Judgment based on astrological signs 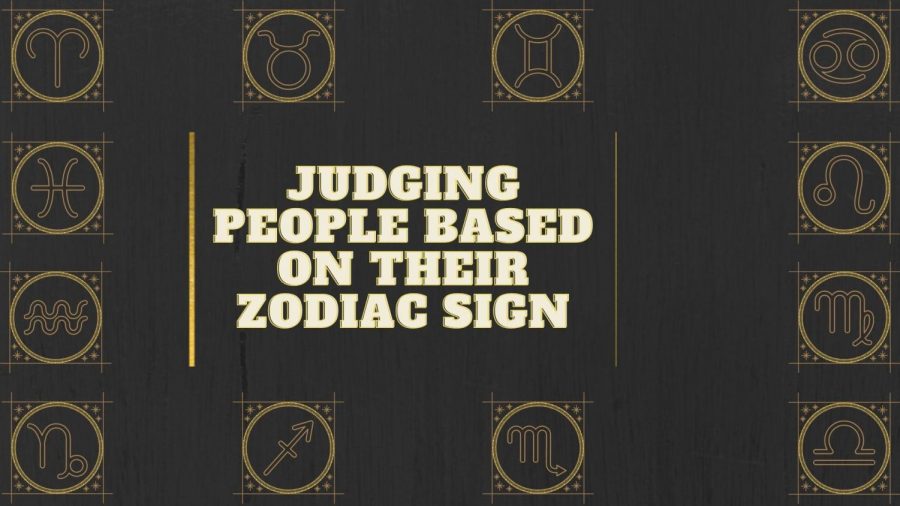 In 1894 BC. people who lived in Babylon created astrological signs based on the position of the sun on people's birthdates. Since then, people have gained even more of an interest in zodiac signs. Individuals have judged others based on what their astrological sign says about them and caused people to think that the signs define who they claim to become. These zodiac signs do not define how somebody thinks of another person.

Each zodiac sign, marked by a unique symbol, rules over a certain set of dates. Lately on TikTok, videos on opinions of the different signs by means of rating, judging, and predicting the future have become very popular. Creators, such as notmickeynolan create content about zodiac signs and how they would treat them based on their personal sign preferences.

“People that gained interest in astrology and zodiac signs usually say that I am overly sensitive, moody, and caring because I am a cancer. In my opinion I do not think I am sensitive or moody at all, but I am the caring part,” freshman Ryan Vickers said.

Individuals on the internet state that every zodiac sign acquires different characteristics and traits. For example, Aries’ reputation describes them as arrogant with a bad temper which can lead to other people’s feelings getting hurt. People tend to say that Aries possess traits and habits which categorizes them as the most “passionate” of all of the astrological signs. Others claim that Leos inherit the best traits such as they lead people in a smart and methodical way leading to success. Astrological signs do not define a person and how they act or how people should treat them. A variety of  people’s actual characteristics do not match up with the characteristics given based on their zodiac. This shows that just because someone’s zodiac sign describes them a certain way does not make them as reported. Other people believe that astrological signs appear as arbitrary; meaning not scientifically proven, but solely based on people’s opinions.

Numerous people believe that those who follow astrology too closely need to be careful and not let the stars interpret what describes them and how they live their lives. Various individuals think of astrology as entertainment while others think of it as something serious they need to live by, which they should not because everybody has similarities and differences. One con about astrology claims they do not predict our future and how we will react to anything that hits us in the future. Zodiac signs do correlate some type of relationship to the way we behave, but still do not define us. What we think of ourselves and what we acquire interests in, like art and different types of sports, defines us as individuals, nothing else.