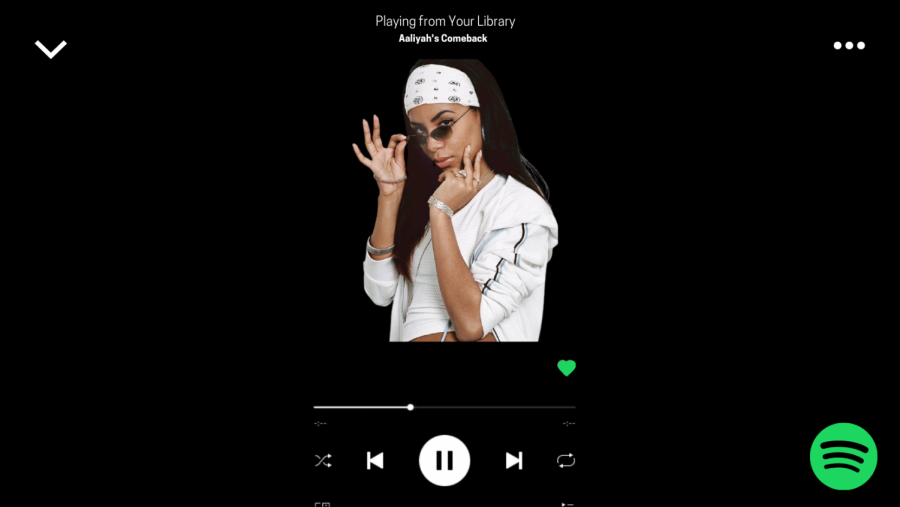 20 years ago the world lost one of the most talented artists of its time. The Queen of Urban Pop, formally known as Aaliyah, passed away leaving a huge legacy and record-breaking music behind. However, she finally returned when her label, Blackground Records, decided to release her hit sophomore album, “One in a Million”.

On August 25, 2001, the Princess of R&B, better known as Aaliyah, died in a plane crash while shooting her “Rock the Boat” music video. Due to this tragedy, her family refrained from re-releasing her music to streaming platforms. However, as of August 20, 2021, her music launched on all streaming platforms available to the public.

However, Aaliyah’s music style exceeded her time. She used popular modern beats such as drill and paired them with popular R&B beats from her time. She also used Afrofuturism and metallic tech in her music, such as the 2002 vampire flick “Queen of the Damned” and the “We Need a New Resolution” music video. Aaliyah’s music combined the urban aesthetics of Usher and Brandy, with the teen pop aesthetic of Christina Aguilera. Her music also differed from other well-known pop artists in that time such as Brittney Spears and NSYNC.

When Aaliyah died in a plane crash, it put the entire early 2000s music industry on hold. Her family made it clear that her death majorly impacted them. Since the music industry changed in the early 2000s, Aaliyah’s record producer Barry Hankerson wanted to make sure that he released her music at the right time.

Following Aaliyah’s death, people constantly complained about the accessibility of her songs. This month, her 1996 sophomore album, “One in A Million”, launched on Spotify, Apple Music, Amazon Music, Tidal, and Youtube Music, as well as other music streaming platforms. This album features her long-time collaborators such as Missy Elliot, Timbaland, and Slick Rick. The album consists of songs such as “If Your Girl Only Knew,” “One in a Million,” “Got to Give it Up,” “4 Page Letter,” “Hot Like Fire,” and “The One I Gave My Heart To.”

“I feel like it is great to continue getting her impactful music out there and carrying on her legacy. My favorite song by her is “Are You That Somebody,” magnet junior Allyson Kirksey said.

Aaliyah’s record label, Blackground Records, announced that the rest of her music will release further into the year. Her soundtracks for the film Romeo Must Die, Exit Wounds, and her hit single, “Try Again”, arrived on September 3rd. Her last album, Aaliyah, and compilation albums, “Ultimate Aaliyah”, and “I Care 4 U”, will launch on October 8.

The late artist’s re-released album seemingly topped the charts overnight. According to Chart Data, Aaliyah’s hit studio album, “One in a Million”, reached number one on U.S iTunes. This album also reached the top ten on the daily version of the Rolling Stone Top 200 Albums Chart, at number eight. According to this week’s Billboard Top 200 her album, Aaliyah, ranked number one for a week.

Although she passed away, Aaliyah left a legacy greater than she will ever know. The artist’s three albums and 26 singles will reflect her unmatchable talent for years to come. Her music never fails to top the charts and her fans never fail to keep her legacy alive.