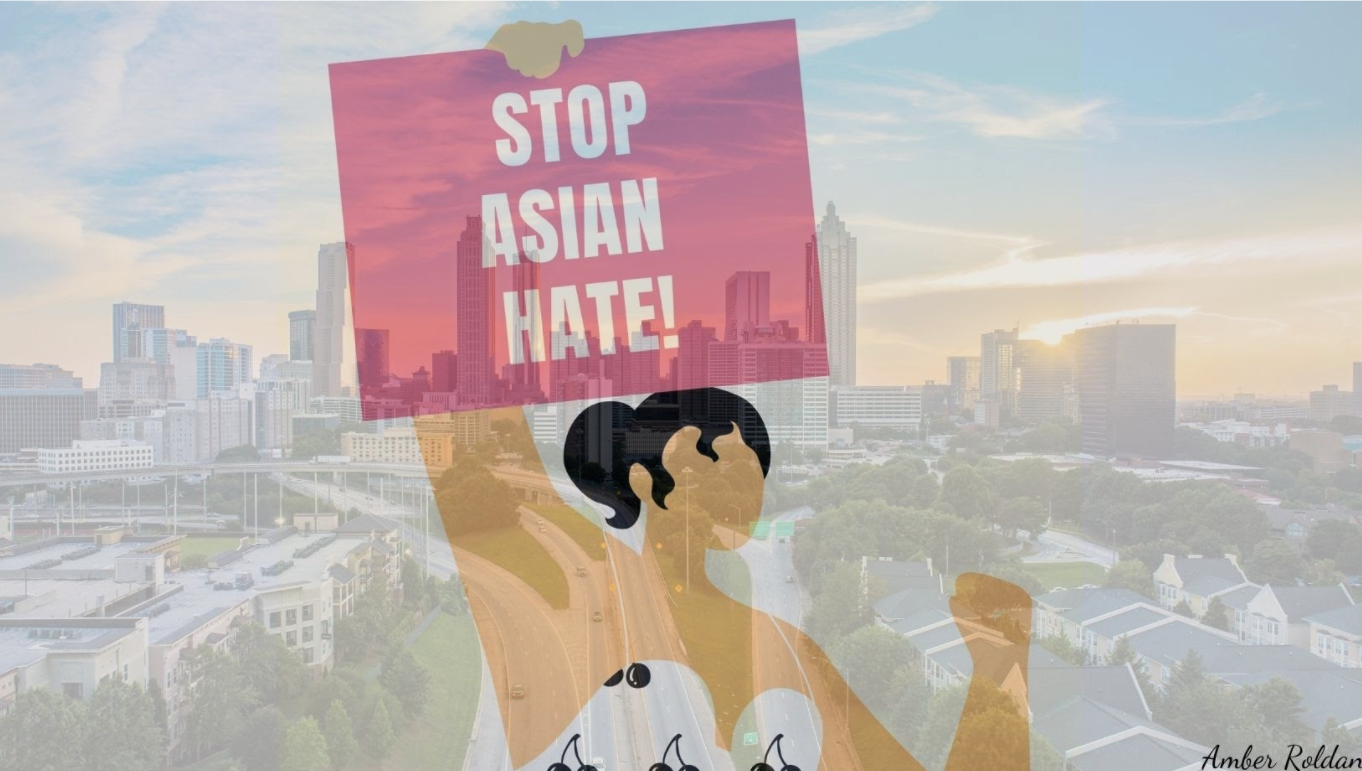 Despite boasting a free and equal environment, America has turned her back on Asian Americans one too many times. Since the COVID-19 outbreak the spread of anti-Asian sentiment and racist rhetoric dramatically spiked. Professionals link this rise with the negative connotation between Asians and the COVID-19 disease. Inaccurate assumptions about America’s Asian communities single-handedly destroy the American dream. (Amber Roldan)

Despite boasting a free and equal environment, America has turned her back on Asian Americans one too many times. Since the COVID-19 outbreak the spread of anti-Asian sentiment and racist rhetoric dramatically spiked. Professionals link this rise with the negative connotation between Asians and the COVID-19 disease. Inaccurate assumptions about America’s Asian communities single-handedly destroy the American dream.

In recent months, Atlanta, Georgia witnessed an overwhelming rise of hate crimes, discrimination, and prejudice toward Asian-Americans. 301,000 Asian Americans call Atlanta, Georgia and surrounding cities home. For each and every one of these Asian-Americans, the skyscraper city of the south becomes an increasingly dangerous place for Asian communities to thrive. Instead of befriending and embracing American Asians attempting to assimilate into Atlanta’s culture, natives continually reject, threaten and harass their Asian American neighbors. In 2020 alone Anti-Asian hate crimes rose a devastating 73%.

Robert Aaron Long epitomizes the rise of Asian hate in Atlanta. On March 16, 2020, the 21-year-old traveled to three massage parlors within 30 miles of each other in the metro Atlanta area. The convicted felon fatally shot eight people, in addition to injuring another. Of the eight victims in the string of Atlanta massage parlor shootings, six were Asian American women.

“The Atlanta shooting killing Asian women hit close to home due to my mom being the same age. I don’t feel safe in public and I worry for my mother when she goes out. There are cops now at the Asian markets and everyone is on edge at a place where we used to feel safe,” said NC senior Kiana Hawley.

While Anti-Asian sentiment has always existed in America, it’s intensification corresponds with the beginning of the COVID-19 pandemic.

“When the pandemic started, the Asian racism and brutality got so much worse than I ever imagined. Although I personally feel safe in public, I worry about my mom’s safety,” said NC Miriam Hein.

A multitude of professionals links the recent rise of hate thrust upon Asian Americans to the insensitive words of former U.S President, Donald Trump. In an infamous tweet, Trump referred to the coronavirus as the ‘China virus’. The harsh wording placed the blame for the COVID-19 pandemic onto Asians across the globe. Additionally, Trump echoed and endorsed the racist term ‘Kung Flu’ while speaking at rallies in both Tulsa Oklahoma, and Arizona during June of 2020.

“[At the beginning of the pandemic] I would sneeze and people would center jokes around me because I am Asian. People would also walk far away from my family at stores even when we had masks on. We’ve gotten more glares than ever during the pandemic,” Hawley said.

Stereotypes Prevent Asian Women From Blossoming into their Full Potential

The term “model minority” defines an insulting stereotype that assumes all Asians exemplify successful high achieving talents because of their race. The Asian American Journal of Psychology conducted a study with 165 Asian American high school students. The institution’s esteemed research proved that 99.4% of participants suffered from the effects of the model minority stereotype at least once during their high school career.

“Asian women probably suffer the most from stereotypes claiming they have to be small, skinny and dainty. Asia already has crazy, unrealistic beauty standards which are now being passed on as stereotypes that people force upon Asians,” magnet senior Miriam Hein said.

The Model Minority stereotype does not constitute the only trope society forces upon Asian Americans. The Lotus Flower Stereotype defines Asian women as petite and passive figures. The stereotype encourages Asian fetishization as society objectifies Asian women. This racist objectification portrays Asian women as an exotic pleasure intended to satisfy the male population.

The multitude of xenophobic tropes aimed at Asian Americans weakens the fabric of society by fostering disunity across America.

The film industry plays a pivotal role in promoting and popularizing Asian stereotypes. For decades, Hollywood movies attempting to make fast cash have preyed upon Asian culture. The portrayal of Asians in movies and TV shows often creates ignorant stereotypes that make it hard for Asians to excel in the movie industry.

“Asians have unknowingly and contentedly slipped into the role of sidekicks, and obedient followers. We have become content with being the non-threatening hard worker or best friend,” Carol Kirksey, a Korean American and Atlanta mother said.

In addition to the poor portrayal of Asian culture in Hollywood, Asian representation in the film industry remains a prominent problem. The University of Southern California’s Annenberg School for Communication and Journalism discerned that as of 2018, Asian Americans played less than 1% of leading roles in Hollywood.

The death of eight Atlanta Asian Americans at the hands of Robert Aaron Long served as a catalyst for activism and the creation of Asian rights movements in America. The shockwave of Atlanta’s shootings elicited a sense of fear throughout the Asian American Pacific Islander community in Atlanta. Protests, social media accounts, and nonprofits quickly entered the scene aiming to alleviate anxiety and inspire change throughout Atlanta.

Disassembling racist stereotypes and preventing the spread of derogatory anti-Asian Sentiment will allow America to uphold the ideal of equality that the country proudly boasts.