Who takes the blame for Astroworld? 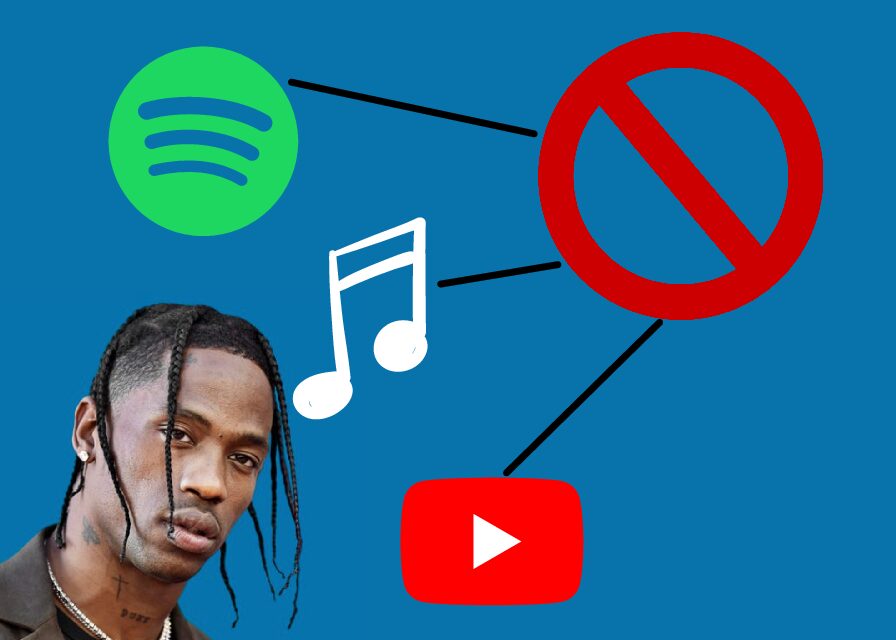 The Travis Scott Astroworld festival tragedy left at least 10 attendees dead and hundreds suffering severe injuries. The physical and emotional trauma that the festival gave them resulted in several lawsuits against Travis Scott. With multiple companies involved in the organization of the 2 day festival, the brunt of the culpability still remains up for debate.

As most know, the Travis Scott Astroworld festival tragedy occurred on the night of Friday, November 5th after a dense crowd surge, leaving at least 10 dead and hundreds suffering injuries. The chaotic tragedy left several families with the devastating loss of loved ones who attended the festival, resulting in numerous major lawsuits against Travis Scott. Between Live Nation, which manages concerts across the country and the venue and security, the brunt of the blame remains debatable.

“In my opinion, it’s only partially Travis’s fault because there are so many things that went into it that were not paid attention to. Even though it was outside, it was completely overloaded and security probably wasn’t the best. There are people chanting “stop the show”, he’s looking at them, like there are videos of him looking back at his management to see if he should continue. Ultimately if he stopped the show immediately there would have been some blame taken off of him, but obviously, that wasn’t something he was going for. Ultimately I do think he is partially at fault, but mostly the management and partially the venue’s fault”, junior Arianna Stafford said.

While Travis Scott’s reputable name leads most to place all of the blame on him, most do not realize that more went on behind the scenes. Known for promoting and operating ticket sales for live entertainment in the US, Live Nation oversold the tickets, resulting in about 50,000 attendees. This plays a tremendous role in the number of fans injured and killed due to the overcrowding of the venue causing suffocation and trampling of others. Additionally, the security at the venue did not protect those who needed assistance during the horrific incident, which also makes them liable. Even though his reputation remains on the line, Travis Scott will not personally pay lawsuits out of his own pocket. With the venue insurance and the other factors involved in the tragedy, he will ultimately not lose or gain anything.

Recently, “Concert From Hell”, a short documentary about Astroworld made a short appearance on Hulu before they expeditiously took it down due to the controversy it caused on social media. Additionally, Travis Scott himself could not take part in or speak in the documentary for legal reasons. The documentary included survivors of the festival, as well as close relatives of individuals who passed away. 20-year-old Natalie Hollis, a survivor of the festival, shared her experience at Astroworld.

“I was with just one friend, and we were being crushed. We didn’t hit the ground, thankfully, but I was stuck between ginormous men screaming that I was going to die, I can’t breathe, I need help. People refused to help us. There were other people trying to escape who was holding the back of my head, ripping my hair out trying to stay connected to me so they could get out with me. I love concerts, and it broke my heart that people died and my friends left terrified. Concerts are supposed to bring people together, and the only thing this brought me was suffering”, Hollis said.

On the other hand, Scott’s attorney, Ed Mcpherson continues to claim that he possessed no knowledge of the surge while it occurred.

“We’ve seen footage of police just walking about and not looking like it was a mass casualty event. Clearly, the important thing is that never got to Travis, never got to Travis’ crew. He is up there trying to perform with a soundproof headset on. He does not have any ability to know what’s going on down below. Certainly on a mass level. He didn’t really understand the full effect of everything until the next morning”, McPherson said.

Understandably, mourners of loved ones and a multitude of others who do not investigate do not wish to listen to arguments in defense of Travis Scott. While his bank account will not suffer, his name and status will, along with a significant decrease in listeners. The blame for this dreadful occurrence remains up in the air as a result of innumerable sides of the story.