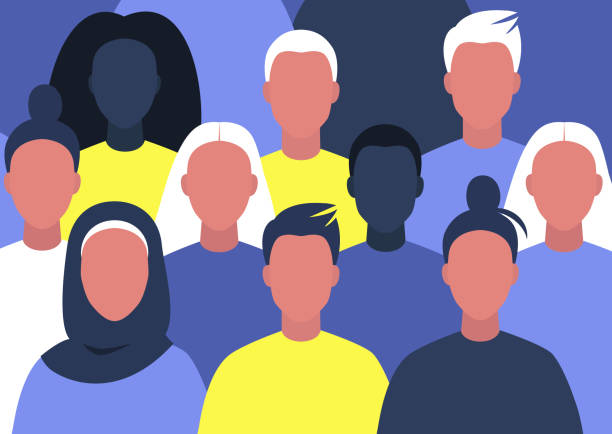 Stereotypes, usually pointed out as just a “small’ comment about a person, can cause effects in a person’s day-to-day life. Stereotypes vary from radical, gender, and how a person behaves. “As a Muslim, I often get stereotyped by many people because I wear my religious hijab. Recently I’ve been stereotyped with ‘bomb threats’. Someone came up to me and said and believed I was going to bomb the library because of the stereotypes that anyone who is Muslim or wears a hijab is going to bomb the area they are in,” senior Nuseiba Glissa. (Courtesy of iStockphoto)

Stereotypes, usually pointed out as just a “small’ comment about a person, can cause effects in a person’s day-to-day life. Stereotypes vary from radical, gender, and how a person behaves. “As a Muslim, I often get stereotyped by many people because I wear my religious hijab. Recently I’ve been stereotyped with ‘bomb threats’. Someone came up to me and said and believed I was going to bomb the library because of the stereotypes that anyone who is Muslim or wears a hijab is going to bomb the area they are in,” senior Nuseiba Glissa.

Stereotypes and their biased stories

Meeting someone from an unfamiliar area usually leads peoples’ minds straight to stereotypical assumptions. A simple definition of stereotypes characterizes them as “widely held but fixed and oversimplified images or ideas of a particular type of person”. Not only do race and ethnicity play a role in stereotypes but religion and gender do as well. According to TED Talk speaker, Chimamanda Ngozi Adichie from Enugu, Nigeria, “The problem with stereotypes is not that they are untrue, but that they are incomplete. They make one story become the whole story.” Stereotypes produce biased stories, along with “minor” remarks thought and said about people or different communities other than one’s own.

Unfortunately, the Black community becomes frequently talked about and stereotyped. Going further back than the Jim Crow Era, the Black community faced countless remarks about their culture and suffered from multiple biased stories made up by other communities. Black face constitutes one of the first stereotypes created during the Jim Crow Era. This hurtful stereotype occurred when White people would use black paint on their faces and bodies to act out stereotypes they wanted Black people to conform with. White people created stereotypical characters such as Uncle Tom, Sapphire, Aunt Jemima. These stereotypes became popular in that era because they portrayed what White people believed, that it reflected Black slaves’ lives. All these stereotypical pictures include smiles that indicate that slaves live “happily” to serve their masters. These stereotypical pictures recently were discarded by Cancel Culture and no longer exist. Black students, unfortunately, go through an enormous amount of stereotypes with Academics and sports. For example, if Black students receive a scholarship, minds go straight to them playing a sport and receiving an athletic scholarship and not an academic scholarship, because of the stereotypes about the Black community only exceeding in playing sports.

“I got a full-ride scholarship, so I went back to visit my elementary school. I was with a teacher and ran into another teacher. The first teacher was talking about my full ride to Boston University. The other teacher was like so what is your sport? I laughed and said I got an academic leadership scholarship. I don’t play a sport,” PBS interviewee and NC alum Shaylon Walker said.

“I came to the US from Guatemala 2 years ago in 2019. I came to find out here in Georgia people are very opinionated with what they say like their thoughts out loud. I play basketball. I’ve played since I was 12 but when I had come here everyone only believed that the Latinx race is Mexican and believed I played soccer and are always shocked when I say I play basketball and I’m always told ‘you speak good English’,” senior Shirley Perez said.

“I have lived in America all my life. I was born here and raised. I get very sick to my stomach when I get told ‘you speak good English for an Asian’ and the normal small remarks like ‘can you even see’ or ‘you eat cats and dogs, right?’ It all just comes out as disrespectful and rude,” Simon Nguyen said.

Going back all the way to kindergarten or first grade, students remember when their teacher would ask for the “strongest boy in the class”. Gender stereotypes arise commonly taught among children growing up with the stereotypical belief that girls cannot arise as strong as boys. Additional examples include men containing more intellectual knowledge than women, men growing messy and unclean, and in the minds of multiple men women occur incapable of doing a man’s work. Stereotypes with gender never narrow down to specific comments or thoughts like others do today. Currently, men take part in more feminine likings. For instance, more men now wear makeup and do their nails. Because of this, these men remain frequently become stereotyped as homosexual. Society inputs their opinions on whether men taking part in feministic activities seem wrong or right. Gender stereotypes can affect a significant number of people because of the hate towards those who appear “different” than what society imposes as “right”.

“As a masculine homosexual girl, I get stereotyped in many places about how people think I act and how people believe I should dress. A hurtful one for me is when I get stereotyped by my fellow peers in the gym while dressing out; because I’m gay, the girls there automatically think I will look at them in a way that is disrespectful or when I want to be someone’s friend they think I want to date them,” sophomore Taylor Albritton said.

Stereotypes mixed in with racism could transpire as hurtful in various ways. Common racial stereotypes often happen in all communities, with the Latinx and Black communities as the main known targets. In the Black community, a high number of false crimes go reported because of stereotypical hate crimes. For instance, to groups of people, Black people come to pass as robbers, threats, and drug dealers all because of the way they dress but in most cases just because of their color of skin. Latinx people are stereotypically profiled as drug dealers, traffickers, and murderers. In some cases, society rules in favor of the White community even when they have falsely accused a POC and lie, painting themselves as the victim. For instance, a White person can claim that a group of Latinos or Black people raped or hit them as a fake accusation, but because of the racial profiling stereotypes in most cases, the accusation will rule as true.

Stereotypes could come up about anything such as teachers, Mcdonald’s workers, groups of people, dogs, almost everything, and anything else. Stereotypes can wage from seeing a particular person and making an assumption about them. Such as seeing an Asian and believing they have made the COVID-19 virus, to immediately thinking a larger person in a store will buy sweets or eat “too much”.