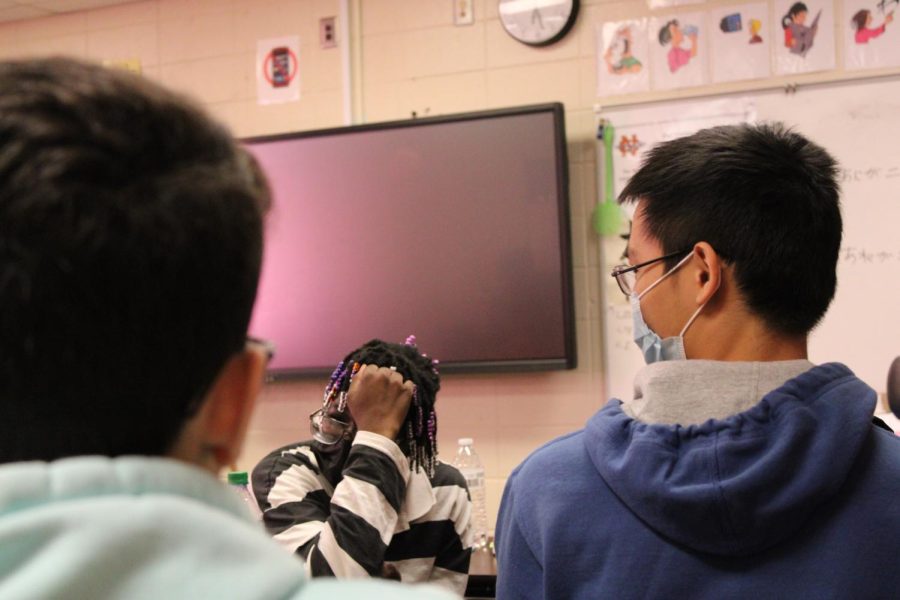 Resulting from the advent of a Japanese cultural explosion in the US, an array of foods, shows and movies found a welcoming, multicultural society in America. An attractive culture constitutes one that can spread through America’s consumer society at a low cost to allow interested companies to profit. Japanese culture ticks all the boxes, offering affordable cuisines through sushi and low-cost entertainment through anime and manga. The Japanese club brings these things close to NC students, allowing attendees to appreciate these cultural aspects for themselves without leaving the school.

NC witnessed the revival of the school’s Japanese club, spearheaded by senior Bryan Casalini. The club meets every Thursday in room 730 under supervision by Japanese teacher Shizuki Yamamoto, who advised for previous years of the club. During the 2020-21 school year, club meetings met little attendance and eventually fizzled out in light of difficulties of meeting remotely. Since then, Casalini revitalized the club and hosts meetings with consistent attendance. He will hold a position as president until the 2021-22 class graduates and he moves on to pursue higher education.

The club tackles Japanese culture overall, offering an insight into a variety of Japanese food, history, language, and entertainment. As a cultural club, it provides members with a diverse perspective of the world around them. It opens doors in the understanding of human nature that otherwise would remain closed for high school students.

“I think Japanese club will cause people to become more interested in Japan and spark their desire to travel there one day. It creates more diversity in NC because we introduce a whole new culture to people,” Casalini said.

The Japanese club also helps prepare students who already aim to visit or reside in Japan. Casalini speculates that he will study abroad in Japan through college transfer programs. People who plan on visiting or residing in Japan will find that knowledge gained from the club will allow them a level of comfort they otherwise would not experience. Another benefit details an understanding of the Japanese approach to technological innovation, increasing the chances of landing a career in Japanese-held companies operating in the US, including Toyota, Honda, Nintendo, and Sony.

With anime and manga’s recent jump in popularity, the world continues to expose itself to Japanese culture, with the U.S. as no exception. A double in the number of sushi restaurants in the US shows that the intrigue around Japanese culture extends past its television and games and into other realms. The Japanese club tackles these numerous ideas and showcases Japan’s unique cultural trends through eating food, playing games, and enjoying other fun activities.

“I like the way [the Japanese people] treat each other with respect and I love their customs in general. Even their religion I find interesting. Learning about these things will broaden your perspective on life. You get to explore your views and learn things you didn’t know about before, so you’re not as closed-minded,” junior Mary Ann Casalini said.