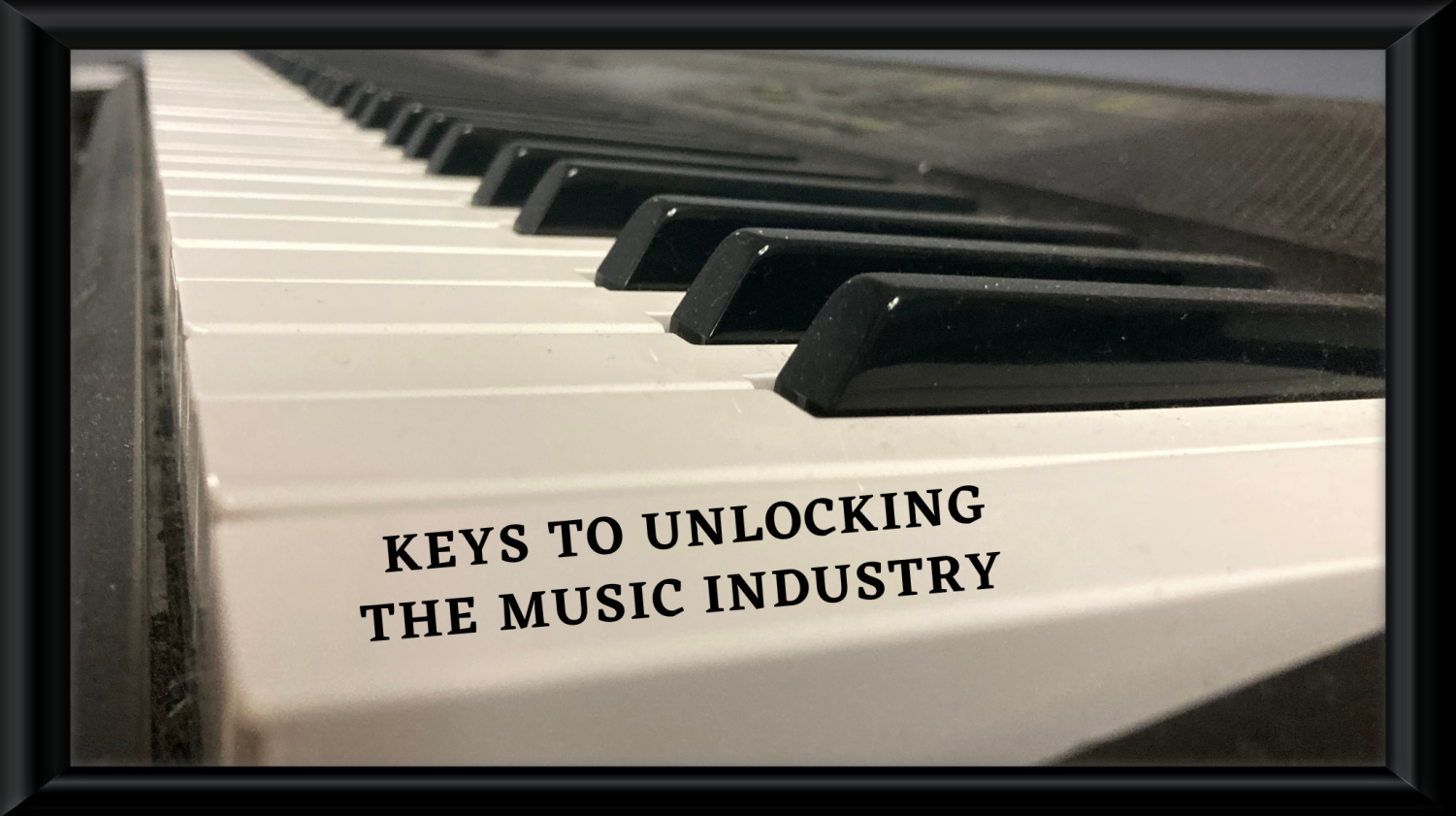 The journey to becoming a full-time artist in today’s music industry stands as both a complex yet attainable task. The main methods of surviving the music industry as an aspiring artist include branding, consistency, Spotify playlisting, live performances and interviews. All of today’s mainstream artists that consistently appear on the billboard charts execute these practices and use them for every single album rollout. (Peyton Stack)

The journey to becoming a full-time artist in today’s music industry stands as both a complex yet attainable task. The main methods of surviving the music industry as an aspiring artist include branding, consistency, Spotify playlisting, live performances and interviews. All of today’s mainstream artists that consistently appear on the billboard charts execute these practices and use them for every single album rollout.

Major keys to surviving the music industry as an independent artist

Over the past decade, the world of music quickly shifted from radio stations and CD releases to streaming services, such as Spotify and Apple Music. On average, around 406 million people use Spotify while Apple boasts 78 million users on a yearly basis. Breaking into the “mainstream” category appears easier than ever for musicians around the world, but doing so can prove difficult for most individuals that pursue this field. With a greater number of people flocking to these powerhouse services, it became increasingly vital for smaller musicians and bands to develop their careers and release their own recorded songs. In order to pick up traction and survive in the modern era of music, artists can try multiple strategies to achieve success in such a social media-dominated world.

“Every time I release a song, I learn a little more about how to promote my art and build a larger following. Though my fanbase is still small at the moment, I’ve picked up a lot of efficient methods that help put my music in front of new ears. There’s still a lot more that I have to learn, especially regarding branding and marketing, but I know once I get my career off the ground, I can continue to climb from there,” NC magnet senior and local artist Bentley Huff said.

When examining today’s biggest artists, such as Lil Nas X and Taylor Swift, people can identify the personal brand each respective musician creates around the music they release. By adding merchandise, music videos, behind the scene content and other interactive features, fans can better connect and relate to songs, albums and projects. For example, Ed Sheeran’s branding behind his album titles which stem from mathematical symbols created a unique aura around his music. Consumers will typically follow and continue to keep up with what artists release in the future. Despite the industry turning to digital services, consumers still receive content that fulfills most of the human senses: sight, sound, touch, smell (in certain cases) and taste. In other words, the art becomes much more than a simple mp3 or wav file.

Sticking to a consistent schedule that showcases an artist’s work and engages followers will drastically increase a musician’s fanbase. In order to separate ones’ self from the other millions of musicians around the world and hold the attention of the younger generation of music fans, consistency must occur across all communication platforms. Examples of marketing forms include song/album releases, monthly email newsletters, social media pages, and multimedia videos. Providing dates and future events allows consumers to look forward and yearn for what a musician will create and release to the public. Another increasingly common form of marketing lies in services such as Patreon, where select fans that pay an annual medium gain excess to more in-depth aspects of a musician’s work. Up-and-coming artist Arden Jones remains an example of an artist utilizing a consistent release schedule. Jones releases a short EP every month, which gives his fans something to look forward to.

Possibly one of the most effective ways to gather streams and improve play counts consists of the simple yet complex algorithm of Spotify playlisting. Playlisting allows consumers to discover up-and-coming artists that do not appear in mainstream genres or circles. In 2017, Spotify reported that 68 percent of listening on Spotify resulted directly from a company or user playlist. Grabbing the attention of Spotify proves challenging unless an artist holds record label connections or created a strong following already. Earning spots on other popular Spotify playlists that regular users control now appears easier for independent artists as they work their way through the musical hierarchy. Finding other artists that create similar music, and connecting with their fans can widen an artist’s audience and expand the fanbase they previously developed.

“Our philosophy is that any good song should have a playlist where it can start and should have a path to the top of the pyramid — no matter where it’s from in the world, no matter what genre. We have the best editors in the world listening to thousands of songs per week and then curating them. We’re connectors. We’re the ones who should know what song goes in the right place so that they can have a path to the top. It’s an honorable and fun mission,” Spotify’s Global Head of Music Jeremy Erlich said.

Whether performing live consists of full-fledged tours, local festivals/bars or online live streams, the ultimate goal remains the same: connect with the audience. By performing up close and personal with long-time fans or even in front of a whole new audience, an artist can attract additional followers based on their own personality or the interpersonal moments their performances create. Hosting meet and greets, posing for pictures with fans or simply bantering with people in the crowd can create a likeliness that directly affects an artist’s branding. Business Insider reported that the band U2 grossed 54.4 million dollars last year, with 95% of their total earnings stemming from touring, while less than 4% resulted from streaming and album sales. Providing the ultimate experience that targets an artist’s audience remains essential to surviving the music industry.

Sitting down for in-depth interviews via recorded videos, zooms, phone calls or face-to-face interactions will provide audiences with chances to know the creator behind the art better. An artist showing off their personality and quirks will attract and connect to those who enjoy their content. Whether these channels field a large-scale audience, such as XXL, or appeal to a tiny indie subgroup, any exposure helps gain traction. With so much content flying around today’s media, keeping fresh and exciting material coming will always widen an artist’s audience. A great example of this technique lies in channels like GQ, First We Feast, and Joe Rogan. Appearing in other popular media outlets further explores the artist’s personality and introduces their music to a new audience of people.

“I was lucky enough to grow in a community of great people, and people that believe in what I do. You’d be surprised at how far a Facebook message can go. I met most of the people I work with through Facebook. I connected with a lot of different networks through Facebook such as Aux London Dancing Pineapple and so on. I would pitch my songs to them and see if they would be interested in releasing them. That’s simply how it all started for me. They would have a huge audience that would boost my popularity and at the same time boost their pages, so it was a WIN-WIN for everyone,” music producer RAMI said.

Surviving in today’s music industry greatly differs from years prior. In the past, artists heavily relied on record labels and executives to promote their music. With such a shift towards independent artistry, musicians rely on a combination of ways to bring in money and attract new listeners. For rookie artists, the road towards success contains various ups and downs but can still provide a grand reward.

“Learning your way through the beauty of being an independent artist is both frustrating yet exciting. The possibilities are truly endless, and I think that’s what most people are excited about when they first start. Half of the music is about art, but the other half is about marketing it,” Huff said.