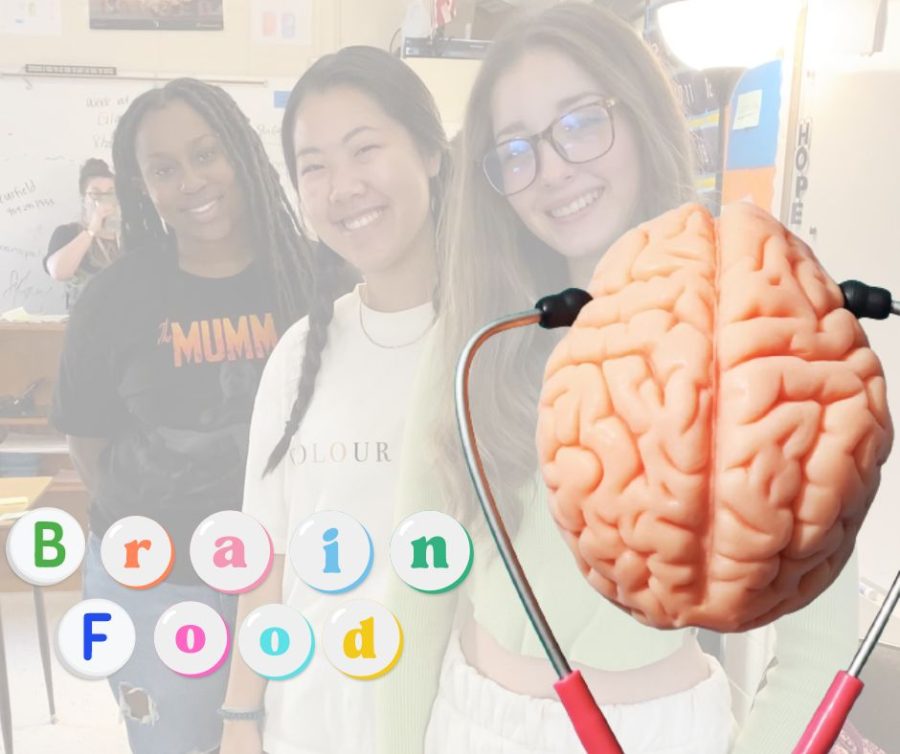 On September 1, the Brain Food club kicked off its first meeting of the 2022-2023 school year. This inclusive club allows NC students to gather once a month to discuss neuroscience and psychology, and to learn about them in a fun and engaging way. As the year progresses, the club hopes to increase its attendance rate and allow it to flourish.

NC starts the month of September with a bang as Brain Food holds its first club meeting of the school year. The Brain Food club serves as a psychology 101 club for students who take on an interest in psychology, social science and human behavior. Although it started in 2019, senior club president Allison Castaneda and senior vice president Alison Bolanos strive to carry on the dynamic of the club and expand its population. Nothing beats meeting the first Thursday of every month to discuss cognitive behavior and sleeping patterns.

Castaneda followed in former president and alumni Ochuwa Garuba’s footsteps as she graciously took on the position of president. She joined Brain Food sophomore year with an avid interest in educating herself about a topic about which she contained minimal knowledge about. In addition to serving as president of the Brain Food club, Castaneda also organizes “Warriors of the World”(WotW), leaving her to take on various leadership roles. Castaneda and Bolanos lead the club with games and activities regarding psychology and sociology to create a fun learning environment.

“I’ve been involved since my sophomore year, so I was able to get very connected to Ochuwa. I really liked our team last year, there was a lot of leadership. I just started coming to every meeting and eventually, I would be the one who made the PowerPoint, so when it was my turn, leading it was easy for me. It’s tough balancing this club and WotW because WotW takes place once a week, while this club takes place once a month; I guess it’s more lenient, but it’s still a lot,” Castaneda said.

On the other hand, Bolanos heavily takes an interest in neuroscience, as she wishes to pursue neuroendocrinology after graduating from college and graduate school. Similar to Castaneda, Bolanos joined the club sophomore year in hopes of exposing herself to her possible career path. These long-term aspirations inspired Bolanos to start NC’s medical club, where she carried the desire to involve herself in stem-based clubs and educate others.

“I feel like being involved in high school activities that have to do with your interest is a great way to expose yourself to the fields. Anybody can join Brain Food because we try to include everyone. I mean sociology, psychology and neuroscience relate to everyone in every aspect of our life, so we really recommend you get exposed,” Bolanos said.

The club serves as a fun safe space for those who wish to start the day on a light note by playing games like trivia and jeopardy, as well as informative exercises. Fortunately, Brain Food caters to those who possess prior knowledge about these topics, as well as those who do not know the first thing about the brain. The inclusion of the club provides a positive environment for all students and provides a learning opportunity. Additionally, individuals form friendships and bonds with people who share similar interests.