What is it like to attend The Hunger Games triple feature? 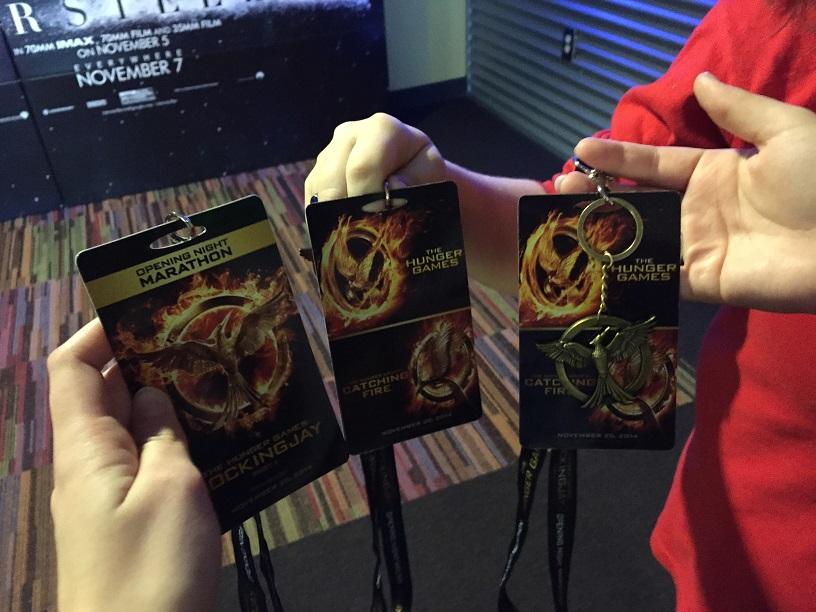 Awesome collectible lanyards are simply one of the perks of opening night. The thrill of superiority, the exclusive, quick-to- sell-out tin popcorn containers, and first pick of souvenir cups make the whole movie-going experience even more special.

Super fans of Suzanne Collins’ The Hunger Games and the film series that brought the books to the silver screen lined up to take advantage of the triple feature at Acworth’s NCG Cinemas on Thursday, November 20, which ended with the premiere of the most recent installment, The Hunger Games: Mockingjay Part I. Fans began The Hunger Games at 2:30 in the afternoon, followed by The Hunger Games: Catching Fire, which follows the plot of the second book in the remarkably popular dystopic series.