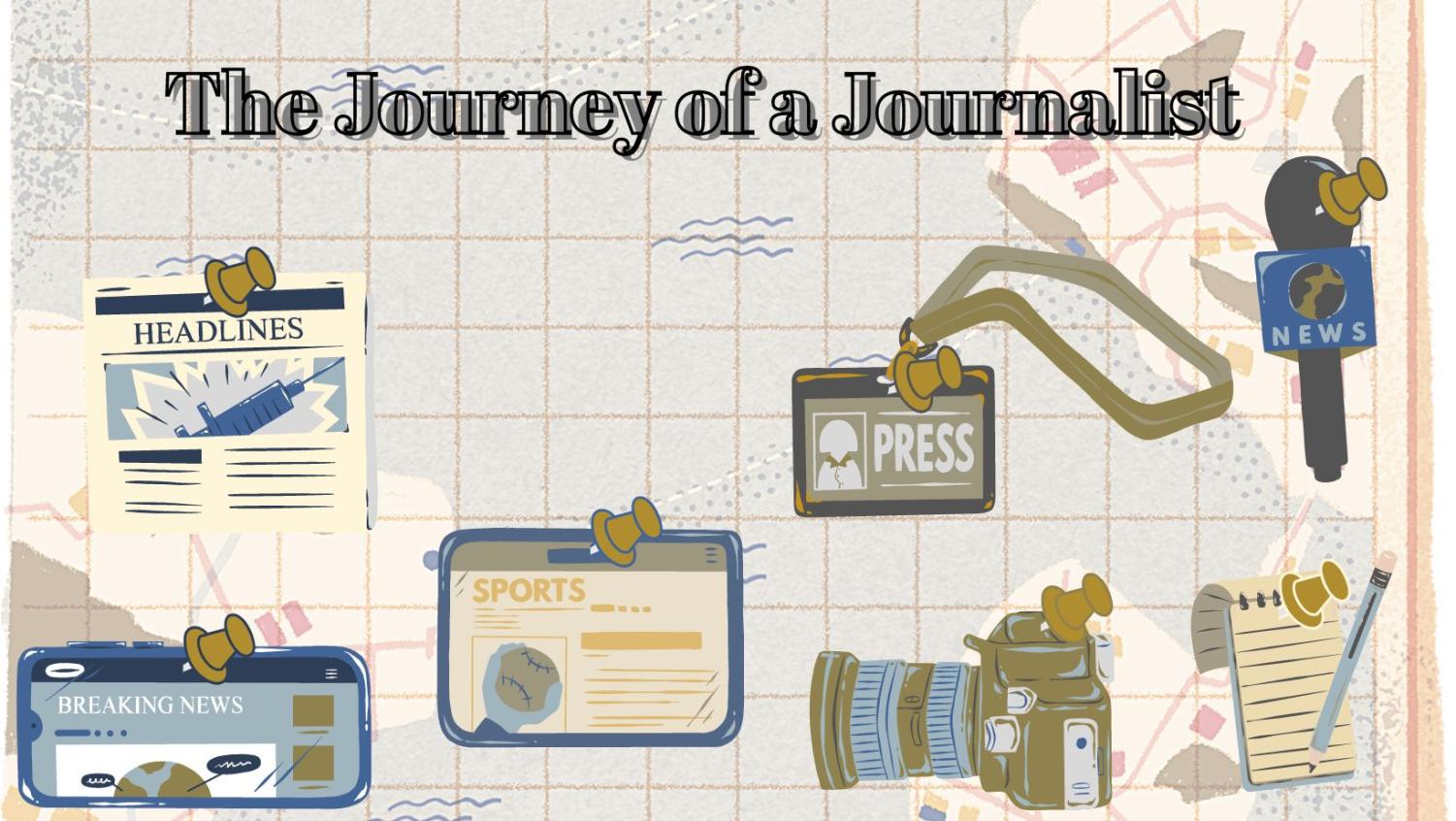 The job of a journalist appears easy from the outside in. One may assume that taking names and telling stories does not require a significant amount of skill or patience. However, after truly taking a deep dive into the life of a journalist it involves not only patience and skill but courage, curiosity and determination. (Ren Lloyd)

The job of a journalist appears easy from the outside in. One may assume that taking names and telling stories does not require a significant amount of skill or patience. However, after truly taking a deep dive into the life of a journalist it involves not only patience and skill but courage, curiosity and determination.

The journey of a journalist

As a journalist, one endures a plethora of obstacles. From placing oneself in dangerous environments to facing natural disasters, journalists do whatever they must in order to tell a story. Although others may use firefighting and policing as prime examples of laborious jobs, journalism truly holds the title of one of the hardest jobs out there.

Over the course of decades, journalism slowly became society’s key source of information. However, people did not always refer to the term journalism as journalism. In the middle ages, the distribution contained a multitude of subcategories similar to today; these include written messages, hearing official news from priests or listening to rumors spread from village to village.

In comparison to the modern-day press, journalists in the past received backlash and limitations in regard to their job. Several people, especially those in power, did not support the thought of widespread media and private information available to the public. Much like the modern day, the government made efforts to censor the people from the media as well as placing taxes and fees on publications. In the 17th and 18th centuries, prior to the full acceptance of journalism and the press, information regarding public issues remained hidden. At other times people exchanged information through word of mouth, aiding in journalism’s name as fake news. Modern-day examples of fake and untrustworthy news include organizations such as TheShadeRoom, Fact, and news sources that show bias. However, this only covers the surface of the struggles that journalists face for years to come.

Journalism contains multiple subcategories such as investigative, watchdog, online, broadcast, opinion, sports, entertainment, news, features and photojournalism. Each of these categories covers the key parts of journalism. For example, platforms such as ESPN and Sports Illustrated cover the latest sports news and details on important current sports events. In contrast, photojournalists involve themselves in the action, taking pictures of newsworthy moments in real time. Photojournalists hold the power to tell an entire story through one picture or multiple in a single gallery.

As a watchdog journalist, one must remain all ears for the latest news regarding politics and gather every single fact from local and national politicians in order to paint the best picture of them. Similarly, feature journalism takes a specific person or organization and dives deep into their lives and their mission. Although online and broadcast journalism thrives off of digital means, it may stand as an important form of journalism to date. Now that modern-day society lives off multimedia and social networks, broadcast and digital journalism do the best job of carrying out any old, relevant or breaking news that the public desires daily. 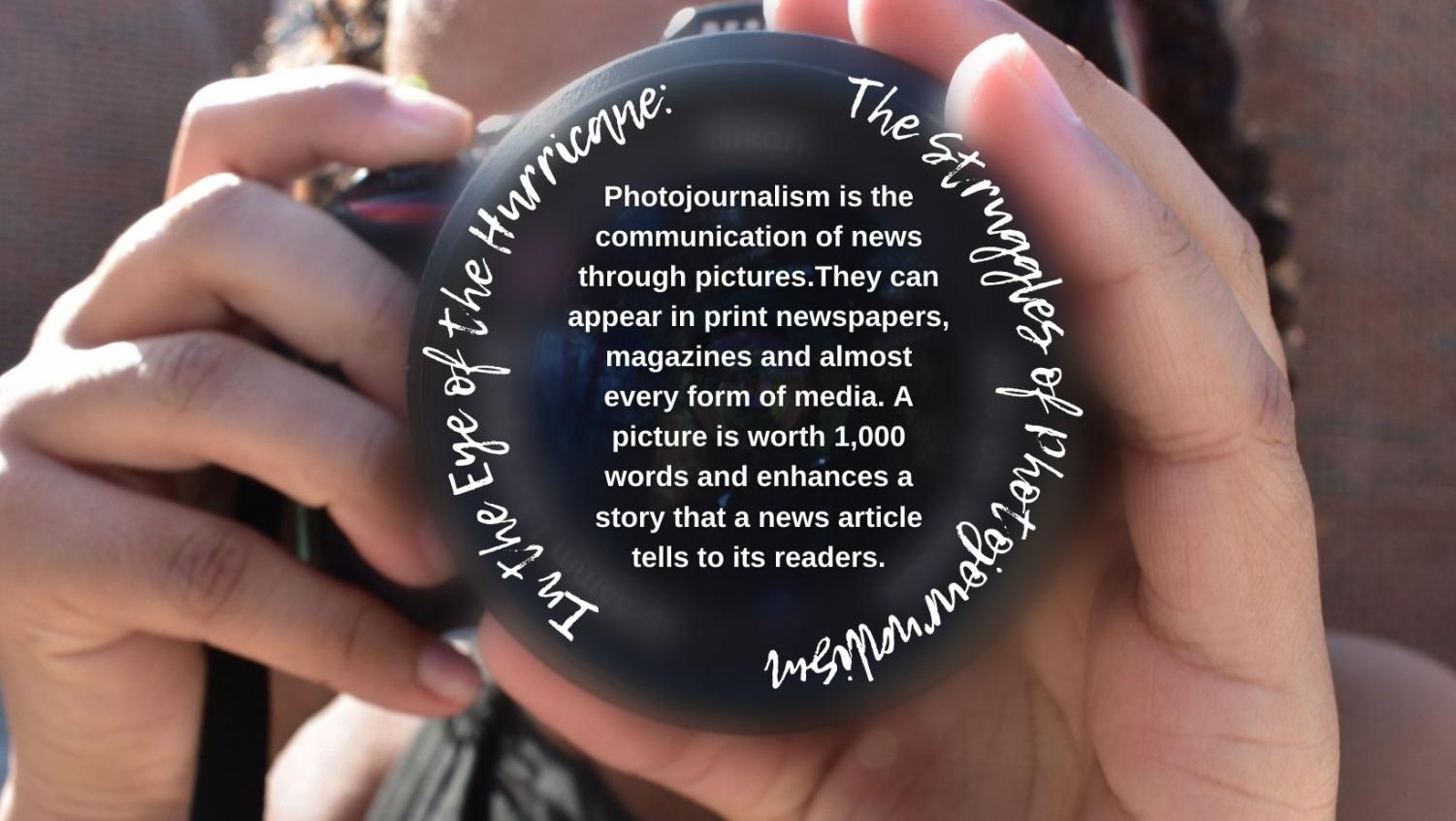 Although society thrives off of the hard work that each journalist puts into their trade, one could consider journalism an extremely draining and dangerous job. Journalists must place themselves in situations where they cannot see the outcome. For example, a journalist reporting a protest does not know whether a bullet could hit them at any given moment. Perhaps an angry protester or rioter will cause them harm, and while journalists work to benefit the public and inform the masses of the latest happenings across the globe, they face extreme amounts of hatred and backlash. In late 2019, student journalists attending Northwestern University received hate for covering student protests against attorney general Jeff Sessions during his visit to their campus. The journalists tweeted photos of protesters and used the campus directory to call them for interviews. Both outsiders and protesters felt offended by these simple practices that journalists normally carry out during their careers, calling them invasive and harmful. Although the staff did nothing wrong, this led to the publication’s almost immediate apology and removal of the editorial.

“In the past 12 years, more than 1,000 journalists have been killed for reporting the news and bringing information to the public. This is alarming. And in many cases, the killers go unpunished,” retired Associated Press journalist Terry Wolkerstorfer said.

Every journalist faces predictable obstacles during their career. These obstacles include missing a deadline or lacking sufficient information for their next story. Additionally, several journalists face people’s increasing lack of trust in the news. Journalists oftentimes receive hatred for simply reporting the truth and remaining completely transparent to regain the trust of the public. In especially severe situations, trauma can become a factor that alters a journalist’s career. About two-thirds of journalists who participated in a study conducted by the Social Sciences and Humanities Research Council (SSHRC), the Canadian Journalism Forum on Violence and Trauma and Carleton University suffered negative effects from graphic and disturbing stories. One in 10 contemplated suicide as a result of their coverage.

One specific incident perfectly exemplifies the dangers that a journalist could possibly face during reporting. Two years ago, a Portland Mercury reporter Kelly Kenoyer went to downtown Portland, Oregon to cover a violent street protest between rightwing protesters and leftwing counter-protesters. For context, a loosely organized anti-government group known as Patriot Prayer made up a majority of the right-wing group of protesters. The Patriot Prayer group was previously associated with other extremist groups such as the Proud Boys and the Oath Keepers. During Kenoyer’s coverage, a member of the Patriot Prayer group reportedly shoved and manhandled her. The same protester put his middle finger up to the camera that filmed Kenoyer as well. Soon after, the two protesting groups became increasingly violent, hurling bottles and rocks. She recalled a rock just barely missing her during the altercation.

“I got close to recording the argument he was having with a counter-protester and he stuck his middle finger up in front of the camera…then shoved me sideways with the same arm,” Kelly Kenoyer said.

Journalists covering various aspects of the violent, tragic attack on the capitol on January 6th, 2021 faced severe amounts of hatred, backlash and brutality. According to Insider, a vast majority of the journalists reporting the capitol breach feared both missing an important element of the story and jeopardizing their safety. News anchors such as Don Lemon, Brian Stelter and George Stephanopoulos received threats regarding their reports of the insurrection. Based on a survey conducted by Pew Research Center, approximately 42% of journalists surveyed say they experienced job-related harassment or threats by someone outside their workplace at least once in the past year. Government officials have constantly threatened the security and freedom of multiple reporters and press organizations, undermining the importance of the first amendment.

“Because of the first amendment, journalists were given the rights and the opportunities to share news and let the public know what it should. Journalists should not be hated or face backlash for simply doing their job. It takes a lot to go out and cover a story and I believe that they deserve a lot of recognition for their job,” magnet senior Brennan Lewis said.

Following the capitol breach, government officials in Congress subpoenaed Indiana freelance photojournalist Amy Harris for refusing to release her phone records. Harris used her phone to take pictures of Proud Boy leader, Henry Enrique Tarrio, leading his group during the capitol breach. At the time, Tarrio faced charges for his contribution to the insurrection and participation in the attacks. The House committee investigating January 6 unfairly placed Harris into a corner for their own benefit. As a result of the difficulties caused to Harris, she rightfully decided to sue the House January 6 committee.

“I exchanged words with them at some point, but I don’t remember what they were. It was all a haze. And there were a lot of rioters that were talking to me or saying things to me or shouting at me. And I used a variety of things I would say to them to kind of try and calm things down, make sure they wouldn’t come after me,” reporter Sarah Ferris said.

Journalists face unfathomable struggles and obstacles during their careers and they deserve recognition for it. Whether a reporter travels overseas to cover a story in Ukraine or a photojournalist captures vivid images of a BLM protest, journalists impact people’s lives in a plethora of ways. Not only do journalists keep the best interest of the public at heart but they never know how much a story can impact society as a whole.