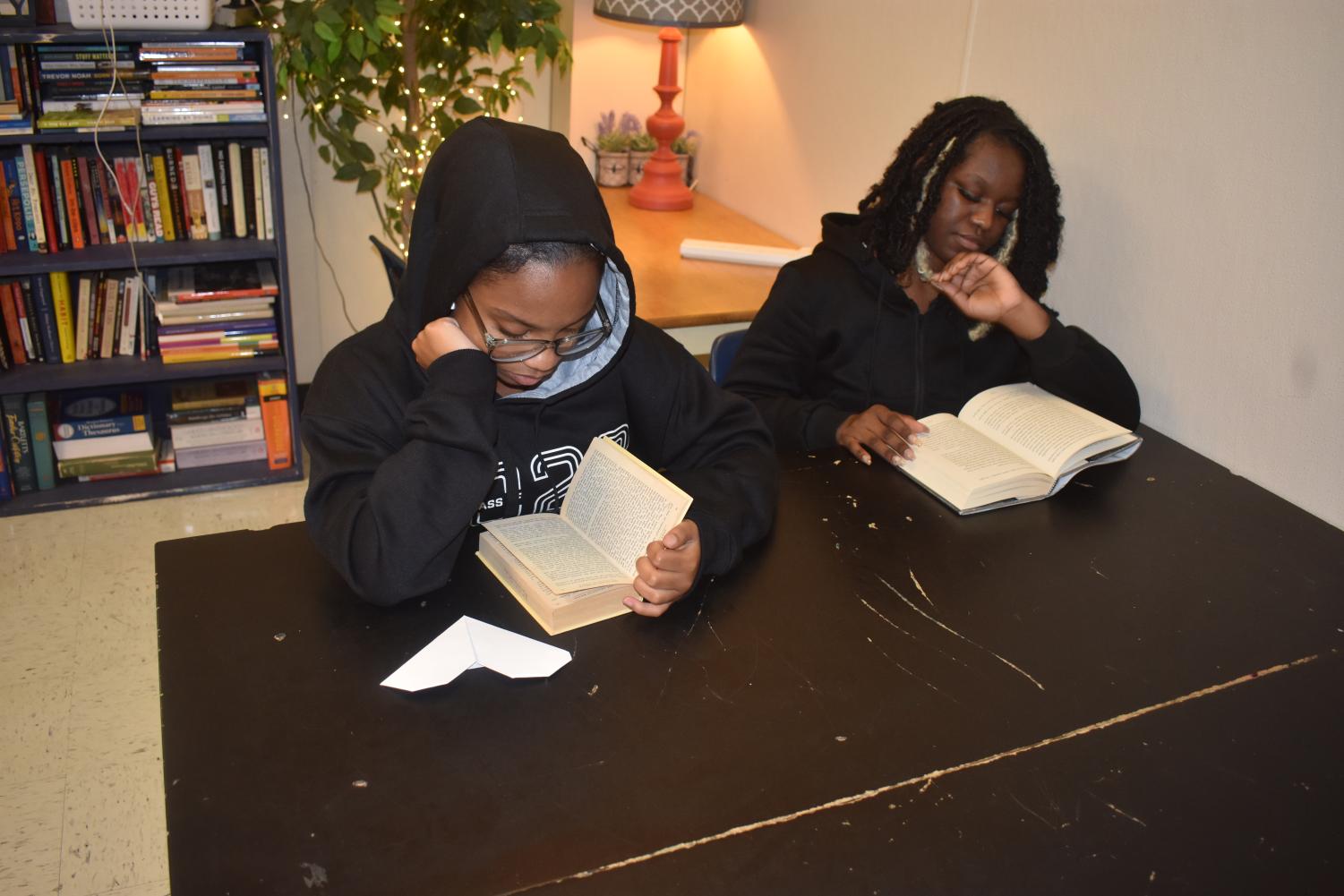 African Americans face constant discrimination in their lives and in their education. High minority schools receive inequality in curricula and teachers. Students lose motivation in their academics due to the prejudice and racism they face on a day-to-day basis. People continue to say that inequality and racism no longer exist and that students should work harder, but numerous facts and statistics say otherwise. (Divine Idiku)

African Americans face constant discrimination in their lives and in their education. High minority schools receive inequality in curricula and teachers. Students lose motivation in their academics due to the prejudice and racism they face on a day-to-day basis. People continue to say that inequality and racism no longer exist and that students should work harder, but numerous facts and statistics say otherwise.

Student immigrants work hard and persevere to become the gold standard for their families to the point they often outperform their native peers. Unfortunately, the US holds one of the greatest unequal education systems regarding race, qualified teachers, curriculum offerings and facilities. Students of color receive different learning opportunities compared to white students. It pushes and increases students to drop out of school, affecting students’ grades and performance opportunities in school.

According to the Higher Education Immigration Portal, first-generation immigrants consist of about 33,000 students in Georgia. Numerous successful immigrants expect their kids to exceed them while multiple unsuccessful immigrants hope for the best for their children. People argue that equal opportunity currently exists and that low achievement of minorities should not blame the system, but rather their genes, culture and minimal efforts. Students who experience discrimination at school tend to bear negative feelings towards it, as they lack the motivation to work hard. This could potentially lead to immigrant students dropping out of school, leading to a deficit in social mobility for their families. 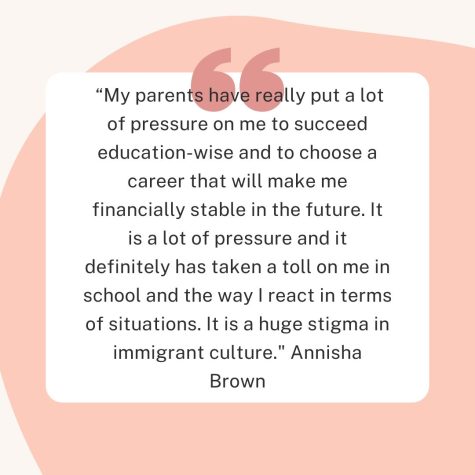 “My parents have really put a lot of pressure on me to succeed education-wise and to choose a career that will make me financially stable in the future. It is a lot of pressure and it definitely has taken a toll on me in school and the way I react in terms of situations. It is a huge stigma in immigrant culture,” magnet senior Annisha Brown, a daughter of immigrant parents said.

Research shows that Black kids facing expulsion or suspension, hold slighter chances to participate in gifted programs, and receive low expectations from teachers. Predominantly Black schools tend to receive less qualified teachers and access to college-ready courses due to a lack of inclusion in Advance Placement (AP) courses. Only 57% of African Americans hold full access to math and science courses for college compared to 81% of Asian Americans and 71% of White Americans. According to Brookings, a nonprofit organization that performs in-depth research leading to new ideas for solving problems stated that non-qualified teachers with low degrees teach students in predominantly minority schools. Analysis showed that schools with a majority of students of color in Alabama, New Jersey, New York, Louisiana and Texas lack resources regarding qualified teachers, and curricular offerings more than schools serving majority white students. On average, national assessments of people of color in English, reading, math and science earn low results compared to white students. 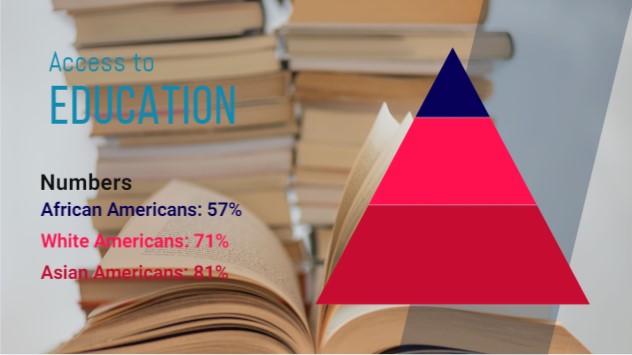 “I think the high dropout rates, in some families or households, education isn’t prioritized and education is not for everyone, but I think that in this day and age, it’s important to get your high school diploma. I understand teachers not getting hired at the school that they wanted to but I still think that they have to take their job seriously, they are cultivating the next generation, and they have to take their job seriously to a certain degree because they are teaching the next generation who will be the head of the world. Students have to drive themselves too, a lot of it comes from your inner thoughts,” Brown said.

Compared to predominantly White universities (PWI), Historically Black Colleges and Universities (HBCUs)such as Tennessee State University faced underfunding by $12.8 billion between 1987 to 2020.  Studies show that the government provides less funding to urban areas rather than suburban districts, and a high percentage of minority and low-income students lack resources, while others in the same district do not. Several minority students live in impoverished urban districts, which suffer from poor educational expenditure and inequity. Funding and tax policies exclude numerous urban districts in which high minority schools tend to receive lower quality books, materials, computers and laboratories to participate in today’s world.

“I’m not sure it’s an underfunding issue [for Cobb] because Cobb County has a formula that’s based on student population numbers. It’s regardless of median household income or anything else. Cobb gives school money equally and that’s why schools can have functions. However, there are structural inequalities within different communities, meaning how many two-parent households, what is the median income, how many cars do kids have access to, what kind of sponsors or partnerships do schools have,” magnet coordinator James Auld said.

High school students now face difficulties obtaining jobs without a high school diploma, causing an increase in the Black prison population. When people of color drop out, it increases the possibility of them entering crime and violence due to their inability to acquire a job. This academic discrimination leads to a higher population of Black/African Americans pushed into crime, and also contributes to police discrimination and brutality against Black youth.

“I think it definitely contributes, but there are so many factors that it‘ll be harder to place, maybe a degree to how much it contributes. Is it home life, general income to the family or type of housing, there are so many things that could affect why a kid drops out of school. There are more new teachers that didn’t make it to the school they wanted, and at the same time there are teachers who love teaching in schools that are very diverse,” Auld said.

SAT/ACT also contributes to the unequal opportunities for Black Americans; They generate questions to target specifically white suburban students.  According to Insider Higher Ed, the SAT/ACT scores reflect Black/Latino family income. Each year, the average continues to drop by one point. In the three-part SAT, those with a family income of less than $20,000 averaged a lower score of 433 while those above 200,000 averaged above 570.

Teachers with low salaries concentrate highly in low-income schools with an unequal teacher-to-student ratio, where they will likely receive fewer educational resources. Class sizes greatly contribute to students’ achievement; minuscule classes receive attention and help, as teachers can provide more attention to each student. However, a substantial class means less attention and time offered to the students; this greatly reflects in high minority schools. The distribution of qualified teachers contributes to the achievement gap between white and African Americans and students possess a higher chance to succeed when assigned effective teachers.

“The beauty of county school systems is that at least the minimum payment of teachers has got to be the same, that’s how taxes work in the whole county. But, for the quality of teachers, that definitely is one of the structural inequalities because it’s a perception issue and where teachers want to go to work, how they feel about the school if there is more of a discipline issue. Yeah for sure, teachers who are less qualified or are less experienced will sometimes be of a higher number than any school with a different reputation and that does too often align with socioeconomic status, which is also linked to race and immigration” Auld said.