Everything is not awesome: Lego movie snubbed 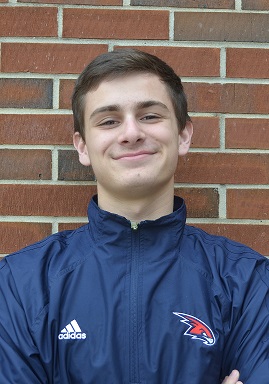 Last February, The Lego Movie entered theaters. The trailer presented an idealized children’s film, but after viewing the movie on opening day, I experienced a comedy that also appeals to teenagers and adults—admittedly, I laughed louder than anyone else in the full house of children. The movie left viewers feeling positively influenced and provided a greater sense of creativity. It encouraged the audience to emerge from monotonous living.

Unfortunately, the Academy viewed The Lego Movie from a different perspective. On January 15th, the Oscar nominees were announced for every category, including the award for Best Animated Film. After anxiously scoping the list, I became confused and realized that The Lego Movie did not receive a nomination.

I first considered it a misprint because this movie belonged on the list. But once I saw an article on The Lego Movie being snubbed from the Oscars, I started to panic. The Lego Movie brings comedic appeal to all audiences, something not often shown.

The main character, coincidentally named Emmet, introduces himself as an ordinary guy who lives according to an instruction manual. And even though Emmet displays no originality and lives a boring lifestyle, the audience recognizes something “special” about him. The Lego Movie surprised everyone, but the actual surprise remains its snubbing from Oscar nominations.

The other listed movies, including How to Train your Dragon 2 and Big Hero 6, do not compare to The Lego Movie. By recreating famous characters, such as Batman, Dumbledore, and Han Solo, into Lego characters, the film makes it seem as if they have known each other for years.

The only logical answer for the Oscar snub: In the end, the audience discovers a real kid has been playing with all the Legos. Instead of animation, the film occurs in live action. However, then it should be nominated for Best Picture.

Other than that, the Academy had no reason to snub The Lego Movie. And I will probably never discover why the most miraculous animated film of 2014 does not qualify for the most prestigious award.