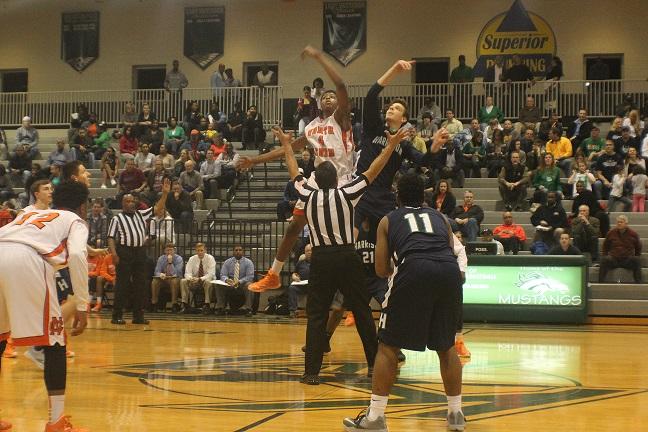 A tale of two successful halves occurred for the Warrior varsity basketball team as they defeated Harrison 60-45 in the region tournament quarterfinal at Kennesaw Mountain. The latter half made the difference and put the Warriors back into the state playoffs after a one year absence.

A close 23-22 game at half, junior DJ Render carried the team with four three-point baskets in the third quarter, tallying 12 of his game-high 23 points to pull away from the upset-minded Hoyas. When asked about his performance, Render gave all the glory to his teammates.

“It was a great team effort on both sides of the ball, and we were able to come up big in the second half,” he said.

In the first quarter, North Cobb senior big man Cedric Council scored a whopping 13 points to open the game. He finished with 19 points and added 12 rebounds to record a double-double.

NC will square off against McEachern on Friday evening, and the Indians will be well-rested, as they have not played since February 6. The two split the season series 1-1, each team winning away from home.

“We split the series in the regular season. They’re looking for revenge; we want to pull the upset,” Lake said.