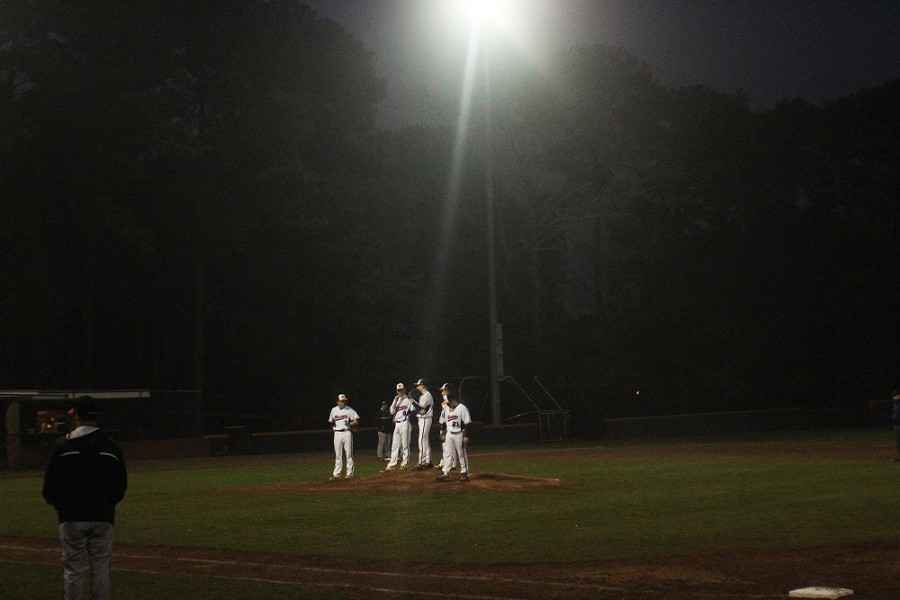 Senior Hunter Clark drove in the game-winning runs and junior Will Stallings pitched five innings of one-run ball to guide the varsity baseball team to a 5-3 win over Cherokee County on March 3, improving their record to 2-1. After allowing only three hits in his first varsity appearance, Stallings believes this performance could go a long way.

“It definitely helps get rid of the jitters and lets me focus on getting outs like I always have,” he said.

Down one in the third inning, sophomore AJ Diaz drove in three runs to give the Warriors a 3-1 lead. Stallings pitched two perfect innings to preserve the lead when senior Sam Fulkerson relieved him in the sixth. Fulkerson allowed two runs on two hits in the inning, but Clark’s RBIs in the latter half, followed by a perfect seventh, gave him the win.

Diaz and junior Tre Kirklin lead NC with two hits each, accounting for four of the Warriors’ eight hits.

The Warriors will look to build on this win as they will play Alpharetta at home on Thursday, March 5.