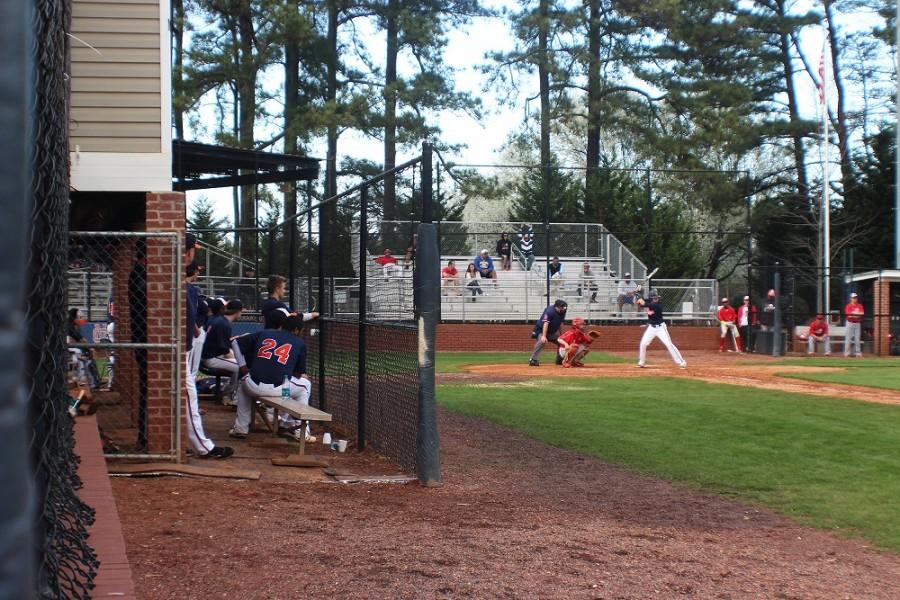 The players sit in the dugout and anticipate the next move as senior Chandler Seivers prepares to hit a homerun.

Varsity baseball completed a two-game sweep of the Osborne Cardinals after a 14-1 mercy rule victory on Monday evening. The win was powered by a seven run first inning along with dominant pitching from senior Sam Fulkerson and junior Will Stallings.

“We’ve been swinging the bat pretty well lately and we just wanted to handle our business and keep the bats hot before we face our crosstown rival,” junior centerfielder Tre Kirklin said.

Senior shortstop Chandler Seivers, junior DH Andrew Eiswerth, and sophomore leftfielder Devonte Cameron combined to hit 9-9 and drive in seven runs. Seivers homered in the fourth and Eiswerth was a home run shy of the cycle.

Eiswerth’s breakout performance fueled him with confidence and raised his spirits after scratching himself from Saturday’s lineup because of a bad pre-game batting practice.

“I had fun playing the game I love today, but we’ve got to be ready for Kennesaw Mountain on Wednesday and we need all the support we can get,” he said.

The Warriors will take on the Mustangs at home on Wednesday and away on Friday to battle for early region supremacy. Kennesaw Mountain, who defeated national powerhouse Lambert and are loaded with MLB draft prospects, will prove a tough test for a young Warrior team.