Counselor of the Year Dr. Shropshire moves on to state competition 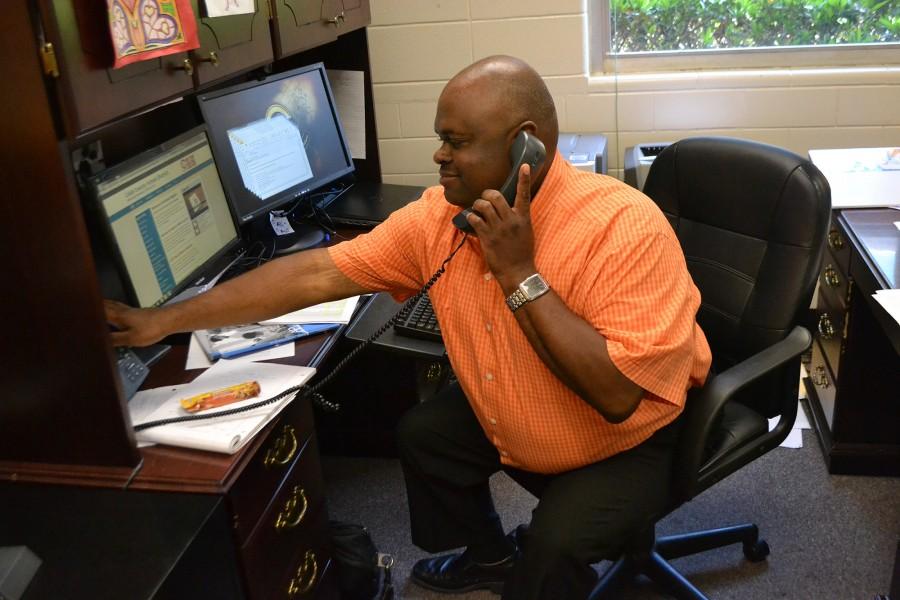 Dr. Shropshire works tirelessly for his students to ensure their success beyond high school. Students actively seek his guidance for college advice, which courses will advance them, and how to get through the stress of high school.

“We’re very proud of Dr. Shropshire. He works as hard as anyone I’ve ever been around. His selfless giving and his servant attitude has really allowed him to rise to the top of the county and to the top of an award-winning program. It’s a great time at North Cobb High School because of him and the leadership he has,” principal Dr. Page said.

Shropshire’s award came while competing against five top counselors in Cobb. He now qualifies for the state Counselor of the Year award, which will be decided next year.

Shropshire points to working with so many different students as his favorite aspect of counseling: “Not every student’s issues are the same, and I like working through whatever they need to work through. I enjoy talking and getting to know my students,” Shropshire explained.

After winning such a prestigious award, most would rest on their laurels; however, Shropshire refuses to. His drive proves one of the aspects that makes him such an esteemed counselor. He has already begun plans for next year.

“I would like to do some ‘lunch and learn’ programs with students and parents in the Future Shop next year. We’d talk about topics such as completing college applications, how to register for the SAT and ACT, and how to search for scholarships. I plan to implement that next year because I really think there is a need for that,” Shropshire said.

Since entering the counseling department, Shropshire has provided relentless support for students’ success. However, his plan for his own future did not include counseling.

Shropshire leads an already stellar counseling staff, as proven by their recent RAMP award win. His experience remains appreciated by students and betters the rest of the talented department, ensuring that every student has an equal opportunity to further their education.

“[Shropshire] brings a lot of knowledge to our department and is very involved in the college aspect of counseling. By him being at NC, it really takes us to another level to help with students,” freshman counselor Mrs. Perlin said.

April 2016 remains the date for Shropshire’s potential statewide Counselor of the Year award, and Dr. Page speaks for all of NC regarding his chances of winning.

“I think he’s already won it. The boxes are already checked. Shrop’s got it.”