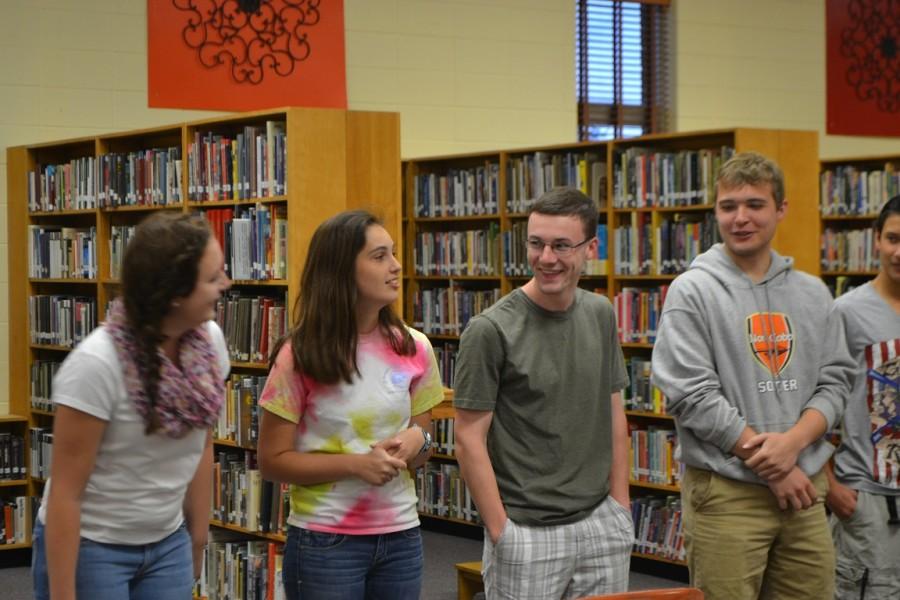 “Netflix, lots of Netflix,” says senior Megan McMillan, a student who truly embodies the title of “most involved.” A soon-to-be graduate of the Magnet program, McMillan participates in almost all facets of North Cobb, most notably as the head delegate of the award-winning Model United Nations (MUN) team.

As a hopeful environmental studies major, it comes as a surprise that McMillan holds such a passion for international affairs.

“My favorite part of MUN is definitely the social aspect, getting to socialize with people and talk about the different topics,” McMillan said. “I also really like the research, which is nerdy, I know, but I like getting to see countries’ points of view on different topics.”

Given this, last year’s seniors thought Megan would be the perfect fit for head delegate. “They had a lot of faith in me,” McMillan expresses.

Besides her leadership roles, Megan recently added another accomplishment to her resume: serving as a mentor on the Magnet Freshman trip to Belize.

“I mentored for Dr. McCoy last year and had remained pretty close with him since I had his class freshman year. I mentioned to him that I wanted to go on the trip, so he pulled a few strings,” McMillan said. “So now, starting with me, they’re going to choose one or two seniors to go on every Belize trip to serve as a kind of traveling mentor.”

She gushes over the trip: “Belize was an awesome experience, we got to do a lot of fun things, meet a ton of cool people. It was just great. While everyone else was out of school because of the snow, we were snorkeling!”

As for where Megan will take her talents upon graduating, her pathway remains unclear. Accepted to The University of Georgia, Mississippi State, and Auburn University, she hopes to major in environmental studies with a focus on conservation and biodiversity. “I want to eventually work as park ranger with the national parks,” McMillan says. A future Leslie Knope indeed.