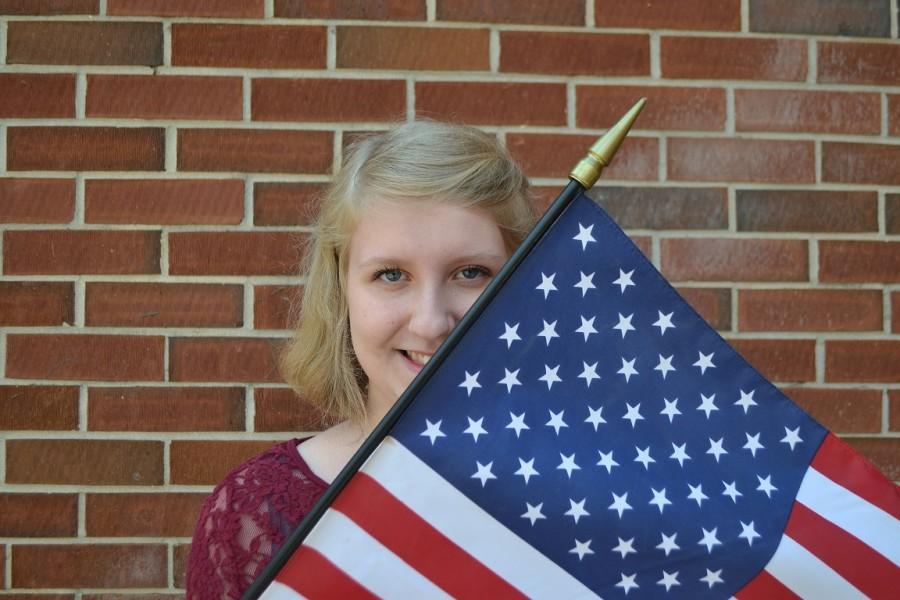 Essi ends her American journey on May 28th.

When Finnish exchange student Essi Karjalainen arrived for her ten-month stay in America on July 26th, her expectations hardly matched the reality of her first day: “I didn’t really have any realistic expectations. My only knowledge was basically High School Musical.”

In reality, Essi’s host family, The Wrights, greeted her upon arrival with a meal from Burger King, her first taste of American food. The Wrights, a family living in Acworth and districted for North Cobb, decided to take in Essi for the school year as Melanie Wright, Essi’s host mom, previously stayed in Finland as an exchange student during her college years. 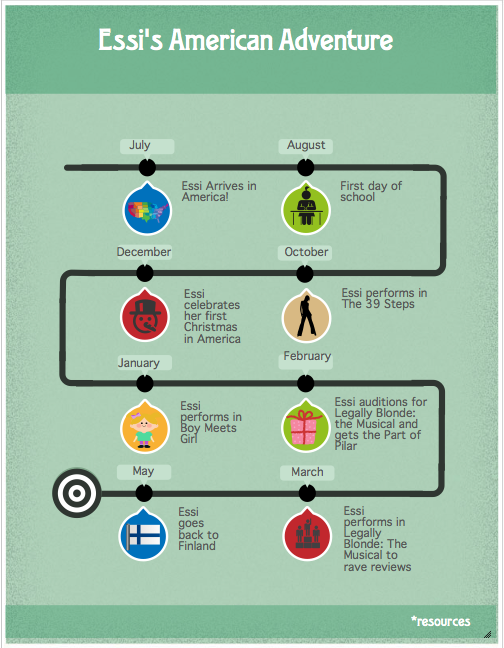 “I didn’t know this in the beginning, but Melanie said that Andrea, my Mom’s host sister, (Essi’s mom was a host student at North Cobb as a teenager) had called her and was like ‘Hey! My friend has a Finnish daughter that wants to come to America, and she’s looking for a host family in Acworth!’ And that same day Melanie had gotten a postcard from her [former host] family, so Melanie was like ‘It’s meant to be!’”

The family consists of Melanie and Jeff Wright, and their four children: James, Erin, Patrick and John. Essi responds fondly over them: “I’ve always wanted a big family, so it’s nice to get the chance to be part of one! I like it because there’s always something going on.”

Two weeks after she arrived, Essi experienced her first day at North Cobb, which she doesn’t exactly regard as ideal.

“I couldn’t find the cafeteria, so I ate in my Lit teacher’s classroom. She tried to help me, but I went looking for it and I couldn’t find it, and I got lost,” she says. “I was nervous about whether I would find all my classrooms, because North Cobb is so big. But I did fine. I got some help too.”

A performer since the age of nine, Ms. Oz’s Advanced Drama class held a coveted spot on Essi’s list of requested classes. After three schedule changes, she was finally placed in the class.

Other than drama class, Essi’s first month in America proved uneventful. “I don’t really remember much of what happened,” she admits. That all changed when Essi decided to audition for NC’s one act production, The 39 Steps, though the American play experience initially shocked her quite a bit.

“Well, in Finland, you don’t have to audition for anything, so this was my first audition. I was nervous and I thought it went pretty bad, but I ended up getting a callback! It was very different because in Finland I’m used to doing our own plays, like, we don’t do ready scripts, we write our own,” she says. “It surprised me that we just started like straight away doing the play, whereas in Finland it would be like we had to improv scenes, and try and come up with some themes, and then it somehow comes together. The 39 Steps was very quick, we just started right away!”

The show also gave Essi an opportunity to showcase her improv skills during a very hectic competition performance: “At the competition… it wasn’t my best performance, a lot of things went wrong. The window that I had in the scene broke on stage, so when I picked it up it was missing a piece. I just left it on the ground! I just performed as if it wasn’t broken.”

After the show ended, she found herself drowning in free-time previously taken up by demanding two hour rehearsals: “Suddenly it was like I had all of this free time; there was no drama. When you’ve been doing a production and it’s over, it’s like, ‘What do I do with my life now?’”

Essi’s exciting life took a halt for the most part during the months of November and December, as she lacked participation in any school production. In January, Essi played a supporting role in the smaller Black Box production, Boy Meets Girl. “Boy Meets Girl was a lot quicker. My role was pretty short so I wasn’t stressing about it. For The 39 Steps, I was a little nervous, but I didn’t stress,” she said. 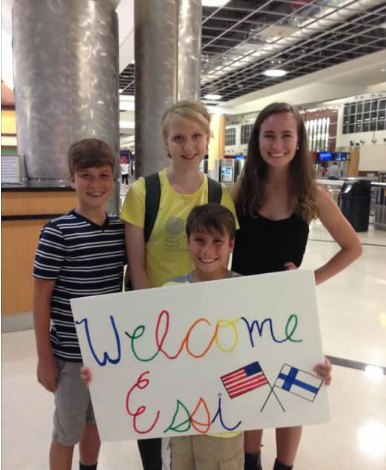 Then happened a moment drama nerds anticipated for months: Ms. Oz announced the Spring Musical. She finally revealed this to be Legally Blonde: The Musical, a choice that Essi raved over. “I had never been in a musical before, so I was excited about that. For my audition, I did the dancing and the monologue before the signing. I sang ‘Good Morning Baltimore’ [from Hairspray], and they were in a hurry because Boy Meets Girl was starting, and I was in that show!” she says. “So they were like ‘GO GO GO GO! SING!’ And we were in the room with all of these people, and I didn’t expect there to be people watching me!”

Although the name did not ring familiar in the beginning, Essi felt excited upon viewing the original musical for the first time: “I had seen the movie a long time ago, but I hadn’t seen the musical so I didn’t really know what my part was like. At first I was really excited that I had some part, but after watching [the musical] I was even more excited! I really loved playing Pilar, it was fun to play a preppy sorority girl.”

After two months of intense four hour rehearsals, Legally Blonde premiered to rave reviews from students and faculty. Three out of the four shows had over 200 attendees, with the Drama Program breaking even on the first night of the show.

“[The show] was a long time, but it didn’t feel like a long time. It went by really fast. Legally Blonde was different from the other productions in that it was more intense,” she said. “We had these bonding moments, like we went out to eat to grab lunch, or dinner. It was like the whole cast was a family.”

Although the Drama Program’s performances always provide a family-like atmosphere, Essi deemed Legally Blonde the best of the three she starred in: “I think it’s always sort of like a family, but this time it was such a big group of people that it was different that way. But even though it was big, it was still tight,” she said.

As Essi’s time in America comes to a close, she reflects over her ten-month stay. “It’s ten months, and if you think about, ten months sounds like along time, but then again, it’s not a very long time. It’s sort of weird like that, but it feels like even when I first came here, the first month, it felt like I had been here a lot longer because it’s like another life,” she says. “It’s just so many new experiences, and I’ve learned so many things. I think I’m a lot different then I was when I came here. I think I’m a lot more open, because Americans are very outgoing, and that has stuck with me.”