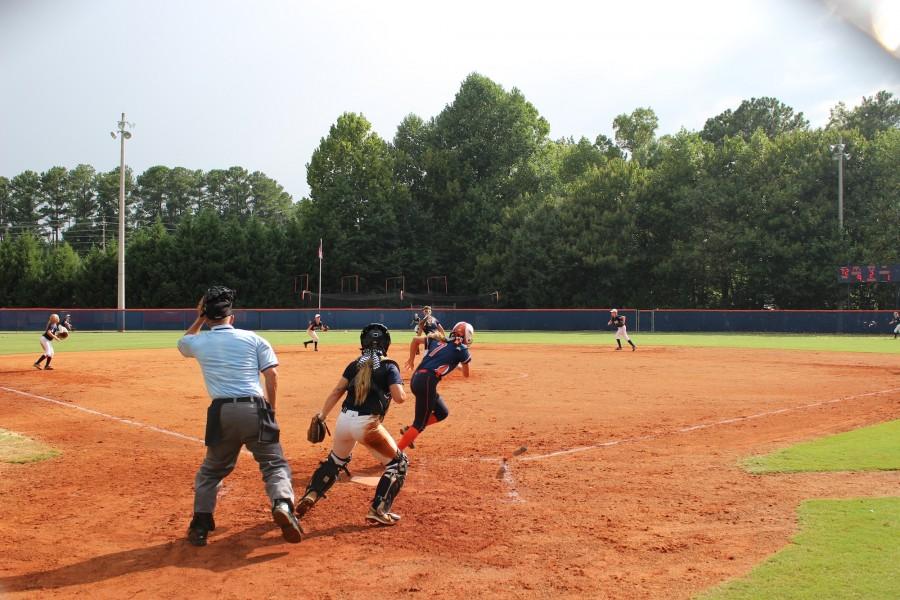 As the leaves change and the temperature cools, student sections fill as fall sports begin. With all four of NC’s fall teams reaching the postseason last year, the excitement and expectations remain high.

After a school record fourth consecutive playoff appearance in 2014, the warrior football team looks to build on their past success and tradition.

“I’m really excited for the season, we have a good team this year,” Lovett proclaimed. “We have the talent to win state, we just have to go out there and put it all together.”

The Warriors roster proves experienced as they return seven starters on offense and six on defense, including four on the offensive line, one of the more tight-knit groups the team.

“It’s a good experience, we all know what we’re doing and we’ve grown together as unit,” said senior offensive guard Michael Reyes. “We can have fun and joke around with each other because we have that bonding and experience.”

“As a defensive team I expect us to dominate on every series, personally I’m going for 100-plus tackles and a few picks,” Pelzer stated.

The transfer of senior safety Torrian St. Romain hurts the secondary as his leadership and experience proved critical to the success of former teams. Senior cornerback Gilbert Blow, along with junior safety Drew Tejchman, need to step up to fill his absence.

NC will kick off the season on August 14 at 7:30 in a full-contact scrimmage on the road against Lassiter.

“We only have four returning starters so its a pretty new group when it comes to starting positions,” senior All-State setter Taylor Parrish said. “We are jelling on the court early in the season and we have the talent to go far.”

A key position battle occurred this off-season as freshman Molly Pember and junior Katelynn Riner competed for the libero position. Since a clear starter stands yet to emerge, the competition continues into the early part of the season.

The Lady Warriors opened the season strongly, defeating Woodstock in three sets on August 6 in their scrimmage.

You can check out the full recap of the scrimmage here: https://nchschant.com/4641/sports/lady-warriors-begin-season-with-victory/

Start tying those shoes and filling those water bottles, because cross country returns this fall. After the girls making county and the boys making state, both sides look to improve their times to come out victorious this year.

“As a team, we are trying to get the girls to advance to state and have the boys place higher in the race as well, I think we are capable of anything,” junior Andrew Gasparini said.

They continue to practice everyday since the first day of school. Practices consist of runs through the North Cobb trials and to Swift Cantrell and back. Their first meet is the Big Peach Ekiden on August 22nd, at Allatoona Creek Park.

After one of the most dominant softball seasons North Cobb has seen, finishing 26-8, the Lady Warriors look to duplicate last year’s performance. In addition to dominating the regular season, the softball team finished undefeated in three tournaments.

Despite losing some key seniors that have moved on to college to pursue their softball career, this year’s team wants to keep improving. On Thursday August 6th, the varsity team beat Campbell 4-0 at North Cobb. The game offered hope for the upcoming season, and looks to blank out their opponent every game.

“This year we’ll probably have to adjust in some positions with a couple new players. but if we keep working then there’s always room to improve and reach goals,” sophomore softball player Jordan Sesan said.

The team plays their first home game Tuesday August 11th, against North Paulding. Make sure to go out and support our Lady Warrior Softball Team to witness the first game of a highly anticipated season.