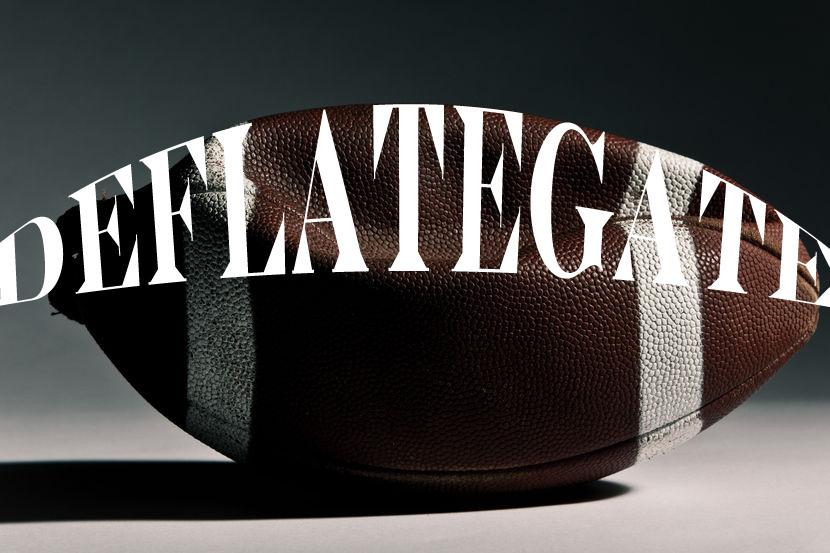 Two staff members duke it out over the contentious Deflategate debacle. (Alex O'Brien)

Two staff members duke it out over the contentious Deflategate debacle.

After reading Emmett Schindler and Philip Wynne’s opposing viewpoints, Chant staffers want to know: what do you think is fair? Answer our poll, comment beneath, or consider writing us a Letter to the Editor. 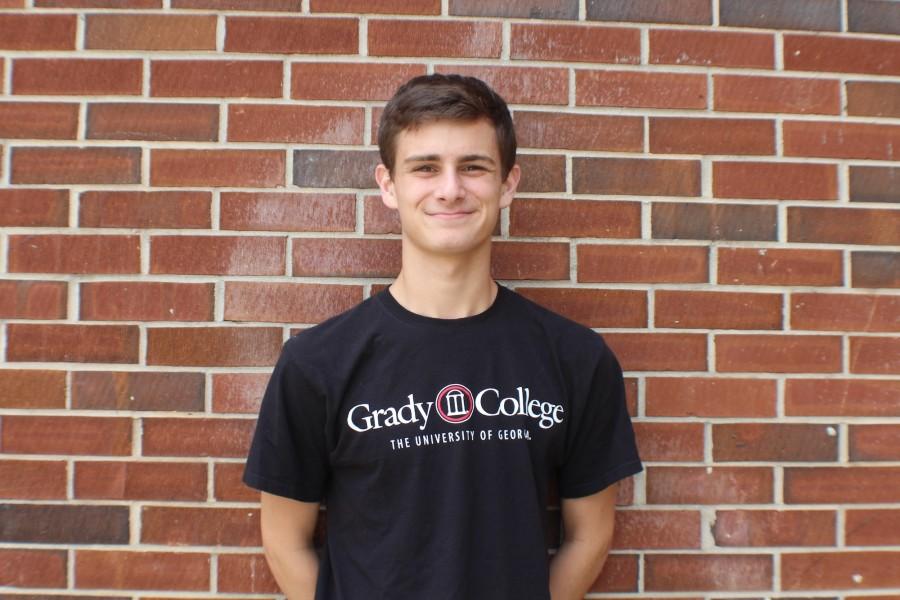 When the New England Patriots received their punishments for “deflategate,” I had to question the integrity of the NFL. Since the NFL has never experienced a scenario in which a team deflated footballs, they panicked and turned to the easiest solution possible: to use the Patriots as an example. The punishment Roger Goodell decided to give Tom Brady and the Patriots proves more than necessary, and action must occur to prevent another mishap.

In last season’s AFC championship game with the Indianapolis Colts against the New England Patriots, the NFL accused the Patriots of deflating the footballs before the game, to obtain an unfair offensive advantage. The referees did not notice anything wrong about the balls until the second half started, with the score at 17-7, New England leading. After the balls were replaced with sufficient ones, the game went on like any other, resulting in the Patriots winning 45-7. After further investigations into the controversy, Goodell suspended Patriots quarterback four games, fined the Patriots one million dollars, and took away two draft picks, creating even more conflict.

After investigator Tom Wells delved into subject, he concluded that Tom Brady “probably” had something to do with the deflation of the footballs. Brady then appealed and gave his case to Roger Goodell and the NFL, which ended in the NFL’s decision to not reduce his four game suspension.

Four games in the NFL, especially the first four, are vital to any starter’s suspension, but without a team’s four time Super Bowl winning, future Hall Of Fame quarterback can prove disastrous. Also, taking four games from a player who “probably” did something, when it was not fully investigated properly, remains nothing short of absurd. In those four games, the Patriots play a divisional game and the NFL season-opener. Divisional games stand the most important games in the regular season for every team, so missing just one can affect not just the Patriots, but the entire AFC East. Most would say four games for Brady works, and some say he deserves more, but without clear evidence that he tampered with the balls, no suspension remains necessary until it proves clear that he had something to do with it.

The one million dollar fine given to the Patriots by the NFL, ties the largest fine in NFL history. Deflating a football in a game, in which it turned out to not even matter in the end of it, got a one million dollar fine. I am sorry, but that just sounds ridiculous. As well as that, the NFL took a first round draft pick in next year’s draft AND a second round draft pick in the 2017 draft. A first round pick for a team has proven over the years to be one of the most important assets for a team, as a surplus of college players prove their readiness for the NFL each year.

Despite each punishment handed by the NFL to the Patriots acting utterly ridiculous, it does not seem like they will reduce the suspension or return the draft picks. The Patriots will just face the unnecessary consequences and do their best to retain their title as Super Bowl champions. 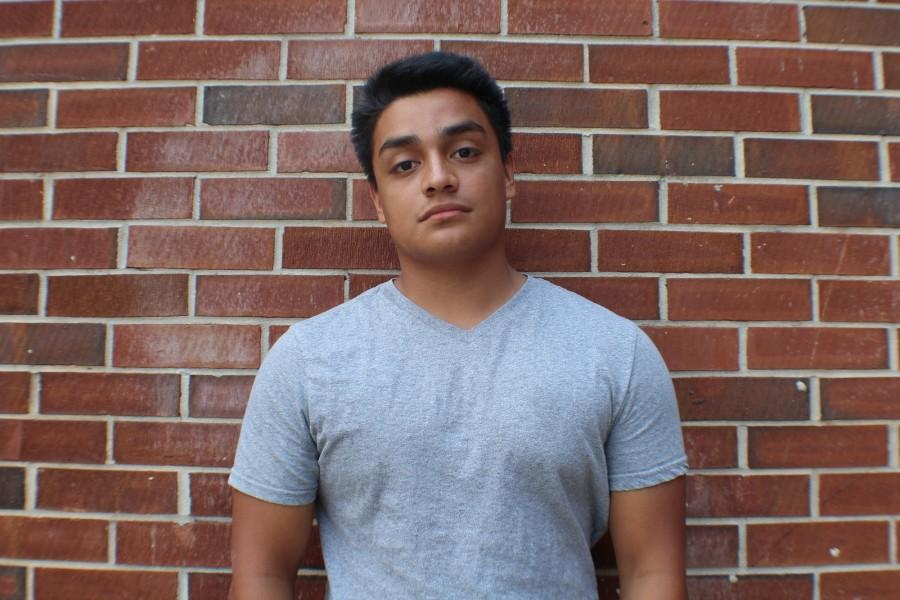 Since earlier this year, controversy created dispute amongst football fans regarding “Deflategate,” involving the New England Patriots and the team’s star, Tom Brady. Patriots fans are upset with the NFL’s punishment for Brady, yet the NFL’s decision remains correct. Tom Brady deserves the consequences for the actions he provoked.

The Deflategate controversy accuses the Patriots of tampering with footballs during the 2015 AFC (American Football Conference) Championship Game by deflating the balls to under 12.5 psi (pounds per square inch), the NFL legal regulation. The NFL directed allegations toward quarterback Brady, Equipment Assistant John Jastremski, and Locker Room Attendant Jim McNally.
Brady deflating footballs in order to gain a competitive advantage stands not nearly as bad as abusing your fiance in an elevator on camera, however, one must remember that this is not the Patriot’s first controversy with the NFL. Back in 2007, the NFL fined Bill Belichick $500,000 and the Patriots organization $250,000, in addition to docking them of a first round pick in the 2008 NFL Draft for spying on opponents’ defensive signals, more formally known as “Spygate.” Thus, Brady’s suspension remains indeed the right move. The NFL suspended Brady for four games (whilst unpaid), and fined the team $1 million and deprived two future draft picks. If anything, this hardly punishes the perpetrators.

A video surfaced a few days after the AFC game that shows McNally bringing the footballs into the bathroom for approximately 90 seconds before bringing them out to the field. This would give McNally time to tamper with footballs, although probably not all of them. @ProFootBallTalk on Twitter mentions that it would take 90 seconds to deflate twelve footballs at a rate of 7.5 seconds per ball, but this exempts the time of taking the balls out or putting them inside the bag. Like I said, not enough time to tamper all 24.

Many Patriots fans may argue that no hard evidence has been found that proves Brady had any part in the deflation of footballs. “There is still no direct witness and no electronic evidence,” noted New York Daily News sports attorney, Jay Reisinger. Although this statement may hold true, the lack of evidence could partially exist because Brady had his phone destroyed before investigators could obtain it. These actions make him look guilty. If Brady had nothing to hide, then why would he destroy potential evidence? Please, spare me the all-celebrities-destroy-their-phones defense to why he did the act. Brady kept another phone that he stopped using in November. Apparently, information did not stand a concern at that time.
In the months before the conflict arose, McNally exchanged text messages with Jastremski, the man whose job includes preparing the Patriot’s footballs. In these texts, McNally and Jastremski discussed the air pressure of Patriots game balls, Brady’s anger with the game ball inflation levels, Jastremski’s plan to provide McNally with a “needle,” and McNally’s requests for cash and sneakers together with the “needle” provided by Jastremski. One can use a sports ball inflation needle to inflate a football (if attached to an air pump) or release air from a football (if inserted without a pump). In one of the texts, McNally even made a fatal mistake by referring to himself as “the deflator,” as shown in his text reading, “Nice dude….jimmy needs some kicks….lets make a deal…..come on help the deflator.”

Brady and the Patriots would have defeated the Colts in that AFC Championship Game even if the football were not tampered with. He did not need the deflated ball advantage that he wanted from accomplices. Not only did his actions make his team look bad, it also has damaged his reputation and legacy. Was this controversy all worth it? Probably not, and I bet Brady upset himself because of this mistake. Brady himself did not do most of the work but he did try to cover-up the poorly sought out plan. Therefore, he and the others involved deserved punishment.