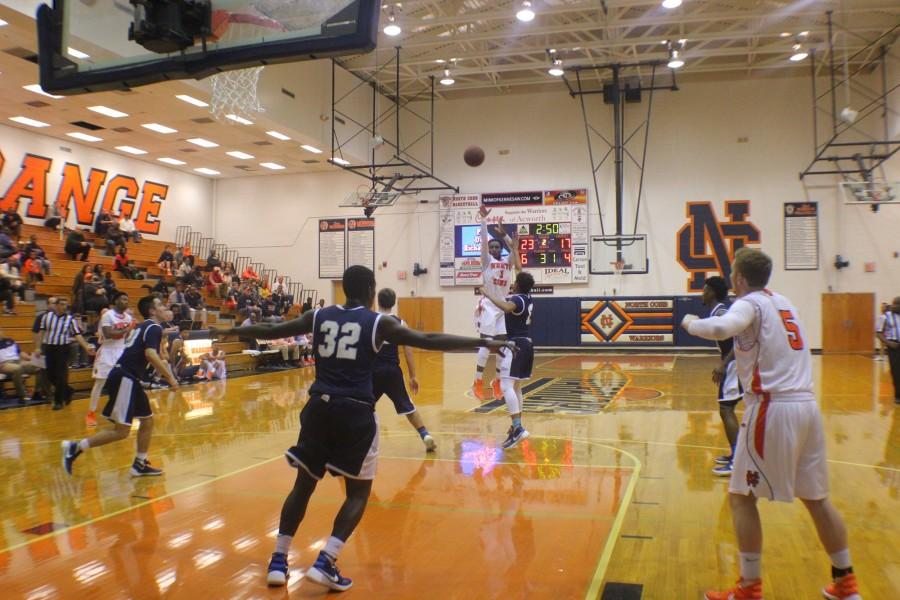 Shooting guard Kenny Ume (#1) sinking a three-pointer during the second quarter of the game. “I think the season’s going to go pretty well if our team stays positive, we keep working hard, and we keep pushing each other,” Ume said.

Behind another monster performance from senior forward Kenny Ume, boys varsity basketball coasted to a 61-45 victory over the North Paulding Wolfpack on Tuesday night. The win marked the Warriors’ fourth consecutive after a dismal 0-3 start, but more importantly, gave them an early lead in the region standings.

Ume scored 19 of his 22 in the first half, highlighted by 11 straight during the second quarter, which featured two three-pointers, an “and 1,” and a hook-shot over a Wolfpack defender. NC took a 34-23 lead into the break and outscored North Paulding by five in the second half to claim victory.

“It was probably the best game we’ve played in terms of  chemistry and executing,” senior forward Myles Lake said.

“Hillgrove is one of the region favorites so we need to come out and play with everything we have to stay undefeated in the region,” Lake said.