A place for Trump in our hearts 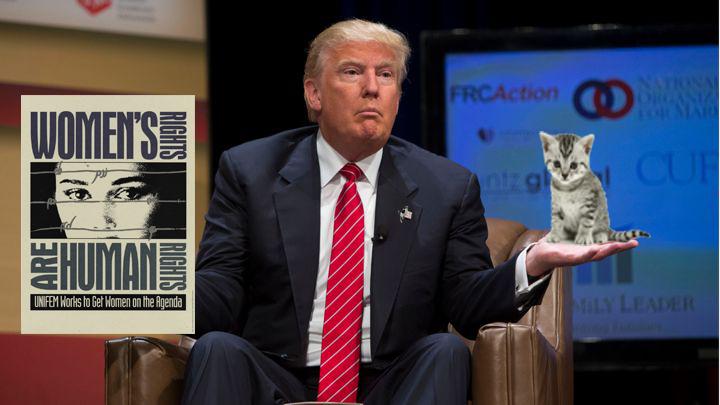 Donald Trump, the democratic front runner of the 2016 election, held a press conference last night to discuss the pending threat of climate change. This did not come as a shock to his supporters, as Trump’s appearance at the Paris meeting to support a green future made global headlines for weeks.

Trump, for the first time in 20 years, stands out as the best candidate for this election cycle. His flexible plan and impressive follower base suggests that he will surely “make America great again” sooner than originally thought. In fact, the GOP and President Obama reportedly held a meeting to discuss Obama leaving office before the election, and Trump taking his place.

“I feel strongly that the American public needs a leader like Trump, especially now with the refugee crisis and the strain on the environment. I’ve already aged 20 years during my suffocating two terms, I give up. My white flag waves, I am tapping out, ready for someone else to go in. I don’t have enough hair to try and make peace between two more countries, Trump needs to take over”.

As a global leader, Trump keeps a neutral position on sensitive issues. He also heavily focuses on humanitarian and philanthropic efforts, in an attempt to heal America. Trump says abortion, “Is a very serious problem and it’s a problem that we have to solve… I am against it, yes, I am pro life. There has to be some form of punishment for the woman”. With the woman’s rights activists of the world standing behind him, Trump contentedly continues on the campaign trail.