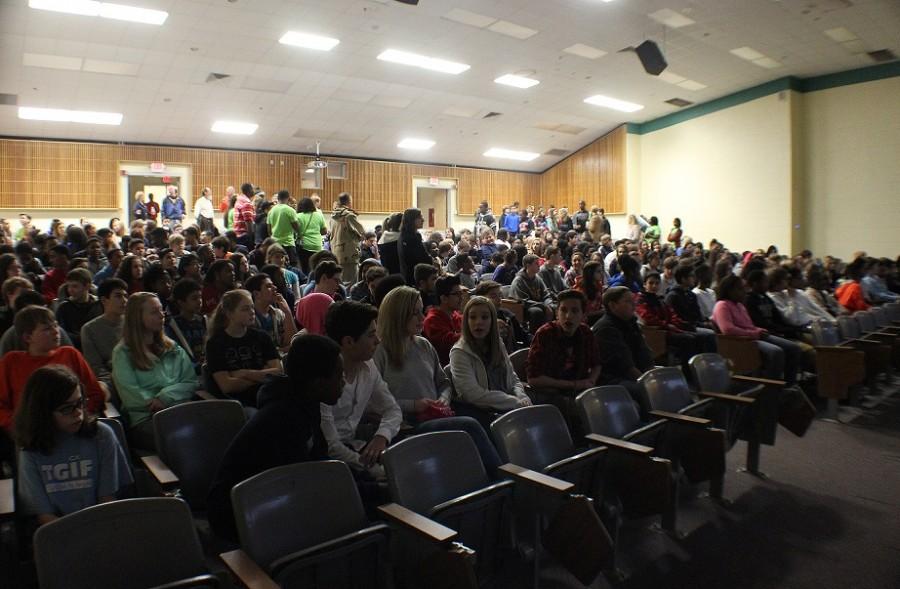 Members of SWARK kids held a meeting to discuss requirements.

The Magnet program, established at NC in 2006, forever changed the class system at the notorious high school. The addition split a line through students part of the program and those apart from it, designating children as “Magnet” and “non-Magnet.” Long forced to conform to their degrading nickname, non-Magnet kids insist now that NC address them by their new title: Swark kids.

“I’ve always hated the name ‘non-Magnet,’” sophomore Natalie Meredio confided. “It always felt like an insult. Like the Magnet kids have this and that, but if you’re non-Magnet it’s like they’re calling you not smart. So we came up with something new.”

Students intended the name Swark, derived from the useful tool the Swiss Army Knife by taking the first two letters from the first two words and the first letter from the last word, to represent the vast diversity offered by Swark students.

“We’ve got everything, you know,” junior Liam Brasney said. “Swarks come from all walks of life, all ethnicities and races and religions, all motivation and IQ levels. We’re more diverse than Magnet kids, and we get slapped with their name like we’re leftovers? Something had to change.”

Posters invited kids dissatisfied with the name to a meeting on Tuesday afternoon, March 28, to create a new one. Dissent roiled over the meeting initially before students united to form the name Swark.

“We felt it was fitting,” senior Mariah Feexit said. “Swiss Army Knives and magnets can actually go really well together. And we’re not looking for a fight with the Magnet kids, a lot of us have Magnet friends, we just didn’t like being known as ‘others.’”

Magnet kids largely approved of the new name, thinking it creative and intriguing. Many students vow to use the name from now on, as a show of unity and community between all students of NC.