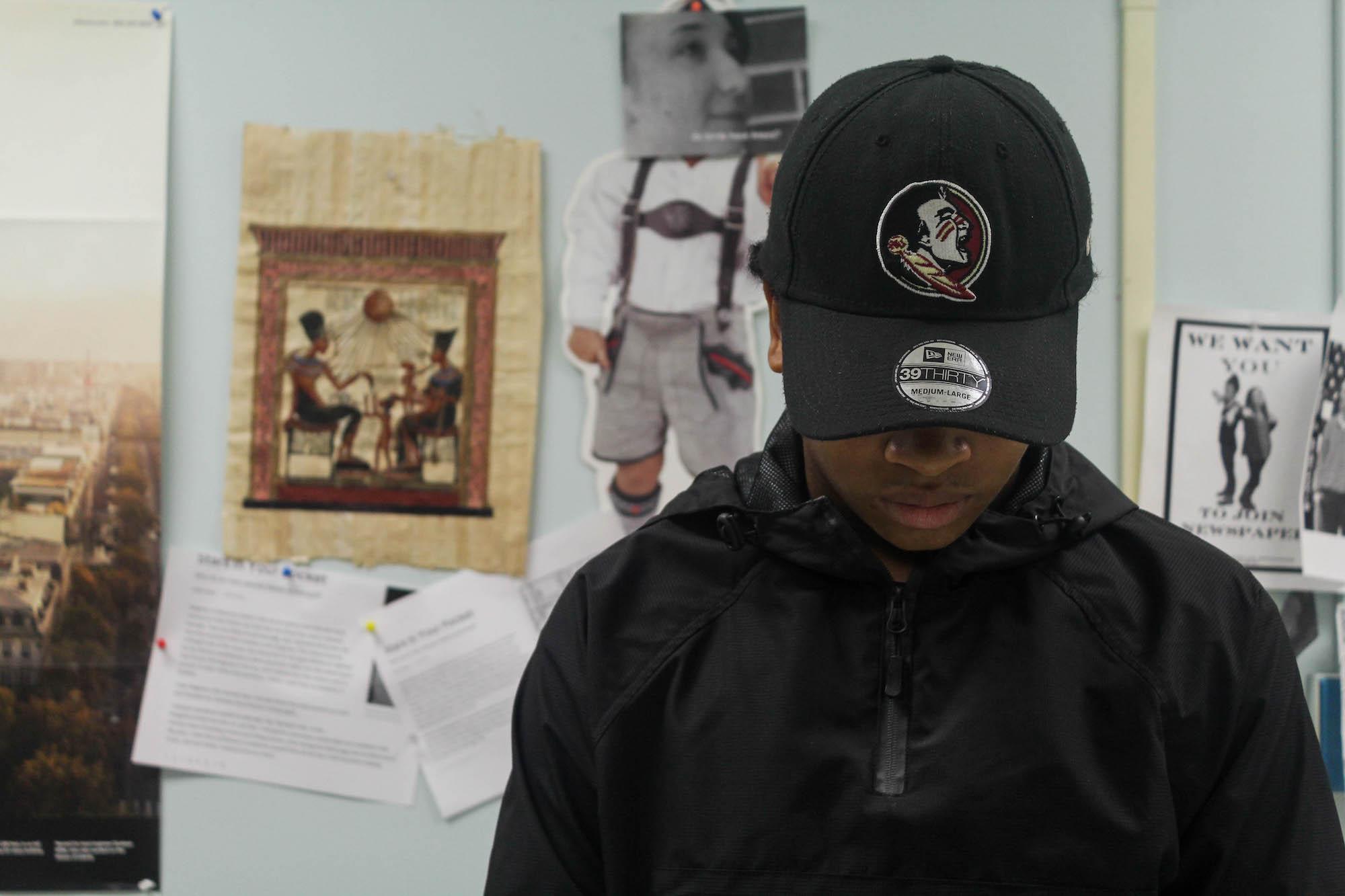 People wear sports apparel with Native American affiliation daily, not knowing the effects it poses on others. (Graciela Soldatenko)

People wear sports apparel with Native American affiliation daily, not knowing the effects it poses on others.

Redskins, Indians, and Warriors: the controversy over mascots modeled after Native Americans continues after decades of dispute. Major sports franchises, such as the Washington Redskins and the Cleveland Indians, began in the early 1900’s when people did not think of the impact such mascots pose on indigenous people. Offensive mascots not only affect the psychological development of Native American children, but also the way people perceive indigenous people as well.

Clyde Bellecourt, co-founder of the American Indian Movement created to improve the conditions of Native Americans, deems the term “redskin” as “as offensive as the N word.” Defenders of Washington’s mascot instead claim it honors and preserves the positive imagery of Native Americans. Contrary to popular opinion, Dr. Michael Friedman, a psychologist with the Medical Advisory Board of Executive Health Exams, explains that “by adopting a dictionary-defined racial slur … the Washington NFL team is not honoring Native Americans [but] using Native Americans to honor themselves … [and] spending billions of dollars to make sure more Native American children are exposed to this racial slur.” In 2015, the American Psychological Association called for the immediate removal of American Indian mascots in all levels of athletic teams due to harm done to native youth.

The media plays a major role in the way people see themselves as well as the way others see them.

“Native Americans are rarely portrayed in mass media and, in the rare cases they appear, they are typically depicted in a stereotypical and historical fashion,” Stephanie Fryberg, an associate professor studying social psychology at the University of Washington, said.

The pattern of offensive portrayal contributes to the misconception that Native Americans represent nothing more than historical figures irrelevant to current society. Friedman found a link between the misrepresentation of Native Americans and the increase of depression and suicides. His study concluded that Native Americans reported higher psychological distress than other groups, with a suicide rate up by 65 % over the last ten years.

Despite the disapproval of Native American leaders and research done by psychologists, people continue to oppose the removal of mascots in both professional and amateur sports. A survey revealed fans cling to team names and mascots while admitting they would never use the term “redskins” when referring to Native Americans, a phenomenon called “fan blindness.” 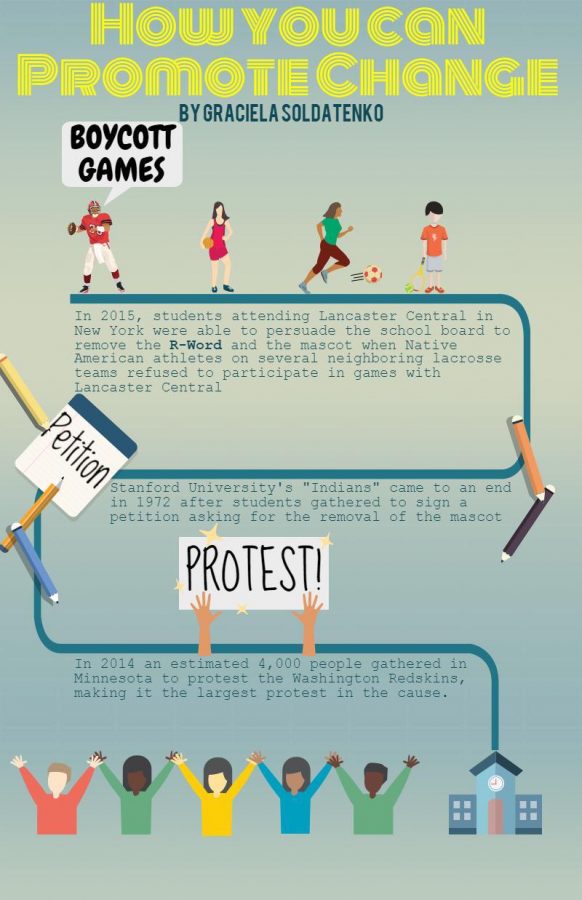 “It’s strange to see someone who feels so entitled to give their perspective on something that doesn’t negatively affect them or their children,” Sarah Adams-Cornell, a member of the Choctaw nation, said in response to seeing a woman of non-native descent burst into tears while testifying her support for an McLeod High School’s (Okla.) moniker, the Redskins. Her daughter, Bella Cornell, testified against the mascot and name in a school board meeting.

“The Board wouldn’t allow anonymous comments, you had to actually be present at the meeting to speak out,” Adams-Cornell said. Families who previously conveyed their concerns about the mascot in private refused to testify for fear of backlash against their children. The board unanimously voted to keep the tradition of “redskins;” the mascot and name remains. More than 60 schools today use the team name and families still feel unable to participate for fear of repercussions.

As a high school using a mascot modeled after a Native American, the NC administration should consider the impact the “Warrior” may have on native people: whether supportive or demeaning, and if NC honors Native Americans past, present, and future.