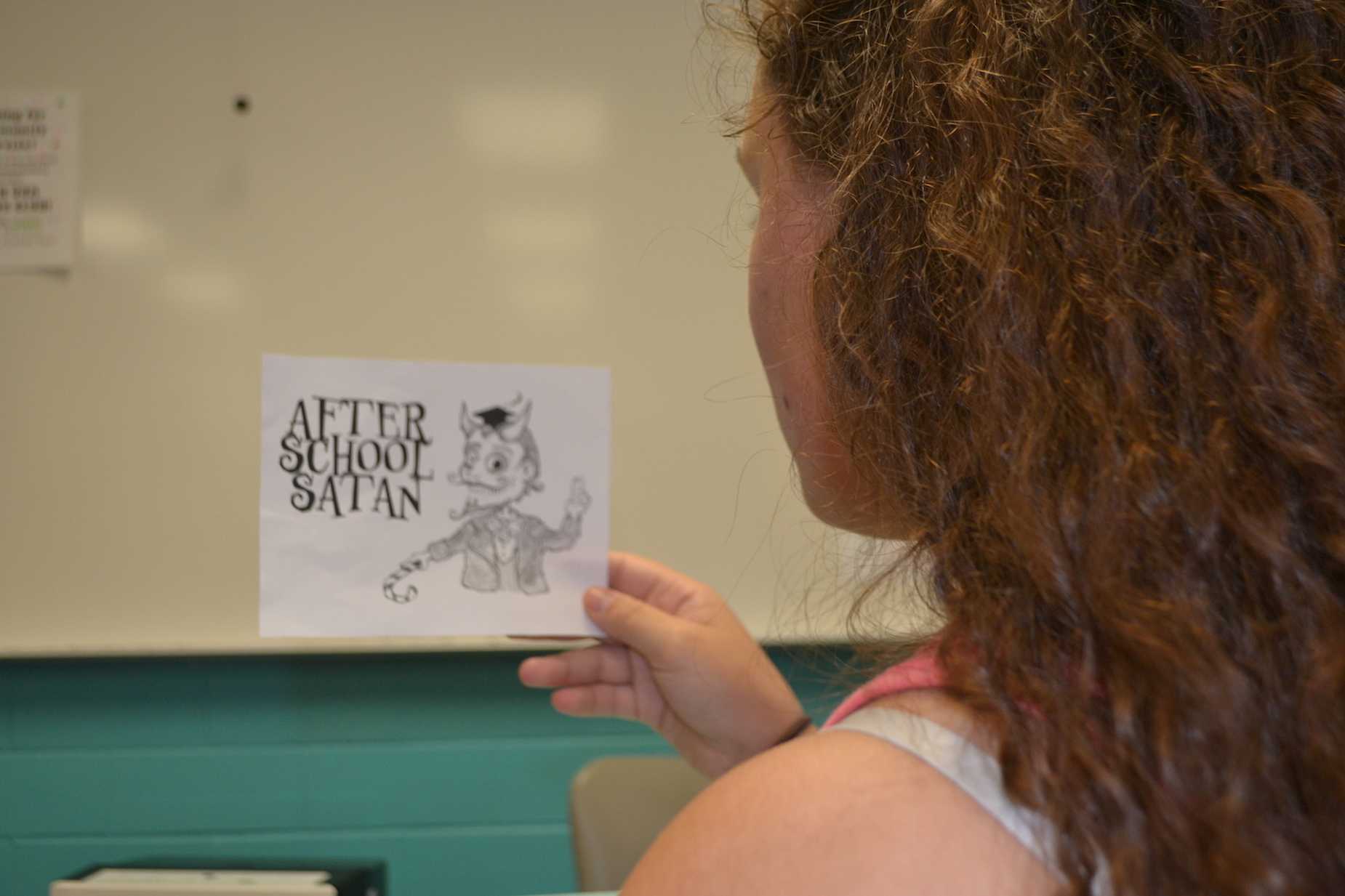 An NC student looks at an ad for the new After School Satan Club, run by The Satanic Temple. (Bahaar Esfahani)

An NC student looks at an ad for the new After School Satan Club, run by The Satanic Temple. 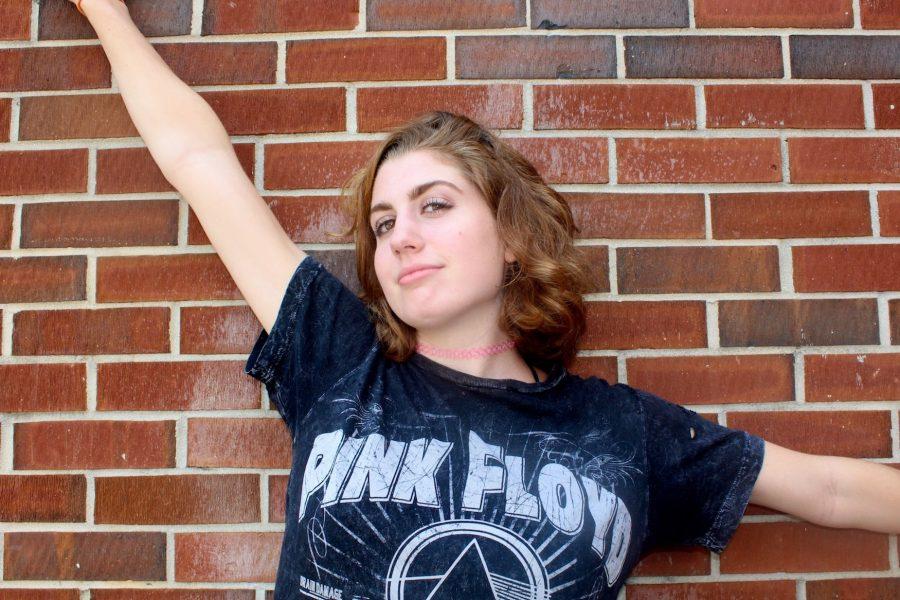 “After School Satan clubs coming soon to Cobb County Schools” flashes across local news stations- a negligible threat, or the introduction of evil to elementary schools? Satan clubs, as in a Satanic Temple organization focused on youth, could spread their influence to local Cobb County schools. One must wonder, how the school board could possibly let such an organization influence our impressionable youth and muddle their vulnerable minds?

The answer sits front and center on the Satanic Temple website: “The mission of The Satanic Temple is to encourage benevolence and empathy among all people, reject tyrannical authority, advocate practical common sense and justice, and be directed by the human conscience to undertake noble pursuits guided by the individual will.”

Who would not encourage such a philanthropic mission, seemingly guided only by goodwill?

First, think about the chance that an organization with such pure intent would worship and follow a figure whose entire image rests on evil and temptation: not likely. Satan may now represent equality among all, but cases of violence and obsessive behavior such as the LaVey family prevent the spread of the Satanic group.

The LaVey family founded the Church of Satan, and if the family name does not ring a bell, their daughter Zeena LaVey and her national headlines may be more recognizable. Zeena escaped her parent’s mistreatment and abuse, but only after giving birth at 13 years old and receiving numerous death threats for her association with the group.

The Satanic Temple reaches for the support of school systems because they believe that “Fundamentalist Christian organizations are trying to turn public schools into indoctrination camps for children.” The proposed club only attacks Christianity, using children as their weapon of choice. The strike on Christians does not suit the Satanic Temple’s “benevolent” nature, or justify their sudden interest in childhood education.

Similar to the attention-seeking LaVey family, The Satanic Temple will do anything for attention. The melodramatic publicity stunt will most definitely attract scrutiny, and undoubtedly recruit new followers, but not enlighten elementary schoolers. 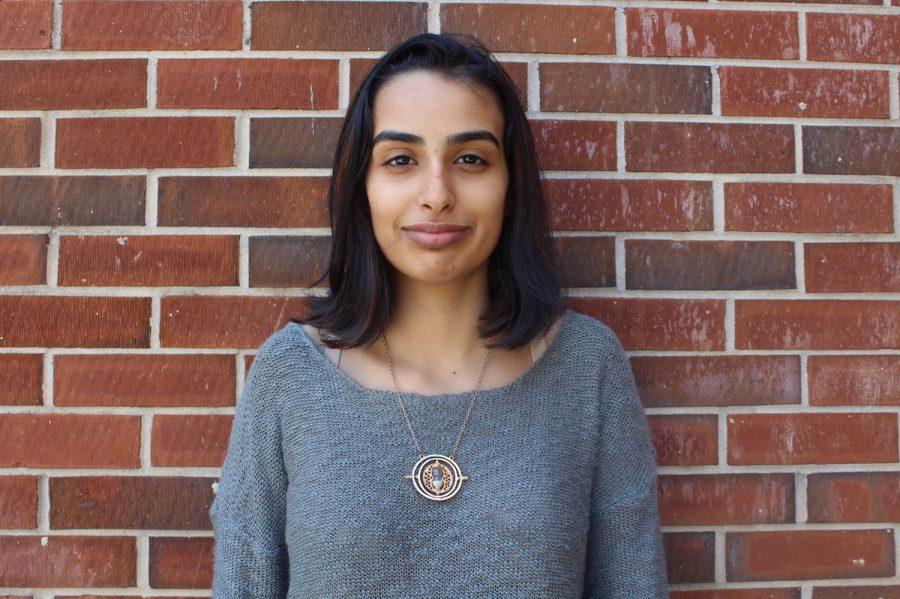 The Satanic Temple created controversy after debuting the new After School Satan Club in American public schools, specifically elementary schools, at the beginning of the school year. Currently seeking operation in nine elementary schools across the nation to establish their new program, Cobb County School District students who attend Still Elementary School may soon receive an After School Satan Club. The club garners negative responses, but can in fact create a positive impact on young children.

Established by The Satanic Temple, the After School Satan Club works to fight against unfair Evangelical clubs supported in public school systems believed to violate the separation of church and state. However, the Supreme Court, in the Good News Club v. Milford Central School case of 2001, ruled the clubs legal.

“As it is illegal for the schools to discriminate against specific religions or preference others, After School Satan Clubs cannot be denied wherever Christian, or any other religious clubs, operate,” the Satan Club’s website said.

The public judged After School Satan Clubs too quickly. After all, the club welcomes perspectives of all kinds. Each meeting incorporates lessons on literary texts, science, and logic, including activities to involve the kids in their artistic ability. In no way does it discuss the teachings of Satan or any related and controversial supernatural being; it only encourages a scientific and rational form of thinking for children. In each club meeting, they even include a healthy snack for the participants.

While Christian clubs, most notably the Evangelical Good News Club, do not necessarily require participation, those who do not take a part in the religion represented at their school may feel unequal and inferior. The After School Satan Clubs give kids a different perspective and the ability to participate even if they do not affiliate with any particular religious sector.

Unlike Good News Clubs, The After School Satan Club does not plant fear in children of committing sins and being sent to hell; it gives children the responsibility and right to make their own decisions, express their views and opinions, and learn to think for themselves.

Contrary to popular belief, the club does not promote Satan. In actuality, they engage children in important lessons and teach them their opinion matters.

“The Satanic Temple does not believe in imposing a one-size-fits-all approach to religious opinion,” the club’s website said.

Regardless of their position on the negative impacts of Good News Clubs and their fight toward teaching kids positively, the Satanic Temple’s goal in their operation ground of elementary schools greatly prepares kids for an independent, free-thinking life. With plans to run only in districts in which a Good News Club already operates, however, the club limits its operation to areas most desperate for the preparation.

Still, their expansion in all school districts would simply continue to benefit young children and their impressionable minds, taking us a step closer to the day where all elementary kids can access The After School Satan Club to brighten their minds, create confidence in their beliefs, and to establish their independent thinking in a like-minded environment full of aspiring intellectuals of our future.