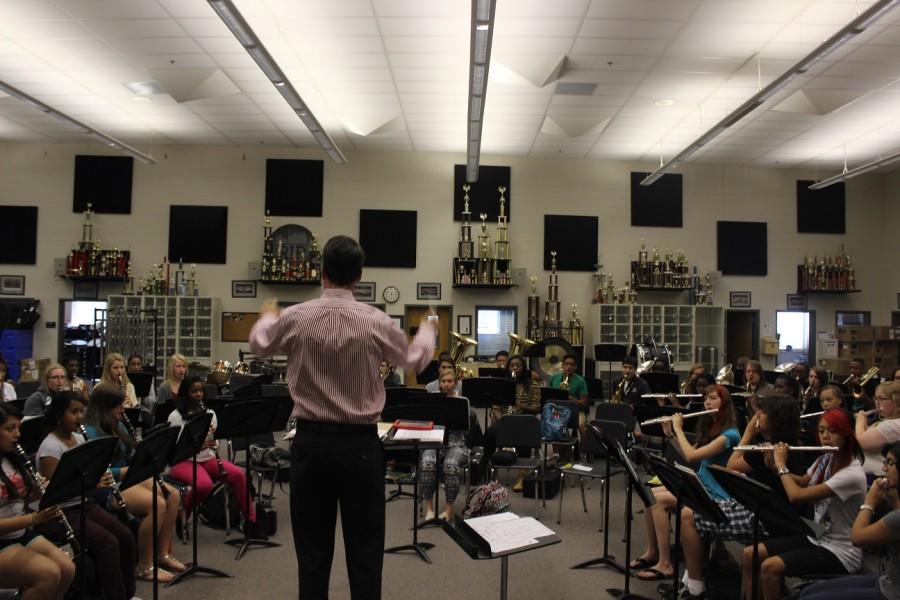 “[The show] will be totally different this year than last.” Williams said. “The music of Les Mis and a Broadway musical is just a whole different feel than the football theme this year.”

The act involves older, classical pieces along with ESPN’s College Gameday intro song and a song from popular Disney movie Remember The Titans, allowing patrons to enjoy both ends of the musical spectrum. Obviously, fans at the football game will recognize the College Gamedaytune more than a single from the Broadway, musical-oriented Les Miserables.

“Every year I try to select a theme that has familiarity for the fans, but also contains that musical integrity to be competitive at the marching band competitions and it’s a very delicate balance to please both sides,” Williams said.

The show provides a collective harmony between pleasing visuals, tact, and skillful musicality, a difficult task to achieve and one that should undoubtedly earn the marching band awards at their competitions.

This year’s marching band also includes a larger squad, bringing along with them new benefits, as well as challenges. Last year, there were 186 students marching, but this year 222 shiny helmets will parade in the crowded bleachers and on the field during halftime. While the new additions prove difficult to ensure everyone receives the assistance they require, a larger band proves visually appealing, not to mention impressive, to the audience.

Surprisingly, when originally confronted with the ‘football’ theme, the band became reluctant to buy into the formula as it swayed so vastly from the piece of art that remained Les Miserables. However, they stayed true in trusting their leader, Mr. Williams, to create a new masterpiece. To this point, their trust payed off.