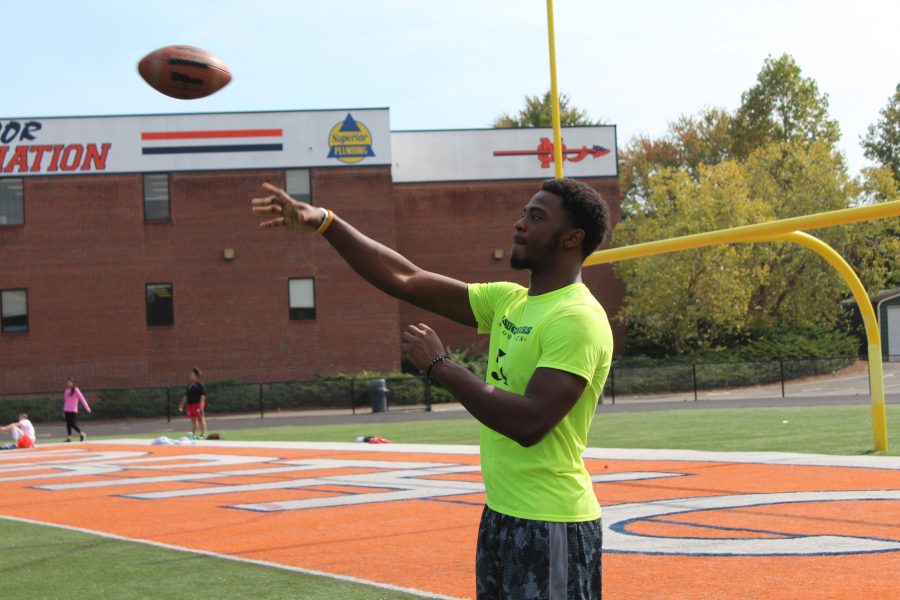 Wooten reflects on his high school football career, throwing the ball with a teammate.

Chandler Wooten, a senior middle linebacker for the NC Warriors, recently committed to Auburn to pursue a football career after ten years of playing.

On his first team, the Acworth Warriors, Wooten recalls making the game-winning tackle on the first yard line against Kennesaw Mountain, and this victory sparked his admiration for the sport.

“My dad put me into football to help me deal with my anger issues, and I fell in love with football ever since,” Wooten said.

Wooten’s mother provides him with the most support through his football career. She challenged him mentally and physically and motivated him to never put forth anything but his best.

“My mom comes to every single game and is always one of the loudest people in the student section. She has always had my back no matter what,” Wooten said.

Wooten’s career revolves around inspiration from one key player: Ray Lewis, a retired linebacker for the Baltimore Ravens. His admiration for Lewis, which stems from his childhood, fuels his constant motivation.

“I really looked up to Ray Lewis until he retired. He is an inspiration to us all,” Wooten said.

Football allowed Wooten to create friendships that he will prioritize for the remainder of his life. He played alongside his friends for years, improving his skills with their support. Wooten praises these friendships over any other aspect of football.

“My friends are my favorite part of the game. We have played together for so long and I love the freshness of our friendship,” Wooten said.

Instead of finishing out his last semester at NC, Wooten will attend Auburn early next semester. He cannot wait for the experience, but reflects nostalgically on leaving the Friday night lights behind.

“I am really going to miss my friends; there is no better part of high school than Friday nights with my boys,” Wooten said.

For a football player, the decision of committing to a certain college stumps all others. Acceptance to Auburn made the tough decision of deciding where to commit significantly easier for Wooten. He feels comfortable there and knows the institution will help him strive for success.

“I did not get the feeling I got from Auburn at any other school. The sense of family at Auburn is why I chose to go there,”  Wooten said.

While Wooten cannot wait to attend Auburn, he fears losing his sense of familiarity from high school. With his entire life subject to change, he remains curious of his transition to college. College means new teammates, coaches, and experiences.

“I am very excited but actually pretty anxious to leave high school. I have no clue what it is going to be like adjusting to college,” Wooten said.

Wooten’s goals for football do not end after college. He hopes to dedicate his entire life and career to the sport, performing among the top percentage of players in the United States.

“I aim to play in the NFL eventually and spend my life playing football. But,  I do not want my learning and experience in college to pertain to football alone. I hope to excel in school, continuously adding to and increasing my knowledge and understanding of the world,” Wooten said. 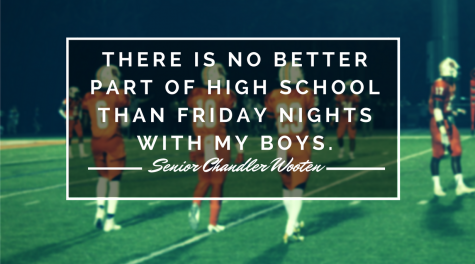