Warriors advance to second round of playoffs 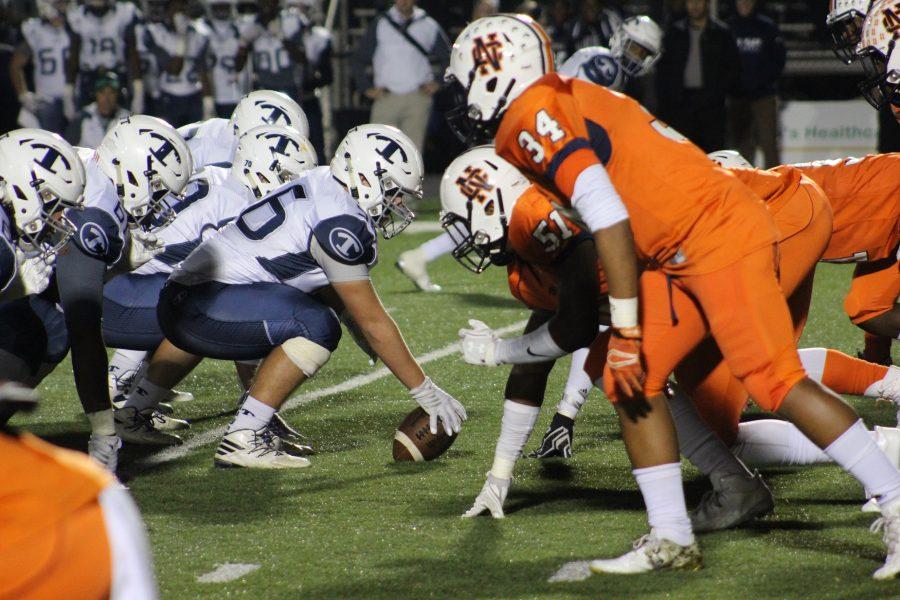 Lineman reviewing their plays on the sidelines after coming off the field. With their overall record at 6-4, NC did not expect much of a fight against Tift.

The NC football team defeated the visiting Tift County Blue Devils 35-7 on November 11 to advance to the second round of the playoffs. The game began with an explosive 21-0 Warrior run before slowing down at the end of the first quarter, but the defense absolutely stifled Tift’s offense which led to a dominant NC victory.

The game looked dangerous for NC early on when Tift busted a 70 yard run on the second play from scrimmage, but held them to 0 points after a tough red zone defense for the Warriors and a missed field goal for Tift.

The Warriors answered with big plays of their own, picking up two ten-plus yard runs, setting up a play action tunnel screen that sent senior #1 Drew Tejchman on an untouched 51 yards to hit pay dirt.

The Blue Devils put together another good drive on the next possession, pushing the ball down to the NC 17 yard line but failed to convert on fourth down, setting up NC’s offense again. Two plays later, senior quarterback Will Lovett, #7, pulled up on a sprint out pass and unloaded a ball and hit senior receiver Quannie Green, #3, in stride for a 57 yard gain. Lovett recovered his own fumble on the next play for a positive gain, and senior running back #21 CJ Cole dashed in for another untouched score from 12 yards out.

After senior defensive end #51 Christian Albright tipped and intercepted a screen on the next Tift possession, NC took quick advantage and piled into its lead when Lovett rumbled in from 14 yards out.

After NC’s quick start the offense simmered down in the second quarter, marked by a Lovett interception on third down. Both teams traded punts before NC drove down to the Tift 12 yard line, but pressure forced Lovett into a bad position and he fumbled the ball back to the Blue Devils. After another Tift county three and out the Warriors took a knee to head into halftime with a 21-0 lead.