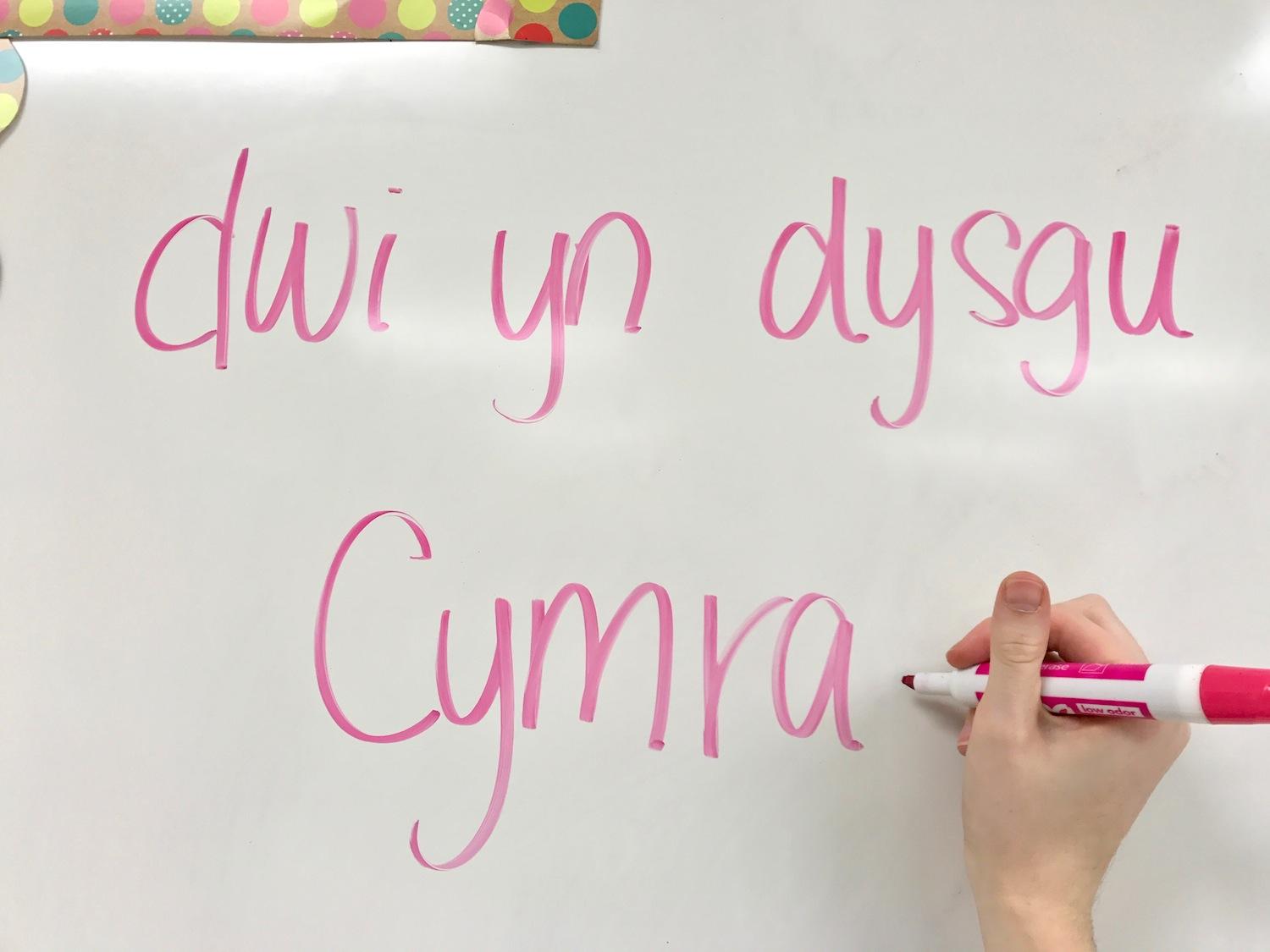 An interconnected society: The ease of learning languages in the 21st century

“New York teen learns 20 foreign languages in just four years!” New York Daily News proclaims, complete with an exclamation point and just enough clickbait to entrance a prospective language learner. Newspapers across the country picked up on the same story, of New York native Timothy Doner who conquered twenty languages by the time he reached sixteen, simultaneously adding to and restricting all hope for linguistic ability.

Society promotes learning languages now more than ever, so much that learning more than five, officially titled polyglotism, makes the news and qualifies people to sell books preaching their methods. While learning twenty languages like Doner seems unreachable for most, it has never been easier for anyone to learn just one. With increased communication and technology, everyone can access language-learning programs and a wealth of resources, as well as others who speak the language. Furthermore, learning no longer coûte les yeux de la tête, (French, lit. costs the eyes of the head); expensive programs like Rosetta Stone claim notoriety, but companies offer all types of resources for free.

I have always loved learning languages; I am currently learning three — German, Russian, and Welsh — and always brushing up on French and Latin. When I began learning Welsh about two months ago, inspired by listening to a Welsh singer and my innate need to learn every language spoken, I did not believe I would find anywhere to learn the language without dishing out one hundred dollars.

I already used a fair amount of free resources for German, Russian, and French, but speakers across the world demand resources for them; Welsh does not play yn yr un cae (Welsh, lit. in the same field). Still, with research and a lot of experimenting, the Internet delightfully surprised me with a wealth of resources without a price tag that allowed me to dive in head first. 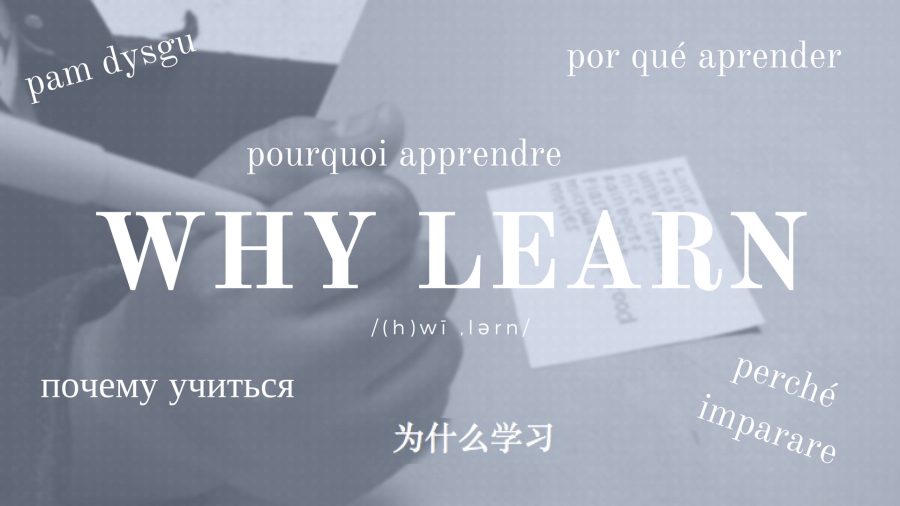 Kat Shambaugh
NC offers Spanish, Latin, French, German, Portuguese, Japanese, and Chinese in the traditional classroom setting and values language learning throughout the entire school — non-Magnet pathways require two years of one language and Magnet requires four years. Still, classroom learning eventually comes to an end and students must work on their own to improve.

“The way I keep learning is by watching some movies in French and everytime I see instructions in French I read that first instead of reading the English ones just to test myself. If you’re interested in a language and you watch television and listen to music in it, you pick up a lot of common words and that makes it easier as well,” senior Bethel Mamo said.

With campaigns for language learning diffused across the world, most people know the basics of how education and continued immersion helps the cognitive and creative functions of the brain, expands the first language, and opens up almost endless opportunities.

I will not continue to beat a dead horse, or volver a la misma canción (Spanish, lit. to return to the same song), but I will focus on the lesser known benefit which drives my passion for languages: the capacity for and beauty of communication. At first it may sound nerdy, but nothing fascinates me more than the ability to communicate, which allows for connections to almost every culture on Earth. Visiting a country and immediately feeling at home with the language helps cure travel nerves and testifies to the beauty of lingual diversity across the world. Even within the United States, a number of languages come together to form the lingual tapestry of the country, and only by learning and understanding the languages can one truly immerse themselves in the culture.

Yes, it takes effort and poses challenges, but in the end, whether fluent or not, access to languages means making an effort to better one’s cognitive ability and capacity to connect with society. 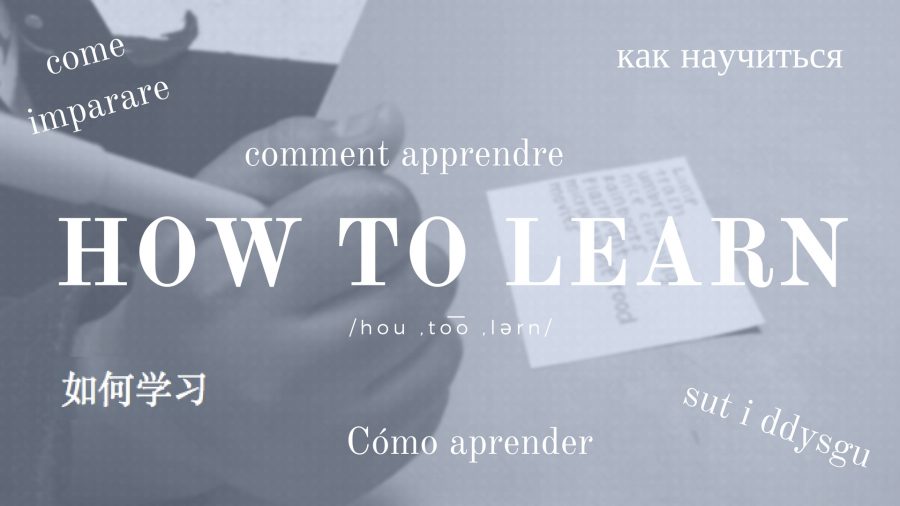 Picking up a new language, especially as an adult, seems overwhelming and expensive; today’s technology challenges both of these predispositions. The Internet allows the entire vocabulary of the world to spread to any user, making language learning as accessible as ever. I marked free applications as such and those that cost money with a dollar sign. 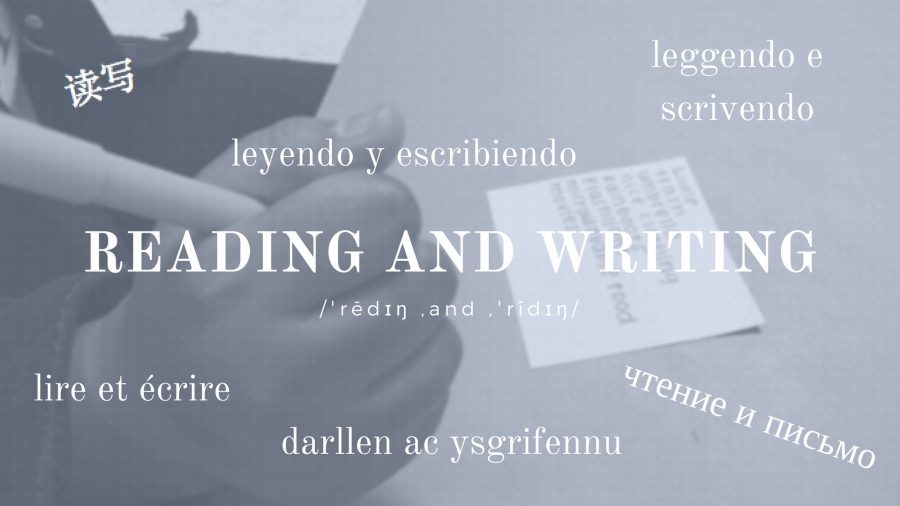 The best resource for language education lies in the devices carried around day to day: cell phones. From websites for mastery to applications geared to teaching the basics, reading and writing in a new language no longer requires dusty books, outdated packages of CDs, or overwhelming lessons that inspire learners to give up, or 半途而废 (Chinese, lit. to walk half the road and give up).

Duolingo (free), which offers nineteen languages through a website and application, offers a series of game-like modules that reinforce basic vocabulary, grammar, listening, and pronunciation. The app allows learners to keep track of the percentage of a language learned and can link up with social media accounts for group learning and competition. Furthermore, it reminds users to brush up on skills already learned after long periods of time to keep them fresh. The application continues to update periodically with new lessons, new languages, and new ways to learn, including a recently-added chat bar with computer-generated conversations starters.

Busuu ($) follows in the same vein, with short lessons for learning eleven languages. The app requires a premium membership, starting at $3.75 a month, to learn any language other than English. The program’s superiority over Duolingo, and its rationale for charging, includes advanced grammar guides, priority corrections for writing exercises, and official certificates from McGraw-Hill.

Kat Shambaugh
Other applications focus on supplemental materials for learning, like quizzes and flashcards. Memorization apps like Anki ($), Memrise (free), and Quizlet (free) make creating and finding existing flashcard sets easy and offer multiple ways to study them, including games and tests.

Beyond applications, the Internet also offers websites with a variety of tools. Whether interested in dictionaries, alphabets, or pronunciation, web creators offer multiple versions without charge.

For alphabets from a swath of languages and dialects, Omniglot (free) reigns. The website offers detailed Wikipedia-like pages for every language from Afrikaans to Zulu. Each language profile boasts linguistic affiliations, countries where spoken, alphabets and syllabaries, pronunciation, and a sample recording.

BBC Languages (free) also offers similar tools, with lessons and games for basic phrases in 40 different languages. The lessons align to the secondary school curriculum for the United Kingdom and make the learning experience interactive and easy. They also provide interesting articles from a dictionary of slang words to the use of certain languages in sports.

For advanced learners, reading applications like iBooks (free), Kindle Books (free), and Project Gutenburg (free)  provide translated and original copies of all kinds of books — the last specializes in classics. Reading in the target language helps increase vocabulary and comprehension that will reflect as a better understanding of the language itself.

Lastly, changing phone keyboards and languages can greatly improve learning efficiency. With the current attachment to phones, changing settings to the target language allows for mini-lessons and every second of learning counts, or tutto fa brodo (Italian, lit. everything makes broth). 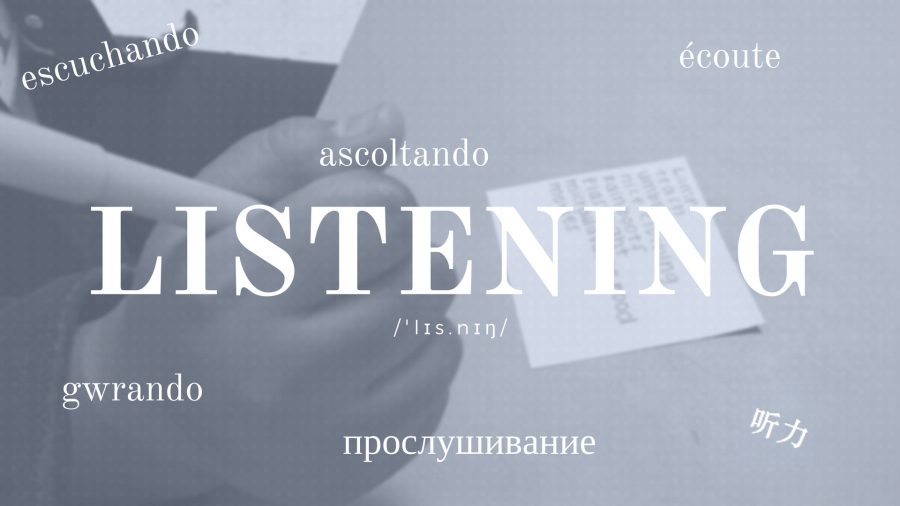 With the goal of fluency, one cannot succeed without understanding the spoken language. Listening presents itself as one of the hardest aspects of language education, but the current world’s connectivity means listening can easily become part of each language learner’s life.

YouTube (free) acts as the center for listening practice. With videos from countries across the world and a burgeoning closed caption system, content exists for almost every language. Certain YouTube channels provide tailored lessons in languages, like Learn Welsh with Will, Learn Chinese Now, or TedxTalks.

As a way to take advantage of Youtube’s modern media, FluentU, a relatively new app and website duo, makes use of videos for language-learning. With footage in basically any language represented on YouTube, FluentU allows users to learn by watching clips with subtitles and then test their knowledge with short quizzes on the content and grammar.

As a dedicated language learner for five years and a musically-inclined student, music remains my number one study tool, the majority of which I find on YouTube, Spotify, or iTunes. In every language I study (barring Latin for obvious reasons), I dive into the music scene; a quarter of my music library showcases French, German, Russian, Welsh, Japanese, and more. Listening to music in the target language teaches subconsciously as the brain latches onto patterns and tunes while taking in new vocabulary. Furthermore, translating a song while listening cements new words in the mind and provides an enjoyable experience for the learner.

In the realm of entertainment, shifting daily news and movies also allows for enjoyable learning. By switching a movie or news stream to the target language and employing subtitles, learners can incorporate every bit of their daily lives into the learning experience, resulting in almost full immersion. 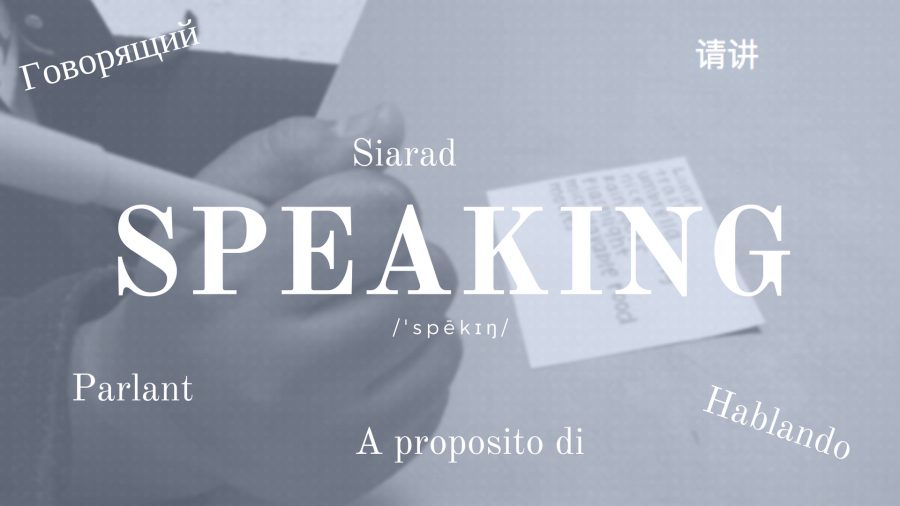 Learning a language online tends to strengthen reading and writing but may leave the speaking portion of the language in the dust without constant pronunciation and listening. Websites like Forvo (free) and Rhinospike (free) specialize in user-recorded pronunciations for any word and ensure an accurate learning experience.

Immersion works as the most efficient way to learn and retain a language, so daily speaking should be the goal. Apps like HiNative (free), Italki ($), and Interpals ($) allow for written and spoken conversations with language professionals and let both parties improve and retain the language. 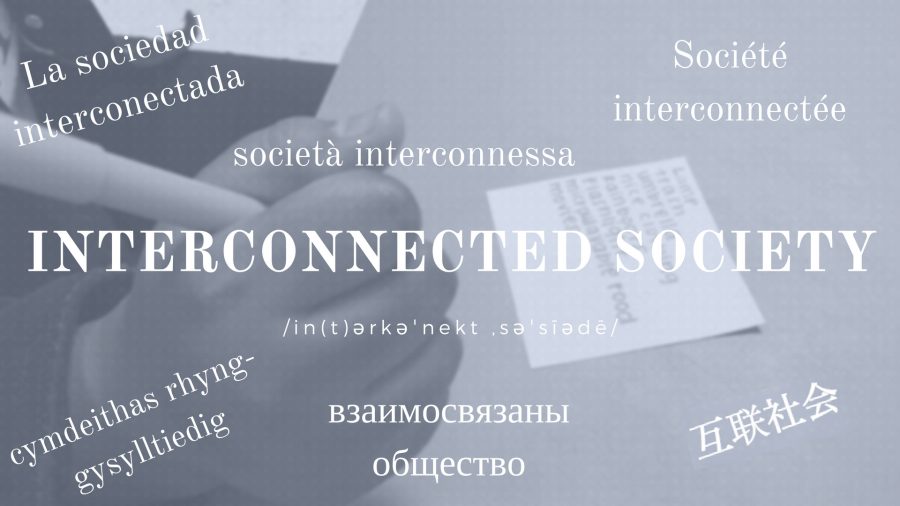 Acquiring a new language no longer requires spending hours poring over books or listening to outdated CDs; the Internet provides a wealth of tools to pick up a swath of languages with daily practice that requires little-to-no spending. The key to success lies in consistency and immersion, and only the learner can define his or her success, or Каждый сам строитель своего счастья (Russian, lit. everyone is the builder of his own happiness). 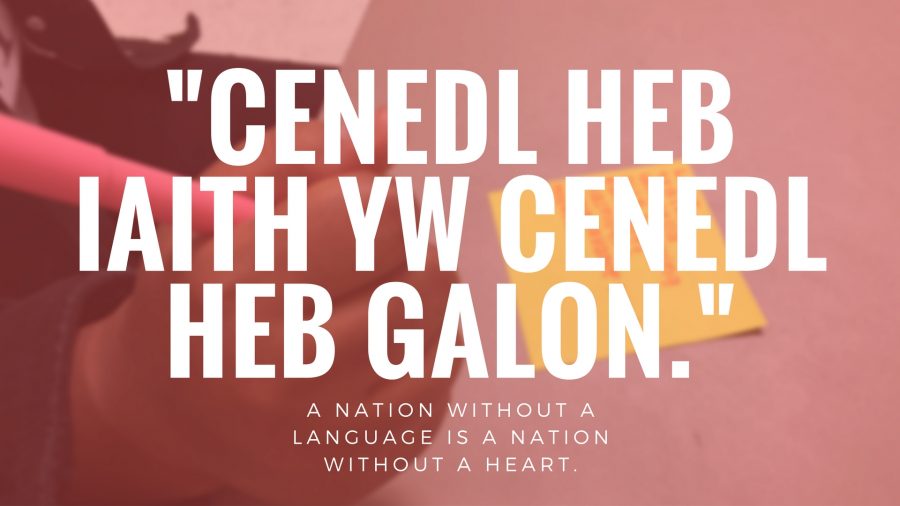