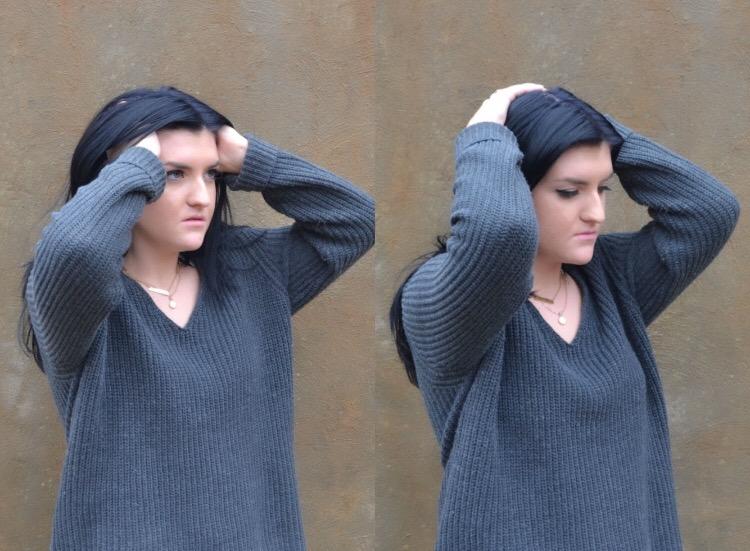 Autumn Boekeloo deals with her OCD on a daily basis, (Tara Anastasoff)

Autumn Boekeloo deals with her OCD on a daily basis,

More than a quirk: the truth behind OCD

Daily, the second I open my eyes, I prepare myself to face the consistent jumble of pointless thoughts. My mind agonizes over what tragedy could happen today; the progressively more demeaning thoughts shape my attitude. I analyze my body and force myself to appreciate my natural features before my degrading conscience takes over.

I am not living.

I am choosing to accept staying at the very depths and somber parts of my mind.

I repeat to myself, “The root of my problem is me.”

At least at the beginning of my journey, I constantly told myself that lie. I became a prisoner of my own thoughts due to an uncontrollable disorder called Obsessive-Compulsive Disorder (OCD). I no longer controlled my emotions; they controlled me.

OCD, a chronic disorder, causes an individual to repeat tasks and suffer uncontrollable, unwanted thoughts. These obsessions interfere with the person’s life, and require immediate medical attention if harmful to the individual or others around them. OCD patients never feel satisfaction in their actions, and constantly regret their prior decisions, making life a tiresome chore.

The obsessions come first: the recurring thoughts fly around my brain like fireflies on a hot summer night. Each one lights up and enters my mind, then dims its shine for a few seconds so my conscience relaxes. Then again, the light appears, causing the unwanted thoughts to occupy my brain yet again. As a young child, the fireflies flew so high I could never reach and catch them. How could something so small seem so unattainable, so uncontrollable? The obsessions remind me of those wandering fireflies. So small, so free to roam, and, at the moment the little light turns on, addicting.

Obsessions control the free spirit inside any soul and create a robot filled with guilt and confusion. Thankfully, the obsessions did not become detrimental to my naive young mind until my sixteenth year. I always labeled myself as an over thinker and someone who wanted to understand the “why?” of all topics.

Even as an elementary school student sitting in the dining room with my father as he helped me with my math homework, I would ask him, “But why? Why is the degree of a triangle 180 degrees? Why does two times two equal four? Who decided that? What if math did not exist, how would our currency work?” At that adolescent time of my life, my worries and wonders revolved around simple measures. Now, thoughts of adversity and misfortune fill my head until I hit a boiling point.

Cleaning, a common OCD stereotype, acts as a release from the exacerbating thoughts. Other patients, however, struggle to find comfort in something as simple as organizing. These OCD cases resort to extremes like illegal drugs and alcohol to help them develop mental stability within their disorder. Unfortunately, according to the Journal of Anxiety Disorders, “Individuals who experience OCD symptoms for the first time in childhood or adolescence are more likely to develop a drug or alcohol problem, often as a way to cope with overwhelming anxiety and fear.”

Viewing the world as an OCD patient provides a totally new lens. Fearing the world will fall apart due to every action steals a human’s sanity. People with OCD often feel guilt for simple tasks, like not placing a fork perfectly symmetrical next to a plate. The anxieties feel endless and normally-painless tasks become tormenting chores. The understanding that “not everything is your fault” never connects in an OCD patient’s mind.

Recently, while shopping at Target with my boyfriend Alex, I realized the severity of this idea. A pile of clothes laid scattered on the ground completely out of place, so immediately I felt the overwhelming responsibility to clean up the mess and hang the clothes in their designated spots. Alex noticed the strange response and said, “Autumn, it’s okay. You don’t have to clean up that mess. You didn’t even make it.” Those words shocked me, and I finally saw the extremity of my guilt for other people’s problems.

In the light of how Alex assists my compulsions, relationships with someone struggling with Obsessive Compulsive Disorder causes unnecessary drawbacks for the couple.

For instance, uncertainty about sexuality presents itself as a common symptom. Sexual orientation itself seems so basic, heterosexual or homosexual, but to OCD patients, the fifty-fifty chance brings an intolerable amount of distress. As reported by The International OCD Foundation, individuals with the disorder often question their sexuality because of the overall fear of rejection by society. This brings immense problems in a relationship if the non-OCD individual does not understand the patience needed when dating or marrying someone with the disorder. The significant other without the disorder feels they do not satisfy the other’s needs, which causes them to feel insecurities within themselves.

Trusting a significant other to understand and know the facts of the disorder will help mend the relationship. In agreement with this idea, The International OCD Foundation states that spending time with the same sex if unsure about sexuality will eventually help the confusion go away naturally.

Another issue within relationships of an OCD individual persists the fear of an untruthful significant other. The constant doubt associated with relationships makes for a difficult bond between two people.

According to the OCD Center of Los Angeles, patients often assume “the one” will bring about a spiritual epiphany and have a significant difference from other humans like in movies or books. This myth ultimately stems from the ongoing fear of “not really knowing the truth.”

At seventeen, I knew taking responsibility for my inner problems would only benefit me. One night, after searching the internet with endless questions — “What is wrong with me? I can’t control my thoughts, I am constantly guilty” — Google kept bringing up articles about OCD. I decided to consult my unbelievably understanding parents who knew all along of my ongoing issue.

“We always are very proud of our daughter but there were times when we could tell that she was feeling anxious and typically she would follow that anxiety with common practices like cleaning her room, swinging on the swing set — things where she could focus her attention on one single repetitive task. And now that she’s done more research into it and she understands it better herself she’s taken steps to not just control it but live with it,” Jeffrey Boekeloo said.

Family support led me to my local Wellstar doctor’s office, where my nurse asked me a series of questions regarding my anxieties and fears. During the appointment, I worried what my friends would think if I revealed my problem to them. To my relief, the appointment passed quickly and by the end of the day, I knew my worries would finally minimize due to a prescription for an anxiety medication. Despite others’ opinions on medication to “fix a problem,” I chose the best decision for my situation.

Now, two months into the medication, I can honestly say my brain feels stable. The balance of worries and tranquility I lived without the majority of my life exists and I finally feel satisfied. Even my peers notice the difference in my personality, and see improvement in my constant obsessions over uncontrollable factors.

Somedays, I still feel the pressure of my heart beating when I see a picture frame crooked on a wall, and truthfully certain mornings I will wake up and look at my body in the mirror and worry about what others see when they look at me. But when I lay my head down at night, serenity and peace fill my once deleterious mind. Overall, my improved mental health empowers me with an overwhelming amount of joy and content within myself, which I will thank my savior for everyday.