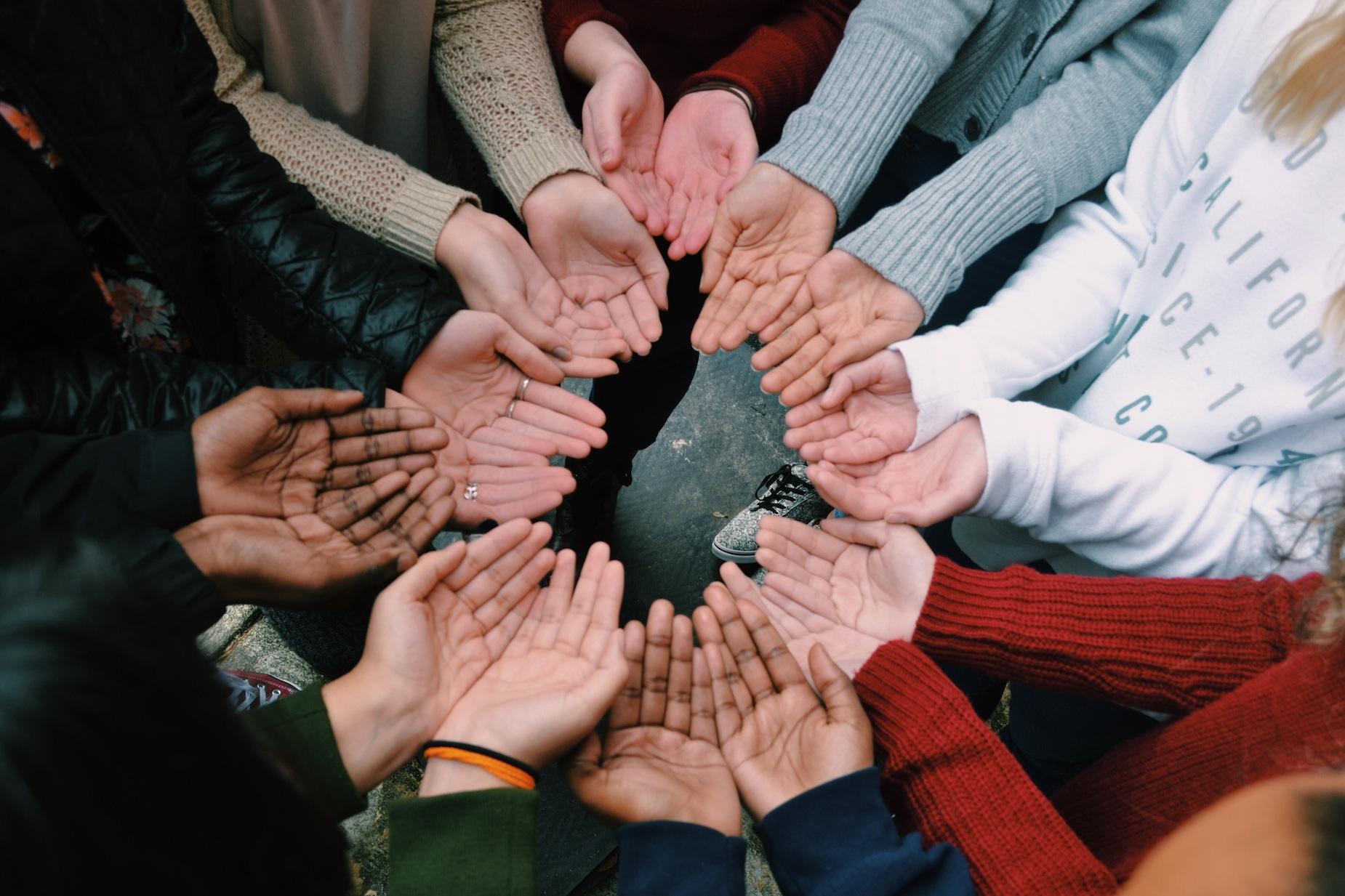 Beauty is the beast: Girls tackle positivity and body image

With fat rolls zapped, stretch marks swept under the rug, and blemishes brushed and blurred to perfection, it should come as no surprise that 62% of young girls feel insecure, and looking in the mirror daily still see themselves as unfit. In today’s society, with social media booming, girls and women find it difficult to uphold a positive self-image. Social media allows people to display themselves for a widespread audience across the world; internet “role-models” surface almost weekly, and self-criticism skyrockets.

Once a highly skilled task only used by professionals, photoshop becomes second nature to the average teenager. A middle schooler possesses the capability to edit out blemishes or create curves and a slim waistline using simple applications such as FaceTune or BeautyPlus. Other programs also offer hundreds of filters that darken, lighten, or color one’s photos.

“I almost always put a filter on my photos before posting them online,” senior Kaela English said.

With most magazine cover stars, modeling agencies, and advertisements displaying slim, white females with perfectly curled hair, the population of other body types, skin colors, races, and religions represented in the fashion and beauty industry make up a miniscule portion of the fashion world.

But recently, various companies, businesses, and designers have incorporated more races, culture, and variety in their brands.

Campaigns display real human bodies on billboards across America, designers broaden their creative horizons to other body types and religions, companies boast their lack of Photoshop use, and agencies and businesses hire models that possess a rainbow of hair and skin colors. Although this breath of fresh air appears small, it intrigues and excites millions of people on a global scale due to the growing amount of change.

In 2009, Victoria’s Secret employed their first Asian model, Liu Wen, for their annual Victoria’s Secret Fashion Show runway. The first ever fashion show took place in 1995 and incorporated no fancy angel wings, strappy shoes, or Asian models. Out of the 40 models in the 2015 fashion show, the lineup contained only 13 women of color. Now, seven years later, Victoria’s Secret boasts its first full-fledged Filipino model, Janine Tugonon. While only a small number of Asian models walked in this year’s show, the company displayed their most diverse lineup yet with a wide variety of models from all different backgrounds.

“I think the fact that Victoria’s Secret is putting more cultures into their runway is good and it really shows the progression of diversity,” junior Erinn Daez said. 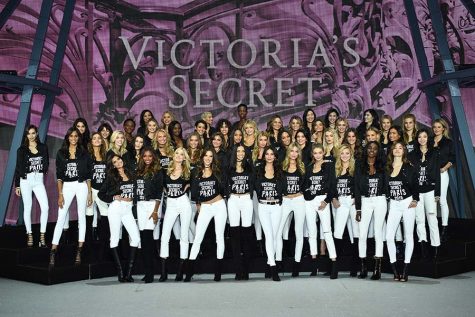 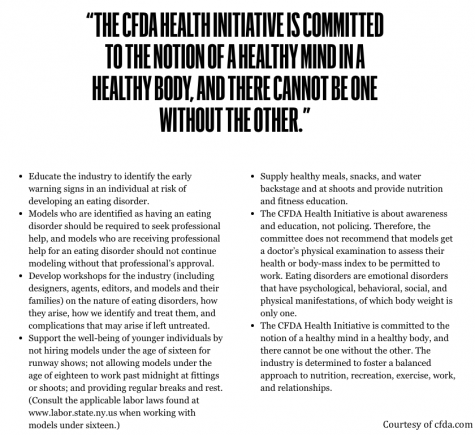 At the 2016 New York Fashion Week, the Council of Fashion Designers of America (CFDA) released their biannual statement that called for designers “to encourage the industry to be inclusive of racial diversity when preparing casting of models for their company needs.” The CFDA also mentioned that casting directors should keep a lookout for young models with eating disorders, and posted a short health initiative with warning signs.

Recently, plus-size model Ashley Graham swept the Internet off its feet with her Sports Illustrated swimsuit cover. Breaking the company’s cookie-cutter cover star pattern, Graham displayed a realistic body and proudly flaunted her size 16 figure, causing hundreds of thousands to rejoice in seeing their own body types represented. Graham also appeared in DNCE’s music video for their new song, Toothbrush, allowing for millions of people to breathe a sigh of relief for a break from the typical stick-thin models featured in music videos across the Internet. From toy company Mattel, Barbie also reached out to Graham to create her own Barbie doll; contrasting their standard slender blonde, blue-eyed doll, Graham’s doll boasts curves, a rounded stomach, brown hair, and no thigh gap.

Brought to light these past few years, different religions and ethnic groups gained more recognition and representation in the fashion and beauty industry. For example, Indonesian designer Anniesa Hasibuan created 48 fashionable hijabs for her New York Fashion Week show. Inspired by her hometown, Jakarta, Indonesia, Hasibuan’s fashion week show blazed a trail of its own with head pieces in pastel colors and gorgeous fabrics draped luxuriously over the model’s head and shoulders.

“I think it’s really cool seeing Muslim women represented. It’s a further step, but I think it should’ve been like that from the beginning,” freshman Ravleen Santhu said.

In the recent years, inner beauty and expressing oneself remains an ongoing theme in the fashion and beauty industry. Hashtags including #nomakeup, #nofilter, and #perfectlyimperfect become increasingly popular as people show off their scars, freckles, stretch marks, and other imperfections. Celebrities all over the Internet, including Gwyneth Paltrow, Beyonce, and Lily Aldridge, posted their no-makeup selfies and encouraged other young girls to do the same. In V Magazine’s November issue, singer Alicia Keys posed bare-faced as their cover star and advocated equality in her interview.

“There’s nothing you could do to take away this unbelievably innate beauty that lives inside of you as a woman,” Keys said.

A poster-child for inner beauty and self love, she not only inspires girls though her music, but through her actions as well. 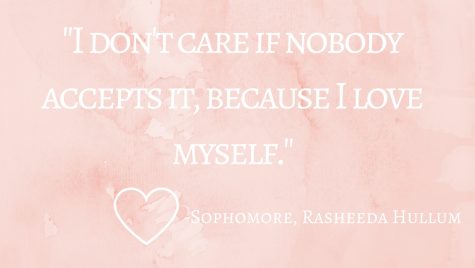 “I like posting no makeup selfies, it helps me feel more confident. I feel like I don’t have to dress up or do something extra, I just have to be myself. I don’t care if nobody accepts it, because I love myself,” sophomore Rasheeda Hullum said.

Breaking boundaries in 2014, American Eagle’s lingerie brand, Aerie, advertised their #aeriereal movement where the company stopped photoshopping their photos and advertisements. Promoting a body positive message for young girls, Aerie shows girls that stretch marks, cellulite, and body fat play a normal role in every body; even models’. Receiving an overflow of love and support from people across the nation, Aerie’s sales increased by 26% since their no-photoshop movement.

In their 2015 annual report, Aerie said, “We are committed to not retouching our images and our brand DNA is deeply rooted in our Aerie REAL campaign, which focuses on body positivity and inspiring confidence in our customers. We believe beauty comes from the inside out.”

Because of the wide range of body types, skin colors, and religions; and the stressing of inner beauty and flaws, girls today see themselves represented in numerous fashion and beauty advertisements. Not going unnoticed, the designers and brands who do include a variety of models receive praise and appreciation from all sides of the Internet.

“I think it’s really positive, and encouraging in a way, because you get to see other people like yourself being represented,” sophomore Valentine Nyabasi said.

This generation boasts a collection of girls who remain independent, strong, and confident; girls who learn to love their skin despite their so-called “flaws.” The companies aforementioned help open up the discussion of diversity and representation in the fashion and beauty industry for young girls and mothers. This safe space for contemplation provides not only an overflow of positivity, but a recognition of other body types, skin colors, and religions.

Just a few years ago, glasses and freckles stood out as unattractive traits, but now thousands of YouTubers teach young girls how to draw faux freckles on their faces, and glasses no longer only take part in the “nerd” stereotype.

“I hate how a stereotype really holds someone back. I feel like a lot of world problems would be solved if people saw other people as who they are instead of seeing them at face value,” senior Briana Anderson said.

Seeing other women happily embracing their curves, quirks, and stretch marks creates less insecurity for an endless amount of girls. For companies to advertise their products on plus-size models generates feelings of acceptance and teaches young girls that their tiger stripes truly remain a normalcy, despite what social media tends to suggests.

This discussion not only created self-love, but it teaches girls to put themselves first and do activities for the betterment of themselves. Seeing models talk positively about their lives and the world with smiling faces helps show the generation that all people, regardless of background or differentiating traits, should value happiness and inner beauty.

Today, the definition of beauty does not follow a set of standards and rules.

Beauty today teaches girls that inner beauty means more than outer beauty, and that a kind heart gets one farther than a pretty face.

More power to the love handles, the stretch marks, the lumps, and the bumps.

More power to the woman.