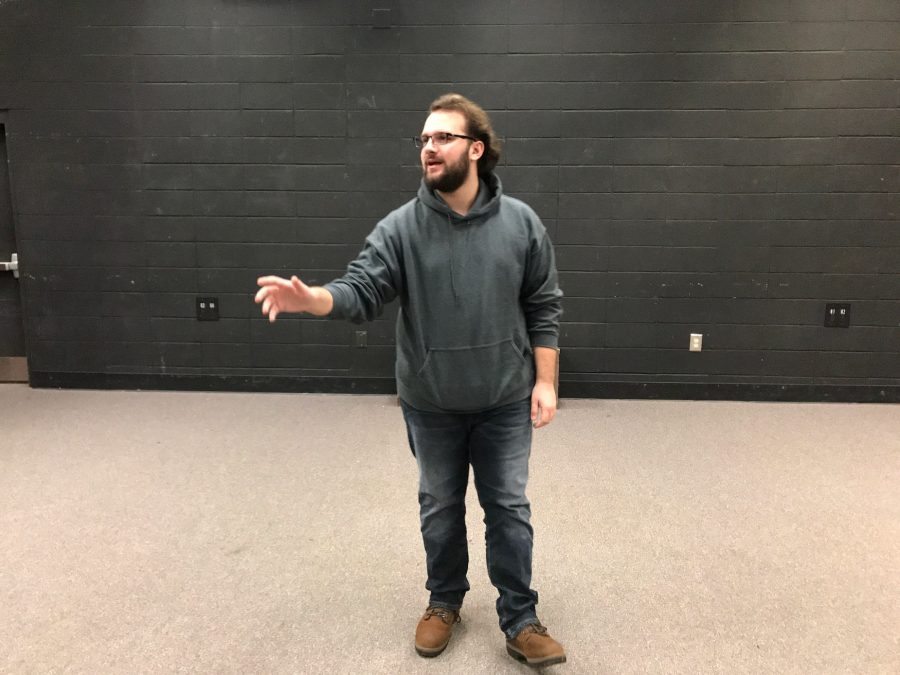 “This year’s musical is 25th Annual Putnam County Spelling Bee,” Candice Corcoran, drama teacher and director, said. “It’s about a group of very young spellers coming together for a spelling bee, hence the name. They’re all trying to win, and they all have these little quirks.”

As students practiced their lines and warmed up their voices before auditions, they expressed their excitement for the production. Singing songs with one another and dancing to music put on the speakers, students started bonding before rehearsals even began. Other students put on photo shoots, taking pictures of one another in costumes they picked out from the racks, and theater newbies began to get a feel of what thespians act like when not on stage.

“I was in drama class last semester. I was nervous but after I finished [my first performance], everyone started applauding,” Gabrielle Punzalan, a freshman and a newcomer to NC theater, said. “It was overwhelming, but I realized I really liked it.”

Even long-time thespians, such as junior Sara Brewer, wanted to branch out from tech and test themselves.

“I’ve always been in tech, so recently I’ve wanted to start acting too,” Brewer said.

Despite optimism, teachers and various students acknowledged the challenge and pressure surrounding the production.

“I hope this show actually goes on and it goes nicely. Not having a theater because of it being torn down was an emotional thing we lost,” stage manager and senior Aladdin Mohammad said.

In addition to worries about emotions hindering creativity, the year brings new problems for students and teachers to work around.

“Because of the construction happening with the old theater, we chose a musical with a unit set purposefully because it doesn’t move [throughout] the entire show,” Holly Botella, chorus teacher and musical director, said.

Still, the construction provides opportunities to shake things up in the theater department.

“Because it’s so small, we can actually move it anywhere if we wanted to. We could move it into the cafeteria or right here in the [drama] room even,” Corcoran said.

This year’s musical begs the chance for creative modifications that will challenge all participants.

“We will have to make good use of the space we have. It’s definitely going to be a challenge to do such a great musical on such a small stage,” sophomore Hope Kutsche said. “Despite the lack of space and a conventional theatre, our director is so creative, and she will definitely help us all make this a fantastic musical.”