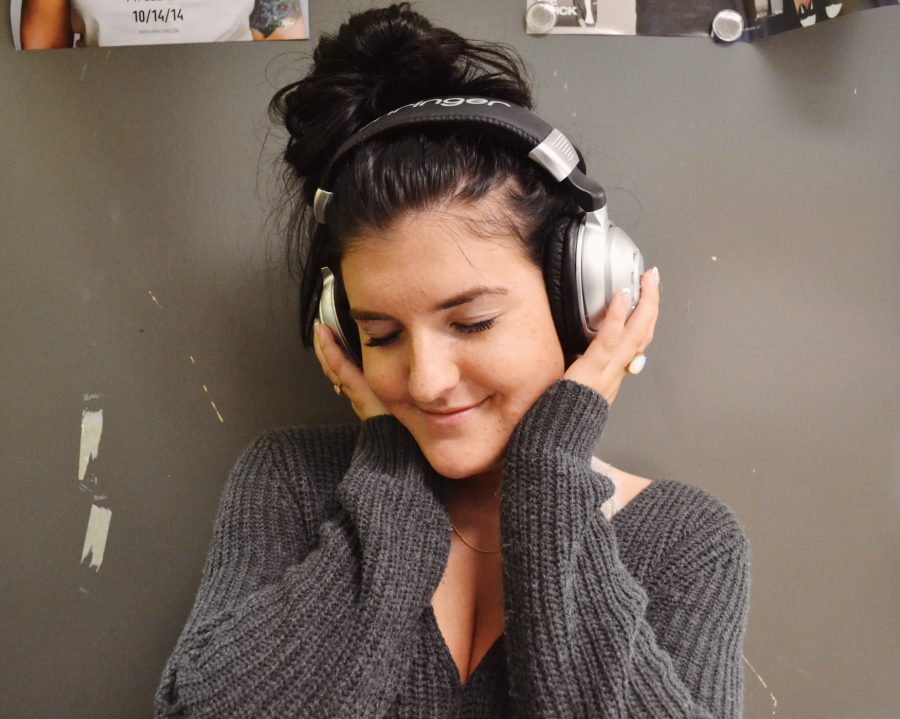 Autumn enjoys the music to boost her confidence as she gets ready for an unforgettable night at prom.

Music fuels the mood for an unforgettable night. Whether the DJ plays that infamous Kesha song for an upbeat rave or “All of Me” by John Legend for the first slow-dance, the memories made at prom will repeat like a catchy song for years to come.

The Pre-prom playlist sets the mood before leaving for the night-long occasion. The music played while getting ready can either make or break the attitude for the dance. Luckily, the music app Spotify creates playlists for specific moods and events to assist any prom-playlist needs. Just by searching “prom” on Spotify, prom-goers can uncover playlists filled with popular songs like “Single Ladies” by Beyoncé, “Closer” by The Chainsmokers, and “Broccoli” by D.R.A.M featuring Lil Yachty.

For girls, boosting confidence by listening to headstrong girl groups like Fifth Harmony while doing makeup and hair can lighten the mood after strenuous hours of prom preparations. From the moment students see their best girlfriends on the dance floor or their prom-night date in his sweet ride, they will feel “Worth It” until the clock strikes 10 p.m.

For boys, confidence leads to looking striking on prom night. Songs like “Power” from the notorious album My Beautiful Dark Twisted Fantasy by rapper Kanye West will have guys popping their collar in front of the mirror (and shamelessly winking at themselves) before picking up their dates for dinner.

While old-time songs on prom night seem inevitable — i.e., “The Cupid Shuffle” — certain songs will create memories to tell future children on their first prom night. Students will never forget the song playing during their first slow dance, so as Usher says, “Take advantage of the slow jam” and live in the innocent moment.

When the DJ plays popular headbangers everyone knows, the term “lit” reaches a whole new level. Take advantage of the overplayed pop songs heard on Atlanta’s radio stations 96.1 and 99.7, and join the overcrowded mob of jumping students in front of the stage for a club-night vibe.

Whether a wave of exhaustion hits while exiting Opera Nightclub, or adrenaline just kicked in, the night of music has not finished yet.

The southern-fried inexpensive restaurant Waffle House gathers a lot of patrons directly after prom. Luckily, a jukebox full of classic and new songs sits at most Waffle Houses. Pick a slow, chill song on the modern-style jukebox to reminisce with post prom depression blues.

Battling with a long car ride home? Ask the Uber to turn the radio to a Pop station to relive the memories made at prom. If the party just began, grab some friends and the auxiliary cord in the ride to set the excitement for the after-party.

No matter the playlist or destination, do not forget the importance of responsibility and “Ride” home safely.