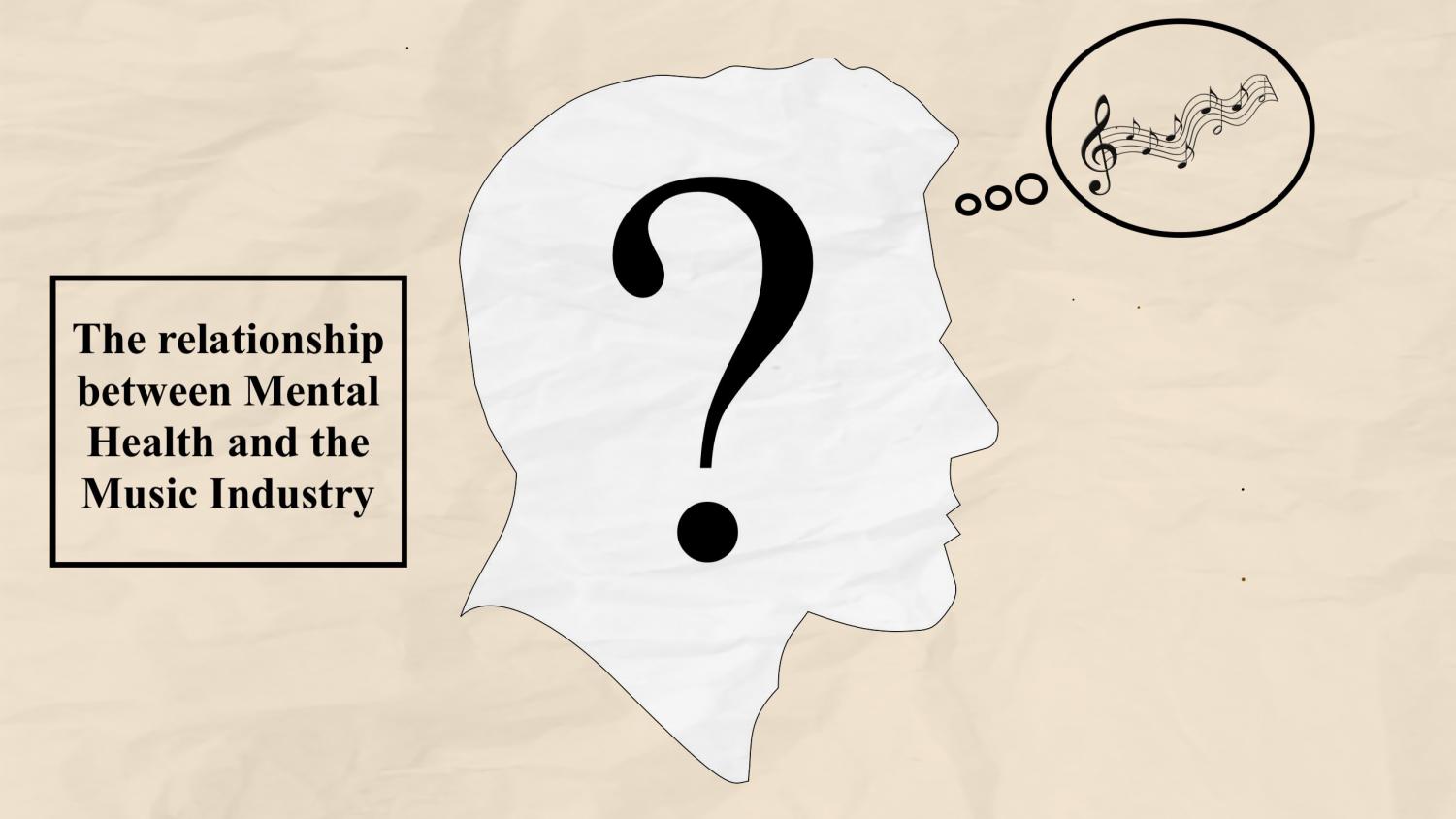 Mental health, defined by the World Health Organization (WHO) as the state of well-being in which the individual realizes his or her own abilities and can cope with the normal stresses of life, defines much of today’s societal problems. Specifically in the music industry, countless artists have faced, undergone and fallen victim to mental health issues. Without major awareness and active methods to relieve these problems, the list of these artists continue to go on and on. (Peyton Stack)

Mental health, defined by the World Health Organization (WHO) as the state of well-being in which the individual realizes his or her own abilities and can cope with the normal stresses of life, defines much of today’s societal problems. Specifically in the music industry, countless artists have faced, undergone and fallen victim to mental health issues. Without major awareness and active methods to relieve these problems, the list of these artists continue to go on and on.

The relationship between mental health and the music industry

“Well…this is what it looks like. Right before the fall” the late Mac Miller said on the opening song “Circles”, which came on his first post-humous album.

Miller, real name Malcolm McCormick, suffered from extreme mental health problems and anxiety that led to drug addiction. Unfortunately, Miller fell victim to the deadly duo and joined the list of countless musicians who also struggled with the same problem. In fact, “73% of independent music makers suffer from symptoms of mental illness,” a staggering statistic to most. This continuous trend in the music industry perfectly describes Albert Einstein’s classic definition of insanity; “doing the same thing over and over and expecting a different result”. If artists continue to repeat these same mental illness patterns throughout the decades, what keeps driving this?

“We’ve lost so many great artists, rappers, and musicians in general due to issues with their mental health. It’s such an easy trap to fall into. Even on a personal level, I can fall into habits that aren’t healthy and make me fall into a space that I’m not comfortable in. I can’t imagine how musicians that have high notoriety of fame deal with it,” NC Magnet junior Camden Carpenter said.

Although Carpenter has no direct connection to the music industry, he watched countless artists that he listened to regularly pass and fall victim to unhealthy habits common within the industry.

The majority of the artists that fell victim to their mental health, all share similar habits that led to this. From artists like alternative rockstar Kurt Cobain to rapper Lil Peep, they all share commonalities with each other. A certain “lifestyle” that surrounds a successful musician’s life, can easily consume them. This lifestyle becomes dangerous through a combination of fame, access to lethal drugs and substances, and mental health problems stemming from the demands of the music industry. Due to the increased access and exposure to musicians’ lives, the life of a professional touring musician is a recipe for mental illness.

When any musician or celebrity reaches a high level of fame, their life and everything surrounding it becomes accessible to the world. Supporters, non-supporters, and the general public can see the artist’s every move, making the lifestyle cutthroat and high pressure. According to survey results conducted, 65% of those surveyed thought that musicians’ mental health correlated to the amount of love/hate they receive due to social media and consumer acceptance. This proves that a common conception in the music industry stems from social media influence,  explaining why artists periodically delete their social media accounts. Though social media does not always directly harm an artist’s mental health, it may lead to the necessity for coping mechanisms.

“You can have poor mental health without having a mental illness, but the worse mental health you have, the higher risk you have of developing an illness that is lasting. This distinction is key when considering how mental health may affect a musician’s career” Dr. Joe Barnby stated.

Another common characteristic that frequently pops up with musicians that face mental health problems includes intense demands from music labels and fans. Similar to any other job, production within the career shows progress and productivity. However, the difference lies in the creativity of the work. One’s music tells the story they care to portray and rushing the process can cause numerous artists anxiety and hesitation. It takes quality time to produce quality music, and time does not appear in a record label’s vocabulary.

“By the time your song is ready for distribution, you’re sick to death of it. You wrote it, you revised it, you practiced, tracked, mixed, and mastered it. The mystery is gone if there ever was any, to begin with (since you’re the architect of the composition). And you’re light-years from the initial burst of enthusiasm or inspiration which made the hint of the song worth following,” DIY Musician stated. Pressure from both labels and fans haunt artists in the rearview mirror, and musicians feel reluctant to release such sensitive work.

“When artists pass away, it’s very sad and tragic. When you listen to somebody’s music, you listen to their story and get to know who they are. Sometimes it’s not just a creator-listener relationship, it’s so much deeper than that. It’s more of a comforting friend that helps you through all sorts of emotions and feelings,” NC senior Brendan Koch said. Koch, like Carpenter, enjoys the music scene and faced grief when a select few of the artists he listened to passed away.

As stated before, unhealthy coping mechanisms regularly fill the void that artists require due to poor mental health. In order to replace these constant losses of dopamine, various artists have turned to drugs and alcohol. Over 130 “notable” artists have died due to drug overdoses in the past 60 years, which does not include the countless victims who have no record deals or lack large followings. These artists see their lives and careers cut short, causing utter tragedy in supporter’s lives.

“You do not have to be ashamed of your mental health struggles,” Carmela Wallace said. Wallace, the mother of famous rapper Juice WRLD, set up a charity to help people combat mental health challenges following the rapper’s passing.

To various young, impressionable teenagers, Juice WRLD provided music that served as a relatable outlet for this specific audience. The majority of his songs consisted of topics that dealt with mental health issues, such as relationships, lifestyles, and loss. Juice WRLD used drugs as his main coping method, which ultimately led to his death in December of 2019. His death showed these teenagers the “dark side” of the music industry and brought up the topic of mental health in Hip-Hop once again.

This common trend of artists contracting mental health problems, and a select group of them passing away, has brought immediate concern to their health. If people continue to ignore the pandemic of the “mental trap”, their favorite artists could one-day fall victim to it too. In order to better support these musicians, effective reform must take place in both the consumer side and the production side of music. If the world can make these adjustments, a safe and comfortable environment will inhabit the world within our ears.