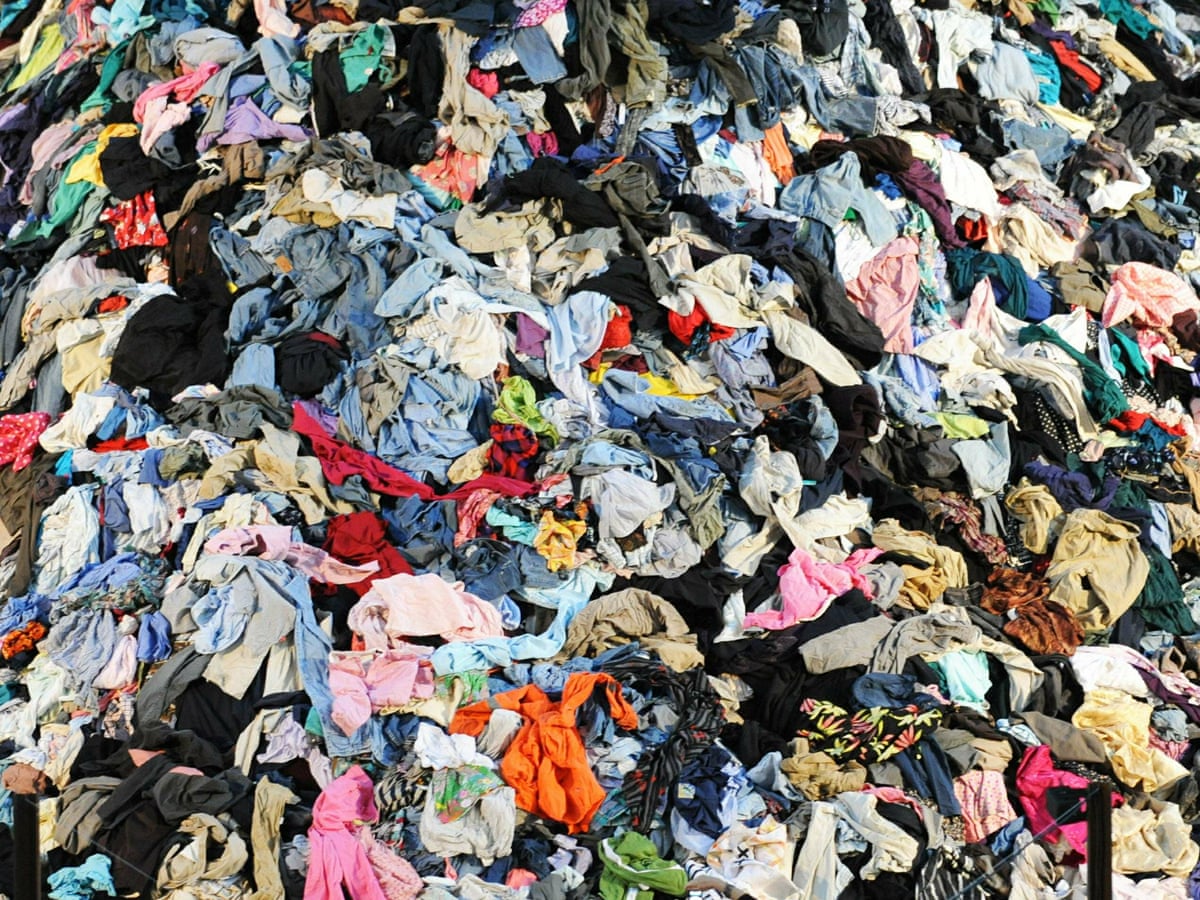 Fast fashion clothes do not have the best material and they damage easily causing them to end up in landfills. Oceans hold these landfills and trash gets in the water contaminating it. Third world countries also hold landfills which results in the countries becoming heavily polluted. (Courtesy of The Guardian)

Fast fashion clothes do not have the best material and they damage easily causing them to end up in landfills. Oceans hold these landfills and trash gets in the water contaminating it. Third world countries also hold landfills which results in the countries becoming heavily polluted.

Courtesy of The Guardian

The dark side of fashion

In recent years, the fashion industry became a trending topic. People have exponentially increased how much time and money they spend on picking out the clothes they wear. The fashion industry’s overall worth reaches three trillion dollars, creating 2% of the global GDP. Numerous new fashion brands have become popular by boasting cheap prices and offering a variety of clothing items to choose from. But, this popular marketing tactic produces a negative outcome. The problems with the fashion industry stem from a branch of fashion called fast fashion. The media defines fast fashion as companies that release a large collection of clothes that have a lower price than mainstream companies. Fast fashion helps numerous people who can’t afford expensive name brand clothing items but still want to remain fashionable. A major problem with these fashion companies comes from their cheaply made clothing. The material does not last and ends up damaged. Causing clothes to become donations and eventually thrown in the trash. This leads many people to question how their workers receive payment. Over the years, fashion brands have become under fire because people have come to realize the dark side of the fashion industry.

“We in America today consume five times more clothing than we did in 1980. We, however, quickly discard a majority of these clothes, with most of them ending up in landfills within a year of being made. Producing more than 150 billion garments annually, the fast fashion industry has already contributed to excessive air, water and soil pollution. With factory workers in Asia getting paid as low as $68 a month and working in unsafe and often hazardous conditions, apparel retailers have found the perfect recipe to keep their costs low to make a quick profit,” SUNY Oneonta human ecology professor, Bharath Ramkumar, said.

People have not realized the negatives found within the industry. When consumers purchase clothing, they don’t tend to think about how much labor went into making those clothes. Manufacturing these clothes quickly becomes a danger to the environment. The fashion industry causes damage to the environment. Around one-fourth of all chemicals produced in the world stem from textiles. The fashion industry produces a substantial amount of pollution making it the second-largest industrial polluter. Because fast fashion companies make their clothes cheaper than most, the clothes end up ripped, torn or stained easily causing a substantial amount of the items to end up thrown away. Every year the average person throws away 70 lbs of clothing a year. These clothes also end up crowding in third world countries because the U.S doesn’t have enough space for the trash they produce. These clothes end up in the landfill and because of the fabrics they do not break down or decay. The industry produces the second-largest water pollution in the world. Microfibers shed from the clothes and end up contaminating the water. The ocean holds around 85% of human-made materials in it. This affects marine wildlife and our food supply poorly. Textile companies already have a history of slave labor in the past and with the rise of fast fashion, and they have not improved.

As discussed before fast fashion companies produce big collections of clothes at a cheap price. With this question have arisen about the way workers have gotten paid. Companies have faced accusations of slave labor and worse. Workers work up to 16 hours for only minimum wage or less. They also work 7 days a week and since they don’t receive enough pay it forces them to take over time. On top of that workers have to work in unbearable conditions. The workplaces do not have the best conditions and the workers end up with underlying health issues or dying. One example of this happened in 2013 in  Dhaka Bangladesh 1134 workers died due to the building collapsing. Numerous cases like this have happened before. In Uzbekistan, the government forces citizens to leave their regular jobs to pick cotton even the kids leave school to help with cotton. Today the United States only makes 2 percent of the clothes.

Fast fashion does come with positives. The industry earns a substantial amount of money. As previously discussed the fashion industry racks up 3 trillion dollars which makes it a major contributor to the economy. Consumers spent 380 billion dollars on apparel and shoes in 2017. This became especially helpful during the pandemic because of their fast shopping and an endless supply of clothing. In only 2014 the average household spent $1786 on average. Countries invest more money in the fashion industry more than they ever have. Fashion also became trending on social media. Influencers earn money to promote new clothing by becoming brand ambassadors. The industry also provides jobs to over 1.8 million people in the U.S alone. Over quarantine fast fashion rapidly increased. Fashion companies have started putting out a large collection of clothes quickly.

“My opinion on fast fashion is that it’s a lot more common than you think and helps people get more clothes for less money. The best thing about fast fashion is probably how trendy and affordable the clothes are. I think fast fashion is overall pretty hurtful since the process of making them and the conditions are terrible,” NC junior Mirriam Hein said.

Consumers struggle with the same problem as Hein, they don’t want to support fast fashion but they struggle because of the industry’s easy and inexpensive ways. With the rise in critiques of fast fashion, anti-fast fashion companies also known as slow fashion brands have arisen. These companies could solve major problems with fast fashion. These fashion brands have goals to provide a sustainable way of shopping for clothes. These Companies put fast fashion at risk. For example, Teton gravity research specializes in sustainability. They plan on recycling 8 plastic water bottles and save 2 gallons of water.

Thrifting and shopping at stores that sell quality used items, emerge as another alternative to fast fashion. Finding trendy clothes through thrifting became a trend over the past couple of years. Especially on social media platforms. 90’s and 2000’s trends made a quick comeback and people have used thrifting as a way to keep up with these trends. Thrifting provides people with the opportunity to recycle their clothes while receiving clothes of their own. Apps like Depop and Poshmark made it easy to thrift completely online. These app users can buy and sell their used clothes. Thrifters repurpose clothes to make them fit the current trends instead of buying new clothes. Thrifting prevents clothes from ending up in the land field destroying the environment and prevents companies from making an unnecessary amount of new clothes. Goodwill and other thrifting companies use the money they make from thrifting to invest in communities. People who don’t want to buy from fast fashion usually switch over to thrifting making it a great threat to the fast fashion industry.

Even though fast fashion positively impacted our economy greatly it does come with a substantial amount of negatives that affect the environment and the people in the industry. Fast fashion lives all around us making it hard to escape but alternatives do exist.