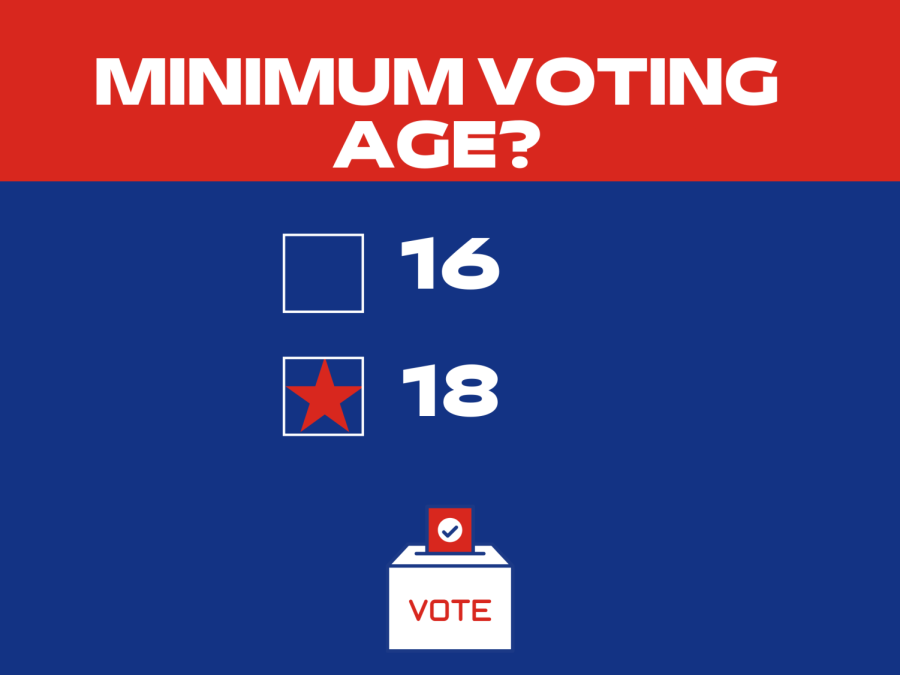 Since the 1990’s, elected officials in numerous states have made unsuccessful attempts to lower the voting age to 16, sometimes even younger. A constitutional amendment to lower the US voting age to 16 would require approval from two-thirds of both houses of Congress and three-fourths of the state legislatures. Yet, the majority of Americans oppose this idea due to adolescents’ lack of maturity and knowledge of politics.

Why the voting age should not change to 16

In 1971, the 26th amendment lowered the minimum voting age from 21 to 18, allowing millions of young Americans to influence and participate in their government. Now, a great deal of Americans wants to lower the minimum age once again, creating movements to expand the age to 17 and 16.

Numerous countries, while in the minority, allow 16-year-olds to vote in elections. However, the majority of Americans question whether this idea will benefit the country or not. According to a 2019 Hill-HarrisX poll, a staggering 75% of registered voters opposed allowing 17-year-olds to vote and 84% opposed allowing 16-year-olds to vote. These numbers alone present enough reason to dismiss the option, seeing as every age group in the poll opposed lowering the voting age to 16 or 17, though younger respondents supported the notion more than older participants.

One school of thought states that with the addition of 16 and 17-year-old voters, the young voter turnout would rise. While the turnout has increased dramatically in recent years, numbers continue to stay lower than desired. Less than half of young people (ages 18-29) voted in the 2016 elections, and the numbers raised only slightly in 2020. Critics believe young voters under the age of 18 may simply mirror their slightly older demographic, as the government provides them with no major incentive to vote. Yet, the reason behind these statistics remains unclear. It could reflect the adolescents’ lack of motivation and interest in government or even their distaste for democracy as a whole.

Both millennials and generation Z display a lack of faith in the U.S.’ current government structure. The addition of new voters would not fix this disillusioned vision they hold, and adolescents would not jump at the chance to vote. While voting remains the key to a proper democracy, in recent years through both social media and social riots the aversion to this system became clear. Critics doubt that the people who resent this structure would participate in it.

Additionally, most adolescents do not possess the knowledge required to make an educated decision about their representatives. Their government and history classes rarely cover the current state of the U.S. government, so while they usually possess a basic understanding of how the government works, most do not harbor the knowledge older individuals do. Sure, a select number of individuals contain the necessary information to vote, but the average 16-year-old does not.

“At 16 I was very immature, and just two years have changed me a lot. Most 16 years olds don’t know anything about politics and lack the maturity to participate in voting. They wouldn’t take it seriously if they can’t even take school seriously,” senior Ameera Hawthorne said.

Social media also plays a major role in this process and frequently portrays biased and faulty versions of people. These sites shape teenagers’ opinions and provide them with ideas that do not always consider both sides of the spectrum. Moreover, most of these young adults do not stay up to date on politics, focusing more on trends and social media. So, their votes would reflect their expressive tendencies instead of instrumental considerations, and numerous young adults would vote just for the sake of voting.

While 16-year-olds must participate in various “adult” responsibilities, they still reside under their parents/guardians’ care until 18. Waiting until 18 to vote will allow them to venture out and form their own opinions on the world, as well as learn to make decisions based on facts instead of emotion.

“The majority of the world set their voting age at 18, which I believe is a perfect age. You’re just out of high school and taking on adult responsibilities, and able to partake in the privilege of voting. 16-year-olds need a lot of growing and learning to do before they can make this major decision,” senior Carson Jackson said.