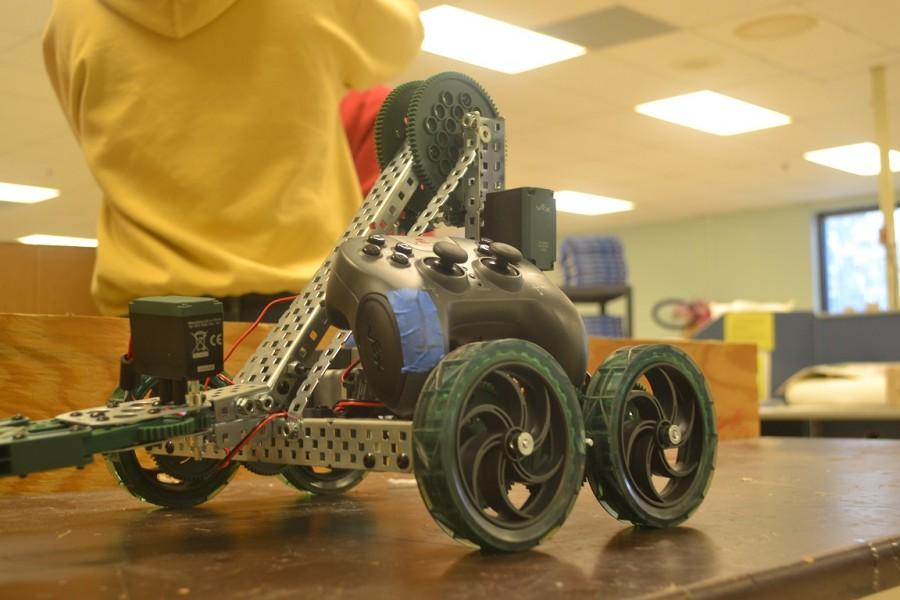 North Cobb’s “prototype” vex robot, Lucille, will be competing in the Vex competition at TSA in March. 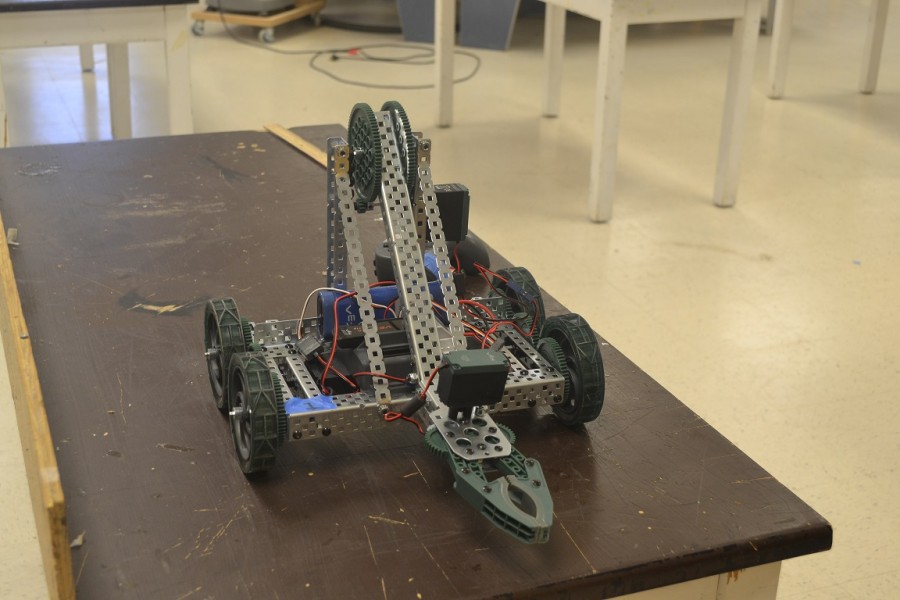 Introducing Lucille, the vex prototype robot, which sophomore Giovanni Merendino will be the driver (the person controlling the robot) in the Vex Competition in March. 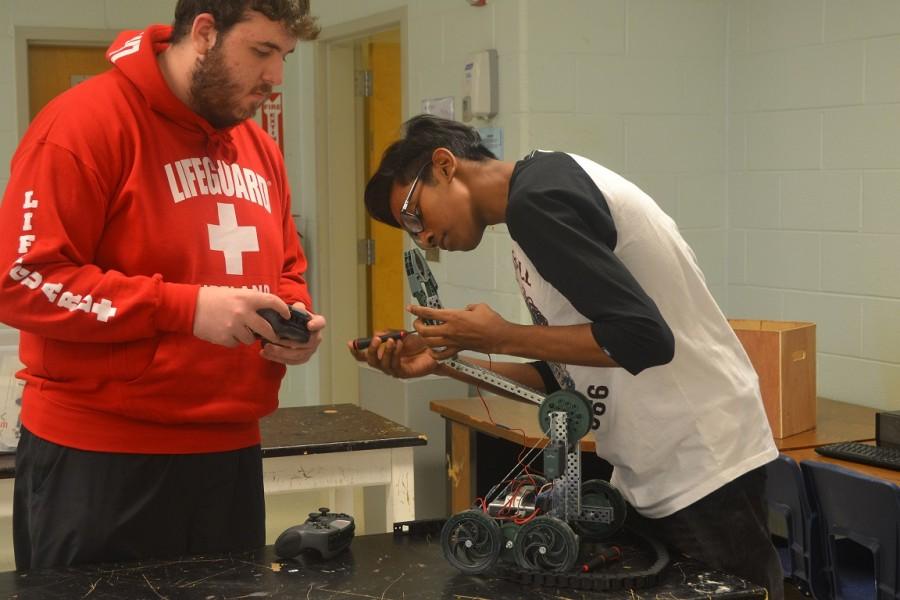 While senior Henry Hughes is controlling the Vex robot and tests the robot’s range of motion, senior Fadil Ali tightens a bolt. 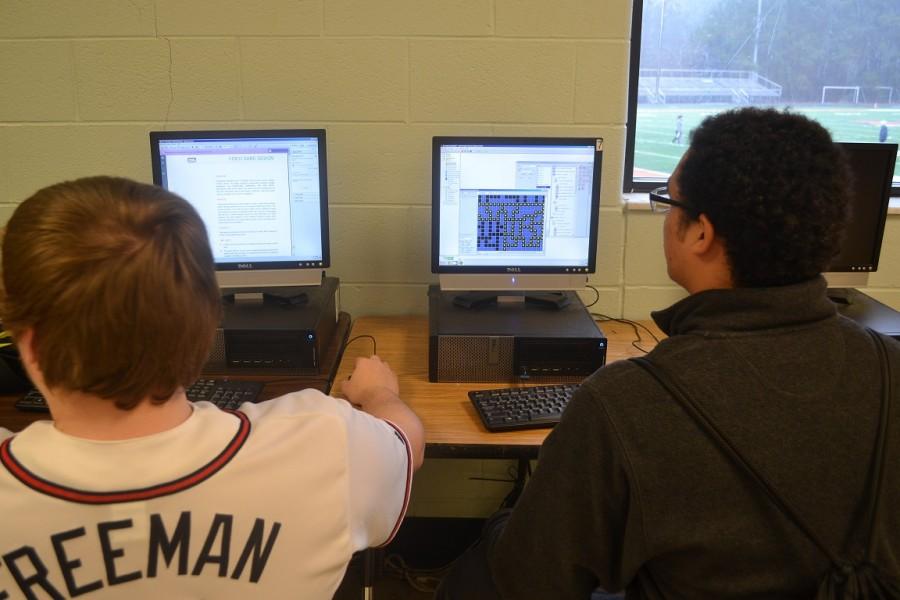 Sophomores Conner Casterline and Cameron Fair work on their educational based Pacman-like game for the computer programming portion for the TSA competition, which the theme this year is educational games aimed for younger kids. “When we collaborate with our other team members we create an awesome game,” said Fair. 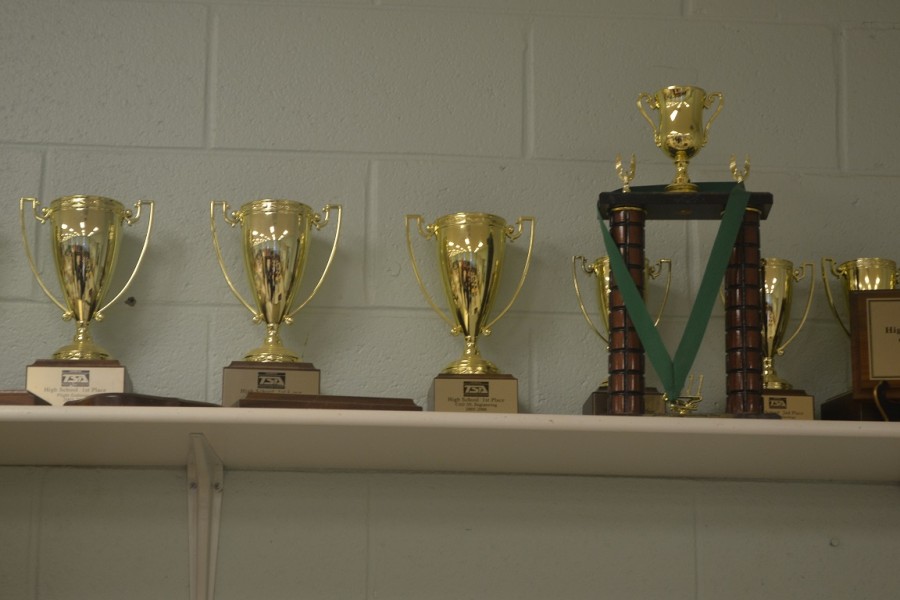 Trophies hang in coach Cogbill’s room from TSA competions. Senior vice president Henry Hughes said, “as long as we keep building on what we know and keep learning we should be able to place very well.”