How do NC students think the Warriors will do this season?

An aura of excitement hummed through the crowd at the first NC football game last Friday night, August 21. With a winning start the student section radiated excitement. A sea of orange beamed with pride throughout the entire game.

As the night continued on, the score revealed a fatal fight between the NC Warriors and Northside Warner Robins Eagles. Going into the fourth quarter, the Warriors remained up 24-12. Staying strong, the Warriors battled for a full 12 minutes of game time when in the last two minutes, the Eagles overpowered them.

When the buzzer sounded, the score ended 27-24 in a late Eagles victory as NC’s student section grew quiet in despair. Shown within the data of a random poll taken at the game, however, even with one losing battle, school spirit remains as strong as the team cheered for on the sidelines every Friday night. 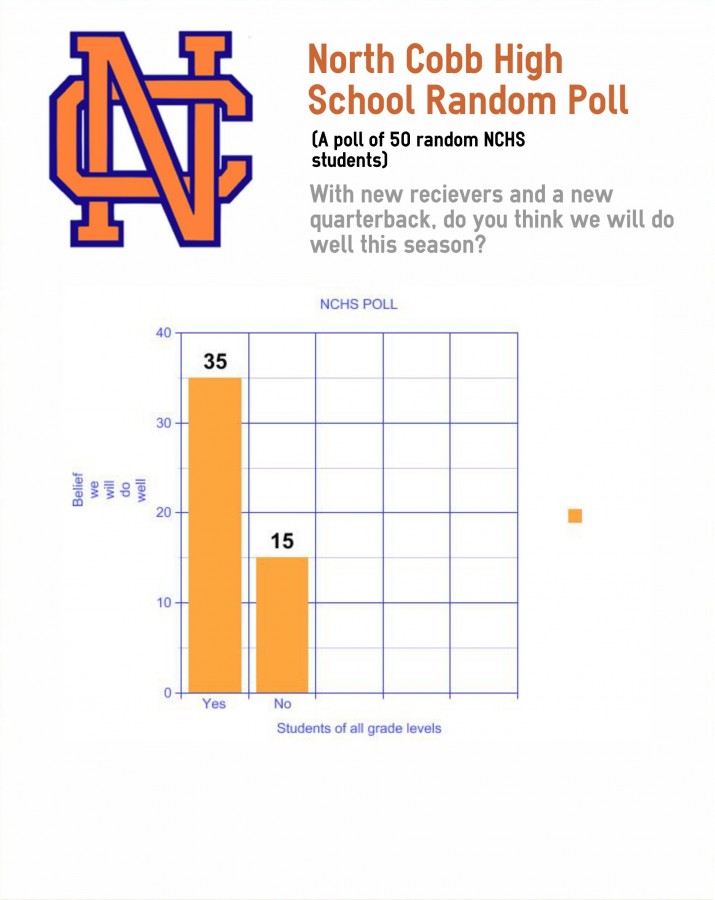