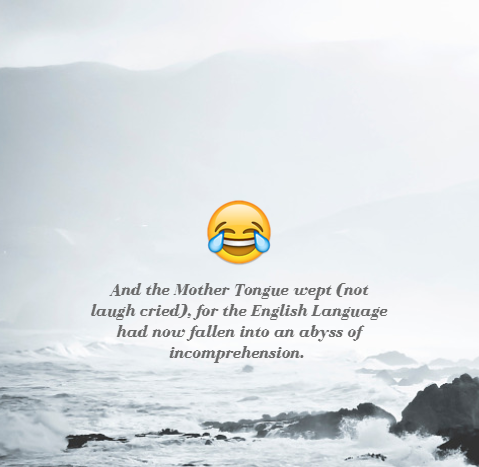 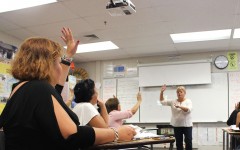 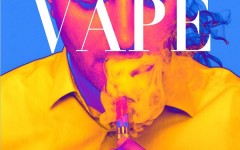 Why did Oxford English Dictionary choose "vape" as word of year? 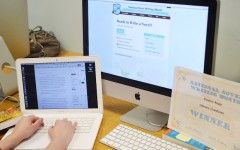 “First they came for the gif, and I did not speak out—

Because I could not make a gif.

Then they came for the selfie, and I did not speak out—

Because I did not take selfies.

Then they came for the vape, and I did not speak out—

Because I did not vape.

Then they came for the emoji—and because it was a picture, no one could speak for it.”

The spoken word: a phenomenon as old as humanity itself. The written word, however, coincides with a smaller piece of human history. Humanity only began to record its actions upon the creation of agriculture, society, and government, and the evolution of written words developed over thousands of years to reveal their modern form.

Unfortunately, one of the English languages’ leading dictionaries no longer understands the definition of “word.”

In its annual announcement of the Word of the Year, the Oxford English dictionary revealed that the “tears of joy” emoji best epitomized the vocabulary of 2015.

Newsflash: Americans do not live along the Nile, do not ride ride chariots, and Rameses II does not sit in the oval office. English speakers and writers of the twenty-first century have progressed beyond using hieroglyphics; they use words. Letters carry a meaning when placed in a specific order; emojis do not.

Let’s ask Oxford the definition of “word.” Oxford defines word as “a single distinct meaningful element of speech or writing, used with others (or sometimes alone) to form a sentence and typically shown with a space on either side when written or printed.”

Therefore, emojis are not words, but pictograms. Images can symbolize a feeling or definition, like the masterpiece the Mona Lisa, which implies near perfection. However, the word Mona Lisa does not flow in a sentence. When asked how a test or presentation went, a student would not answer “it went Mona Lisa,” they would answer “it went perfectly.”

When emojis sit one next to the other in a line, they do not create a coherent sentence. Words do. Emojis enhance ideas, similar to the way spacing and font styles enhance meanings in books.

By italicizing a word for emphasis, the meaning and impact of a sentence changes. By hyphenating a statement, the effect and focal point of the statement changes.  Any respectable dictionary would not choose a stylistic element as the representation of 2015. Perhaps the Oxford English dictionary no longer deserves our respect.