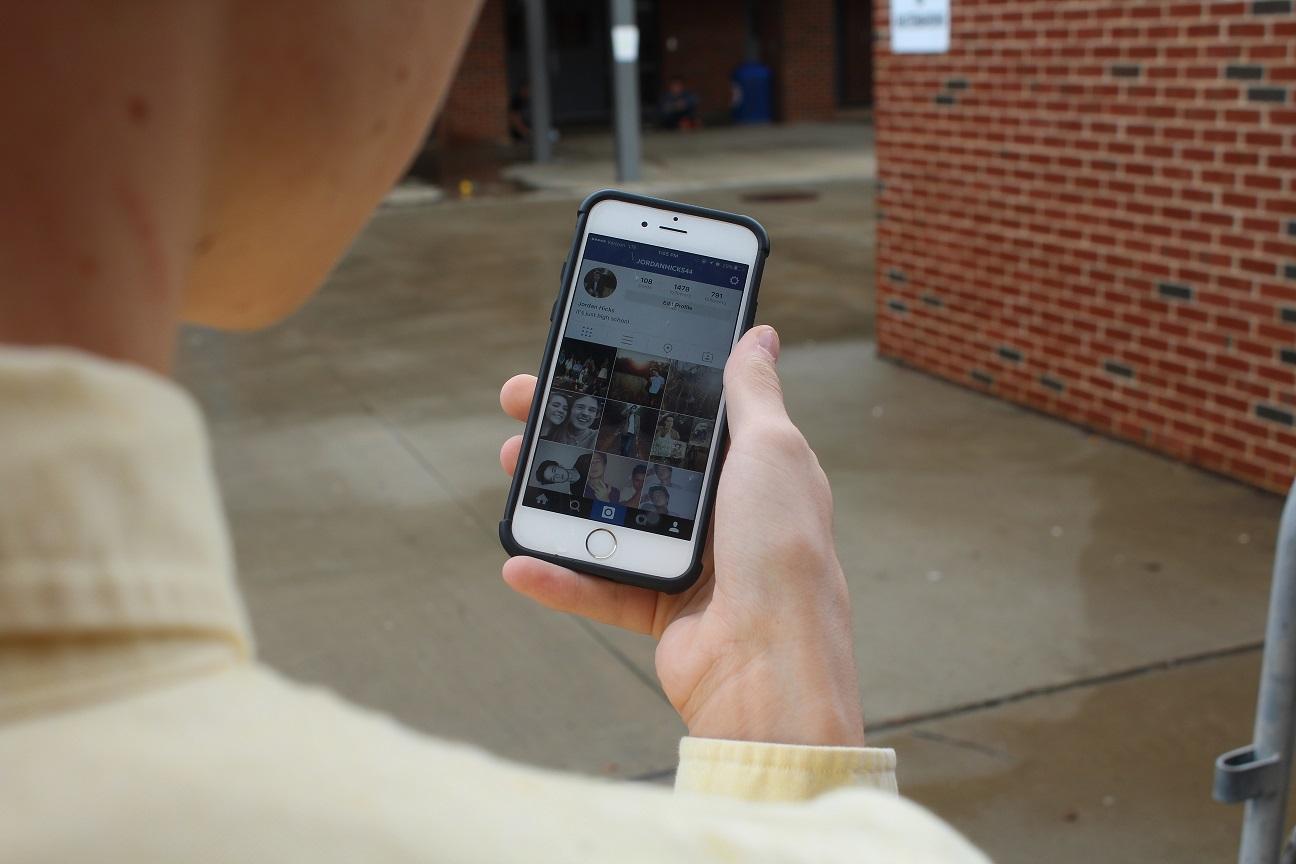 Are likes and favorites the new popularity contest?

Nerves set in as the bell rings, signaling the first semester of a new school year. Standing around their lockers, students switch their books, greet their friends after a long summer, and prepare for the challenge ahead.

Suddenly, the crowd parts, revealing an immaculately well-dressed student yelling something to the tune of “Watch where you’re going.” While this scenario fits the opening scene to practically any 80’s or 90’s movie, one can hardly describe the popular crowd in the same manner today.

Do the archetypes of Regina George, Heather Chandler, and Cher Horowitz still exist in the digital age? Or have they moved online?

As the twenty first century takes people’s lives out of the moment and into their smartphones, much of daily life now exists online. According to the Pew Research Center, 92% of teens aged 13-17 visit social media sites daily, with 24% admitting to a constant online status. The trends shift the meaning of popularity as they do with other aspects of our reality.

What makes someone popular? In the past, attributes including clothing, hair color, car, and even general attractiveness determined someone’s status. As people’s lives shift toward the World Wide Web, factors such as likes, follower or friend count, and caption cleverness account for a large part of one’s popularity.

Instagram, a social media app centered around sharing strictly photos and video, boasts 700 million users, with 33% of teens ranking it as their number one social media app, according to a report by PiperJaffray. While the app functions as a gallery for photos, it also fosters social pressure. 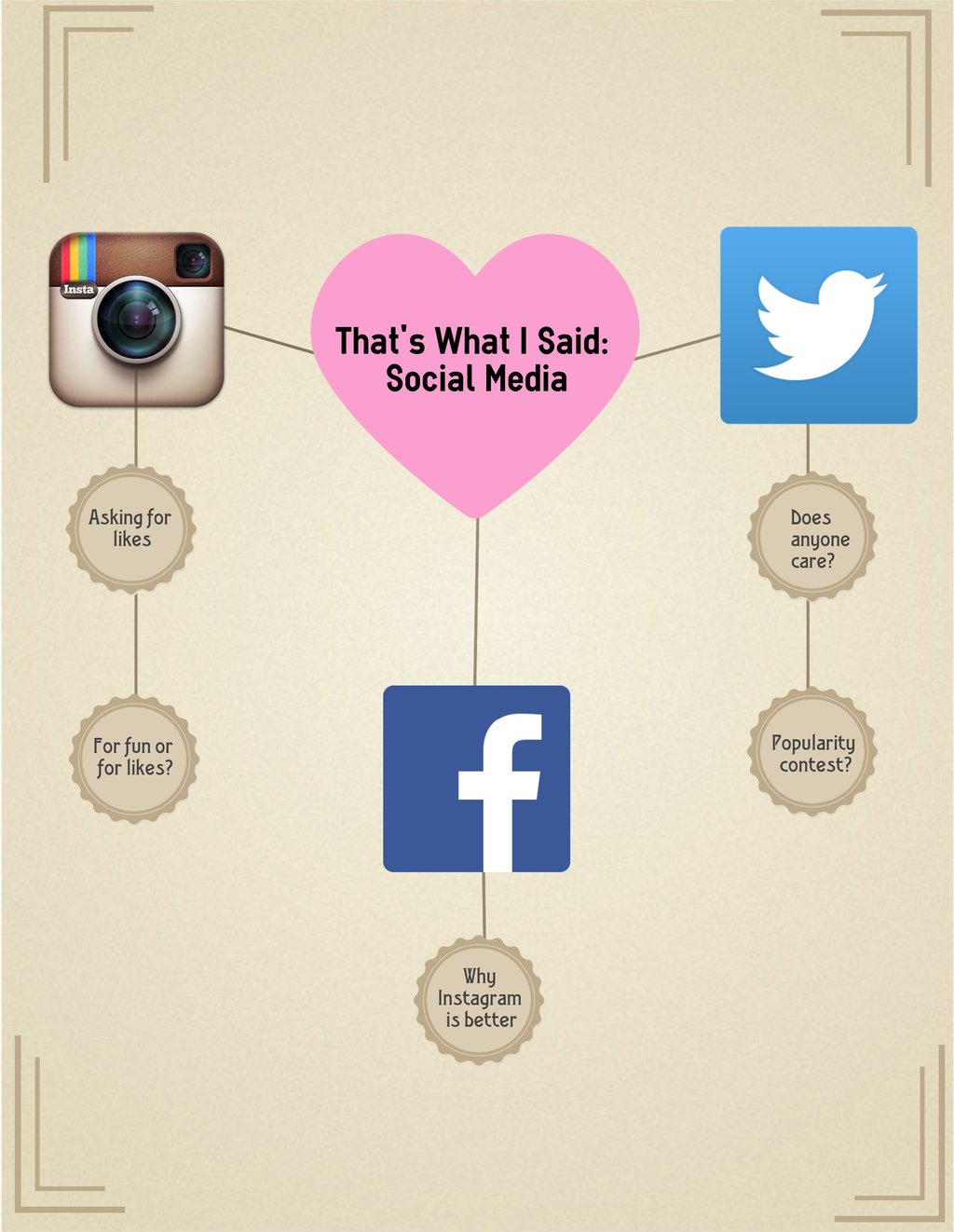 Despite “likes” only making up one part of Instagram’s features, the simple act of a double tap develops into a social seal of approval: “If [you post] a selfie and you don’t get likes, it’s like, what the hell, am I not cute anymore? And then you feel like you’ve lost your luster, and the whole day is just bad,” Hasty said.

A fair amount of students perceive social media as more stressful than fun because of the pressure of obtaining a certain amount of likes.

“It’s so much work, like thinking of a caption, or seeing how many likes they get in the amount of minutes… It’s ridiculous,” senior Gina Lee (with nearly 800 Instagram followers) said.

Some students see the app as not only a way to connect with friends, but also as a vessel to begin creating their own social media brand. Jordan Hicks, a sophomore with approximately 1400 followers, dreams of an acting career and hopes Instagram will lead to a possible talent agent discovery.

“A lot of famous producers have Instagram, and that’s how people get discovered, like Justin Bieber,” Hicks said. “Social media is just knowing people, meeting new people, getting my name out there. Some people buy their likes. I think that’s doing the most… If you wanna have people like your picture, people need to like you.”

Hicks sees popularity as more of a way of acting than a social status. To him, likes do hold significance, but not for the purpose of popularity: “I think you should go through your day, smiling, and greeting people and making sure everyone’s having a good day. If you do that, people will like you, and I guess that means you’re popular. Honestly I think popularity is a stupid concept. The amount of people that know you, it’s not the quality of the people. You could have all these fake friends and be considered popular.” 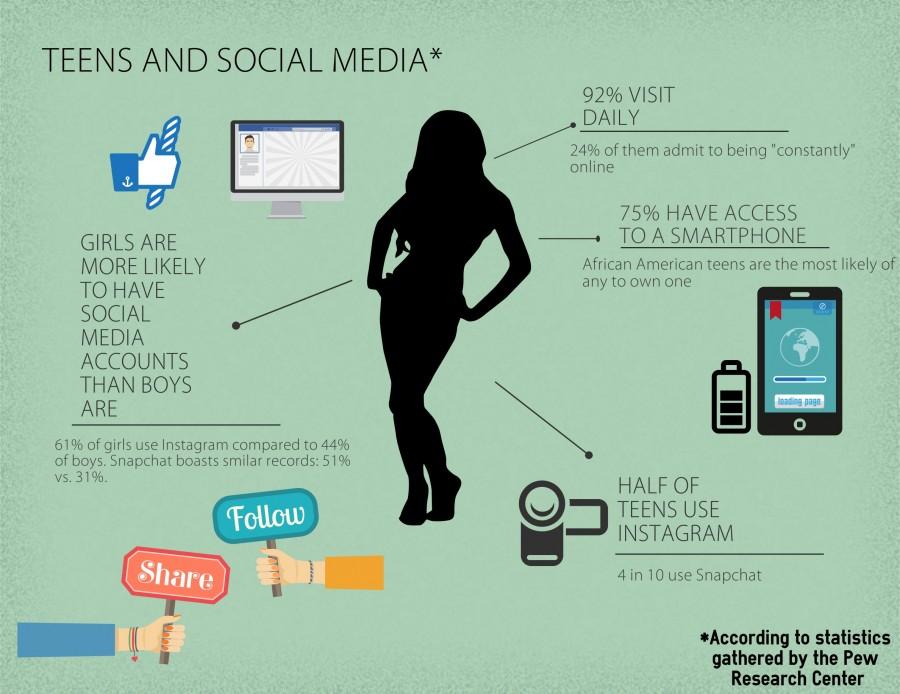 Due to the stress surrounding obtaining likes, teens coin phrases to describe social pressure, like “Instagram prime time,” which The Urban Dictionary defines as “the time of day during which Instagram will be the most active and pictures will receive more instantaneous likes. From 5 to 8 P.M.” Because of the phenomenon, many teens prefer Twitter, a site in which users send out posts (called tweets) of 140 characters or less.

“If it’s not prime time then you can’t see what’s going on [on Instagram],” sophomore Sandy Dang (with 275 Twitter followers and 600 Instagram followers) said. “On Twitter you don’t always have to post pictures to say something about it, you can just say whatever you want. It’s fast and easy. There’s more things to read and do; it’s always updating you.”

Twitter also includes less unwritten rules, which discourage users from posting twice a day, or during certain hours. Instagram runs similar to a social obstacle course, requiring users to jump through various hoops to gain the most amount of likes, while Twitter behaves more like a free-for-all.

“I feel like on Instagram there’s a set amount of things you can post in a day where people don’t get annoyed by you, but Twitter you can post however much you want to,”  junior Andrew Gasparini (750 Instagram, 275 Twitter followers) said. “It’s more social I think because you can respond to people more, quote their tweets, retweet and everything like that, so I think it’s more talkative. You can have a conversation.”

“[Popular people], they’re the person you see on Instagram and Twitter all the time. You may not be following them, but you always see them. They’re the ones everybody’s talking about,” Gasparini said.

Due to the competitive nature of such sites, a number of teens choose to abstain from forms of social media entirely. Instead of a way to connect with friends, social media can breed unwanted negativity.

“I think people use [Twitter] to complain a lot and I don’t really like seeing those kind of things,” Lee said. “I like to use social media to share my faith, or what I like doing, and when I see people complaining about every little thing they do or subtweeting about other people it’s ridiculous. If I want people to know about my life, they’re probably close enough to know what happening already.”

Users create social media accounts based on their friends’ actions, as the apps connect users to their peers.

“I already have a close knit group of friends, and none of them were doing it, so I didn’t do it,” senior Ryan Harrison, who currently possesses no social media accounts, said.

On how he “determines” who to describe as popular, Harrison says, “I say it’s relative. I’m friends with who I’m friends with. Some people walk around and think that they’re better than everyone else because of social media or other things; they don’t wanna talk to certain people who they deem as affluent and not as important. That’s just not for me.”

Despite the stress and stigma, one cannot argue against the inherently fun nature of such sites.

“Coming up with the best caption, trying to reach a certain amount of likes, I try not to think about that. I genuinely enjoy it… showing moments of my life with my friends that I find valuable,” Gasparini said.

Although occasionally disappointing, users must accept the reality of the situation if they decide to create social media accounts. Hasty puts it perfectly: “Sometimes your picture’s gonna flop and you just gotta accept it, ya know? Likes aren’t everything.”

One Response to “Are likes and favorites the new popularity contest?”