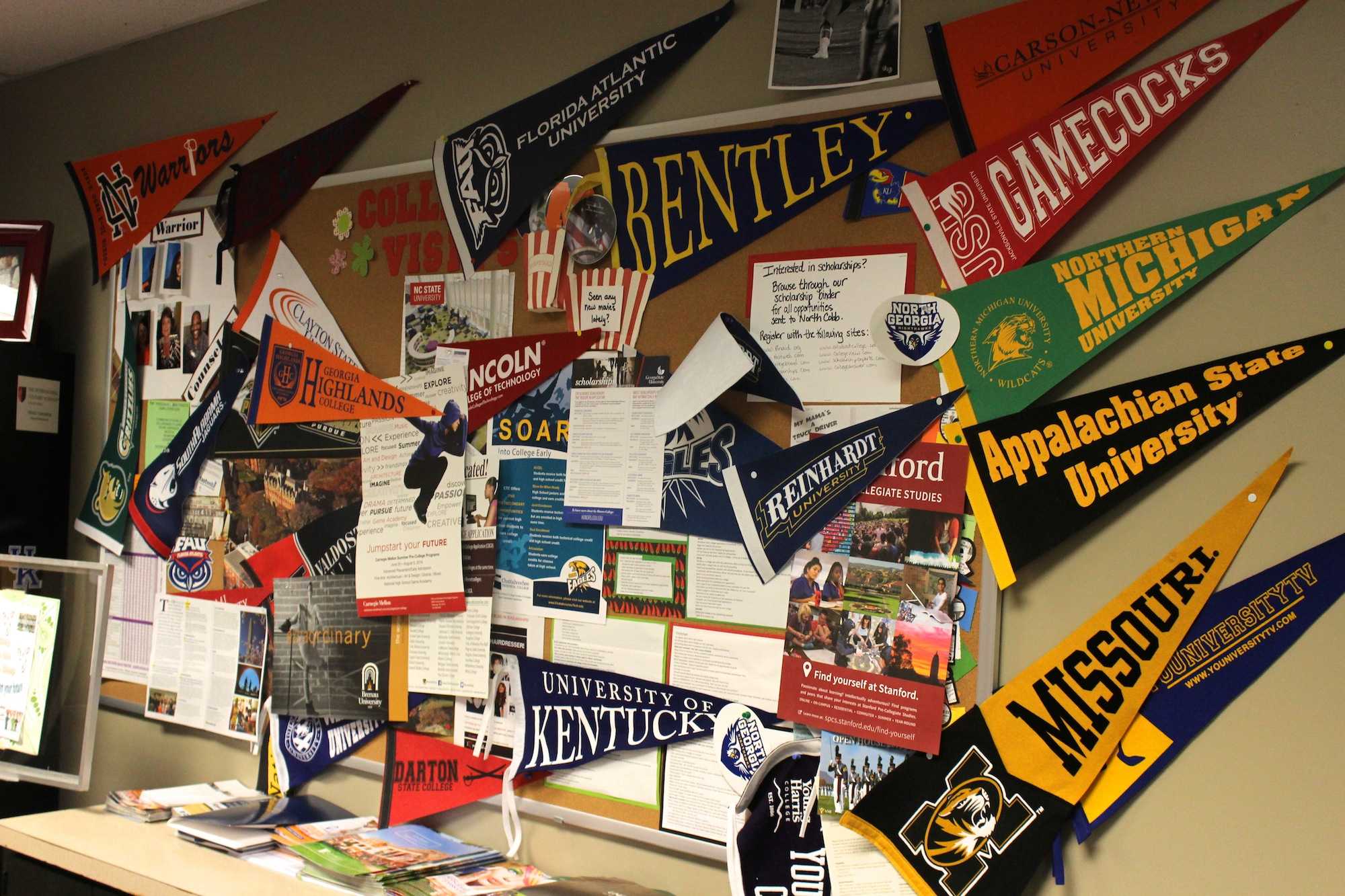 Waiting to decide: The developing gap between early and late college committers

In the face of rewriting essays, gathering teacher recommendations, and filling out the FAFSA, senior year boasts one possibly life-changing task: the college decision. The thought of leaving high school and beginning a new stage of life excites most students, but can plague the teens who delay their decision. While the majority fail to perceive a significant difference between early and late committers, the gap creates a divide between those who know what college they will attend early and those who decide to wait.

After completing junior year, commonly regarded as the most challenging, students can finally use their hard-earned GPA and test scores to apply to colleges and receive acceptances.

“Its cool when you’re applying and seeing all of your accomplishments put on paper,” senior Whitney Miller said. “Most of my colleges were on the common app so it was an easy process. I would say [the worst part was] that it was costly and annoying to keep sending scores to all of those schools.”

Miller, who applied to five schools and received her first acceptance in November, committed to The Georgia Institute of Technology on April 13, just two weeks shy of the May 1 national deadline. For Miller, waiting “is okay, as long as you pay before your deadline! Honestly, this is one of the biggest decisions I’ll ever make and it’s definitely not something I felt like I should rush into.”

The relief that comes with early decision gives it a great advantage. A significant amount of senior year stress comes from choosing the next educational pathway, and early decisions help students find comfort during the trying time. 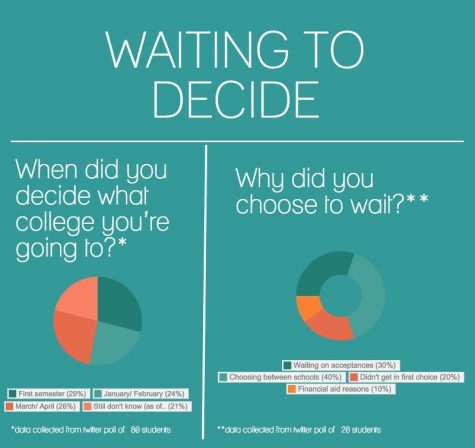 Senior Anna Coleman, who committed to Louisiana State University in October,  felt ecstatic upon her decision to attend her number one college choice.

“If you’re sure where you want to go I think deciding early is smart because you get first pick of everything and it gives you more time to prepare all the forms and documents and everything you have to submit,” Coleman said. “If it wasn’t super sure it was my number one choice, I most likely wouldn’t have decided so early.”

While she considers her decision ideal, Coleman also recognizes that not every graduating senior can decide early or get accepted into their number one school.

“If you change your mind or financial stuff falls through, or you get a great offer from another school, you’ve already paid all those fees that are non-refundable,” Coleman said.

Seeing disadvantages and encountering them serve as two different experiences, however. Senior Ashton Husbands, who received her first college acceptance in December but waited until April 30 to commit to Georgia State University, underwent these setbacks firsthand.

“I didn’t really purposefully wait this long, I just didn’t really have all my stuff together,” she said. “When you’re a senior, everyone always asks you where you’re going to college, and if you decide early then you can just give an answer, but if you tell them you don’t know yet they always start lecturing you, like ‘you need to figure that out’.”

However, Husbands does not regret waiting and cites the problematic circumstances early committers experience as her reasoning.

“If you commit in October, you haven’t submitted your FAFSA or anything like that yet, so you’re making a decision really early and you don’t really know like the cost side of it,” Husbands said. “But, me, I knew the cost side. I do think there are advantages to waiting because you can find out more about the school and really decide if that’s where you want to spend the next four years of your life, and if you decide early, then you might end up not liking the school and you might end up transferring.”

The uncertainty surrounding the entire college admissions process constitutes a problematic aspect of early decision. Even if one applies early and plans to make a prompt decision, colleges cannot guarantee an early application will ensure early acceptance.

This introduces another frightening prospect for seniors— the possibility of receiving a deferred status. When a student applies to a school under the early action plan, a college can respond in one of three ways: an acceptance, denial, or deferral, in which the student must submit another application to receive consideration in the second round of acceptances. 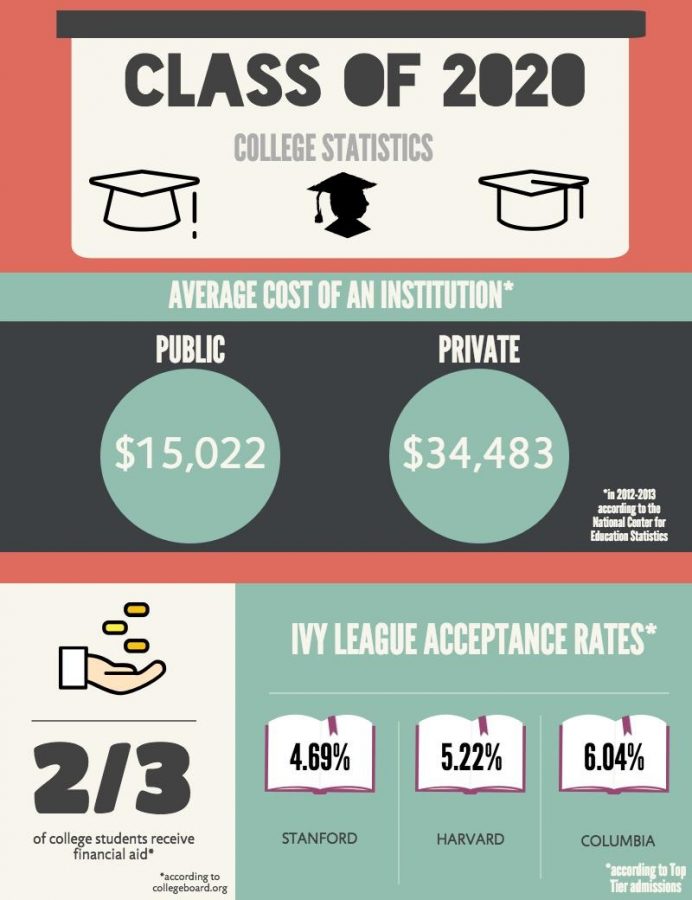 While a deferral differs from a denial, students may perceive it as equal. Upon receiving the news that The University of Georgia deferred him in November, senior Nick Frost recalled feeling discouraged, but still having “some hope.” Although he predicted he would not get accepted first round, the news stung regardless.

“It felt like all my friends got in and I was the only one who didn’t,” Frost said. “Telling people I got deferred kinda sucked. [It made me feel sad] to know there was a possibility I wouldn’t be accepted to my top choice, and that I had to wait until March to know.”

Despite the stress associated with this trying time, the wait paid off. Frost ultimately received his acceptance in March, and plans to major in Computer Science or Pre Medical Studies. While his experience fails to apply to all deferred students, his story still gives hope to those who feel hindered by the demanding college admissions process, illustrating that if one puts in the effort, their college aspirations can transform into a reality.