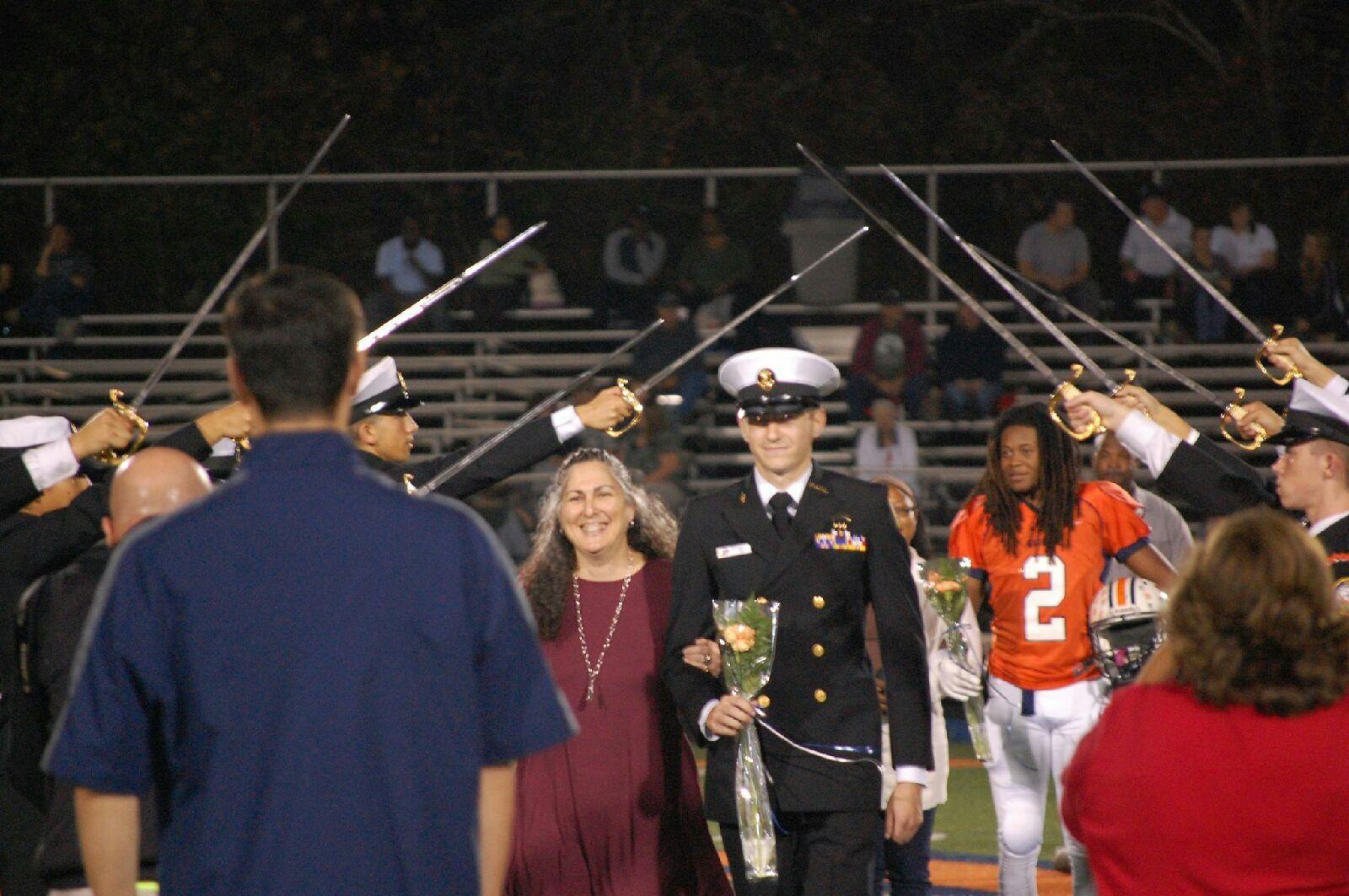 Accompanied by his mom, Wilson receives recognition for his four years of participation in the NC NJROTC on Senior Night. (Courtesy of Robert Wilson)

Accompanied by his mom, Wilson receives recognition for his four years of participation in the NC NJROTC on Senior Night.

Hoping to carry on a long-standing family tradition and serve his country, senior Robert Wilson reflects on his recent reception of major military scholarships and post-graduation plans.

Wilson remembers discovering interest in the military in his early childhood, but not realizing his true goals until the sixth grade. He made the decision as a middle schooler to join the Marine Corps and worked toward the aspiration ever since.

“I knew I wanted to be a Marine hearing about how tough they were and I wanted to be tough too. I was told they would challenge me like no other and put me through insane obstacles,” Wilson said.

Additionally, Wilson felt compelled to pursue a military career and follow in his father’s footsteps. Hearing the stories told by his dad and other family members allowed him to imagine himself carrying on the rich legacy.

“In my family, from what I know of, at least one male from every generation served in a branch of the military. This set a basic thought process of carrying on a highly respected tradition,” Wilson said. 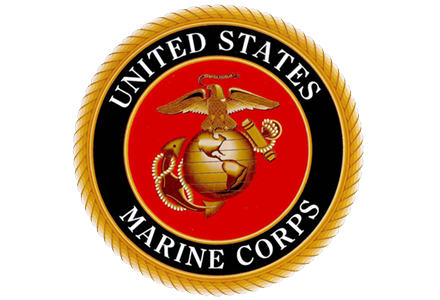 Upon entering high school, Wilson quickly became a member of the NJROTC program at NC. The program provides the opportunity for students to become better citizens and give back to their community, while participating in military drills, physical training, academics, and personal inspections. The senior quickly moved up the ranks and now stands as one of the most respected leaders in the NC ROTC program.

“In class I assist 1st Sgt in conducting physical training [(PT)] and drill. I also do admin like grading papers. Then after school I hold PT sessions and compete on the drill team. Outside of the classroom I help with community service events, participate in drill meets, and assist with school functions such as football games,” Wilson said.

In addition to participating on the drill team and devoting extracurricular time to ROTC, Wilson takes part in the ultimate frisbee club and wrestling team. Wilson also works weekly at Savvi Formal Wear to earn extra money. He currently holds a 3.5 GPA and has taken more than ten honors and AP-level courses. 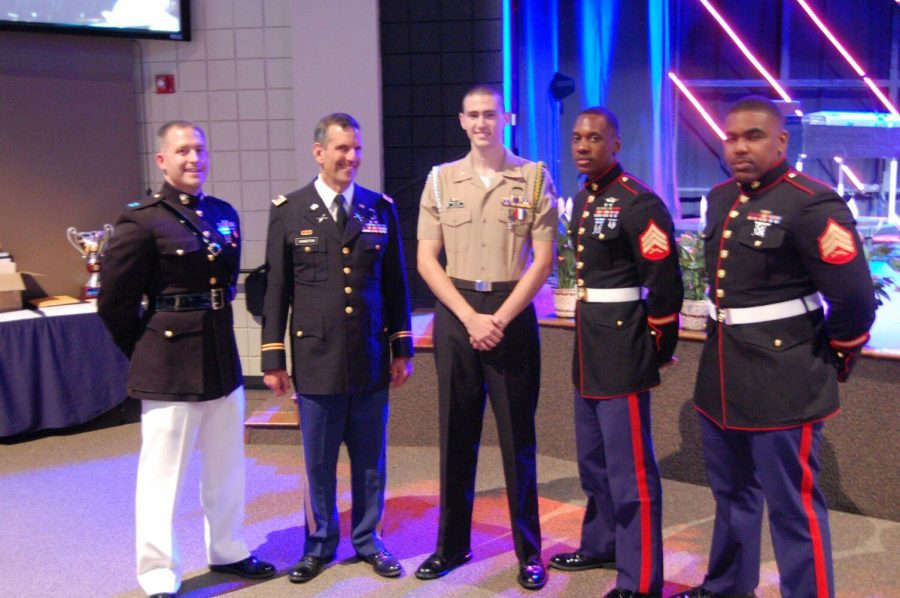 Gallery|5 Photos
Sarah Sutley
After receiving his scholarships at Honors Night, Wilson stands grateful and enthusiastic to continue his path to the Marines in college.

“For me, it has always been a dream to be a Marine and being able to lead Marines. Receiving this scholarship puts me one step closer to achieving a lifelong dream. It shows me that I can accomplish what seems like even the most impossible of tasks with hard work and motivation. I see it as a statement of the ability of any single person to accomplish anything they put their heart and mind too,” Wilson said.

Earning the Branch Scholarship posed a formidable task for the senior. The application process required Wilson to write three essays, attend multiple interviews, and pass a grueling physical fitness test. To prepare, he participated in workouts including running, pull ups, and weight training. He also recalls filling out what seemed like endless amounts of paperwork and sitting through several mock interviews.

“The preparation seemed endless, but the early mornings, late nights, and never ending grind is all 100% worth it,” Wilson said.

Throughout high school, Wilson also received the Gung Ho Award for exemplary character and leadership two years in a row and the American Legion Post 304 Medal for outstanding leadership attributes.

Although his successes largely come from intrinsic motivation, Wilson credits his close friends and family for supporting his efforts to become a Marine Corps Officer. Many of his friends stay after school to keep him company while he trains, and though his family members show hesitation with Wilson’s decision to join the military, they remain extremely supportive and proud.

While moving on from NC and the NJROTC program that provided him with guidance and direction for the past four years, Wilson’s hard-earned scholarships and definite plans will allow him to follow tradition and serve his country.

“I have always felt that since I have had seventeen years of freedom, the least I could do to repay it is fight for it and make sure that the future generation still has theirs,” Wilson said.