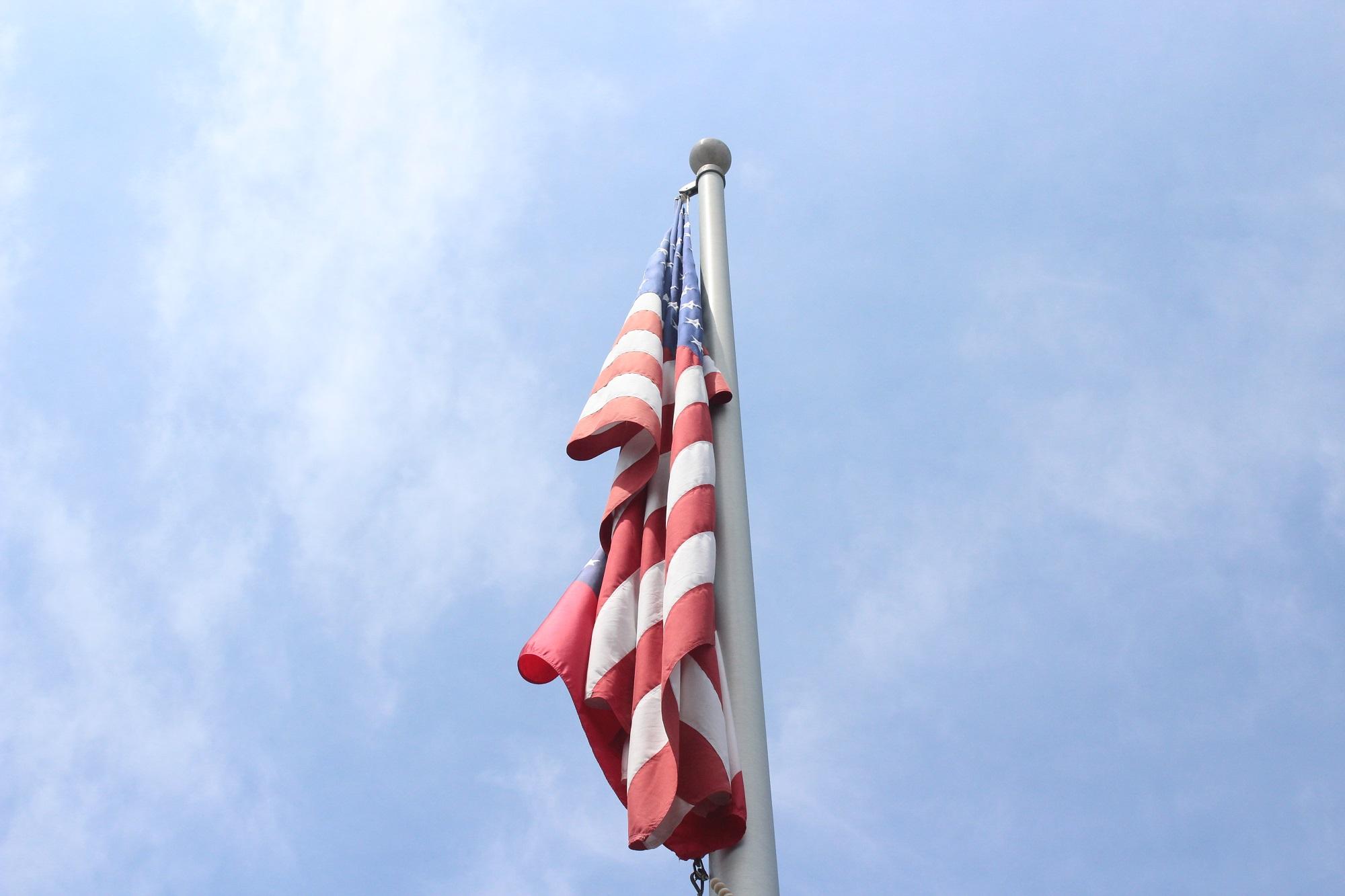 A thriving democracy: How America violates the Bill of Rights

America, the beautiful, whose lands wrap around its every citizen like a warm blanket of freedom, comfort, and opportunity, stands as a great nation. A thriving democracy, our foundation rests upon the Constitution, forged by a history fraught with shouts for revolution and cries for freedom. The country exists as a nation that has stood tall and strong for hundreds of years—but underneath its veneer of beauty lies a dark cancer existing since the beginning of its foundation, as we quietly violate its structure: the Bill of Rights.

“The Bill of Rights was meant to protect us citizens and our liberties, so it shouldn’t be broken, but there a lot of loopholes people use over the years, like taking away the freedom of speech,” US History teacher Tamara Rankenburg said.

Fatima Elfakahany
The United States exists on a pillar of ideals, but cracks run throughout the structures. Our founders created the Bill of Rights so that as our society changed, the Constitution could easily fit expansions. Yet from the offset, the country did not intend the initial Bill of Rights for everyone: the language was broad, but the parameters were clear. “I mean, from the beginning the Bill of Rights kind of only applied to certain people,” said sophomore Abby Jeske. “Native Americans, slaves, and women weren’t considered citizens, so if we’re talking breaking the Bill of Rights, then that was the first break, I think, and we keep breaking them. I remember hearing about [Murat Kurnaz], who didn’t get a trial because he was suspected for being a terrorist. He was tortured for five years, I think, and he was innocent, but he didn’t get the rights that the Bill of Rights said he should.”

As for frequent breaches, our first amendment may stand as one of our most important, as it emphasizes the liberties each citizen holds: freedom of speech, press, religion, assembly, and petition. In our history, the government breached all.

“It’s really weird to think how sometimes we’ve just ignored the first amendment,” junior Raghav Patel said. “People will always use the first amendment to say why we shouldn’t have things, but in reality we’ve broken all of its subclauses, like during World War I and we arrested a lot of people who condemned the government.”

In 1918, the passage of the Sedition Acts to prevent citizens from speaking out against government participation in World War I led to the arrest of Eugene V. Debs, an orator who criticized America’s involvement, a direct breach of the first amendment. While people do acknowledge that speech that can pose a harm to oneself or another does not fall under these protections—people can still speak, but must face the consequences of doing so; for example, a person cannot  yell “fire” in a crowded area—to do so does not exist as free speech, but a danger to others. Similarly, the government attempted to excuse the Sedition Acts by claiming they would make the United States more secure, more united. Yet a key component of freedom remains the ability to speak out against our government for perceived wrongs, and when our leaders prevented people from doing so, a mighty breach of the Bill of Rights occurred.

“I can understand that we are limited in what we can and cannot say; that’s the whole thing with gag orders. You can’t say anything in particular to a court case. It’s also the same thing with threatening a person’s life or defamation,” senior Holden Haley said. “So a lot of times we are restricted by what we can’t say legally in this country. You can’t get into whether or not anyone’s going to prosecute you. But things like yelling a bomb threat in a crowded movie theater, that’s silly. But giving them that inch leads into them taking more, so when the government restricts you from saying something just because they don’t want you to say it, it’s not the same. So is it really considered free speech or are we as a society saying, ‘No, that’s not necessary. You don’t need to say that.’”

More tears occurred more recently: the FBI’s 2011 spying on Muslim mosques and states governments’ 2011 disbursement of Occupy protesters, violating the freedom of religion and assembly clauses. An FBI-backed informant infiltrated a California mosque, targeting Muslims for surveillance because of their religion based on “national security.” For Muslim-Americans across the country, this stood as an injustice, an infringement of their basic right to practice religion freely.

“They’re basically saying that we’re all a danger, that our rights don’t matter as much as others because of what we could do,” junior Alia Mahmood said. “The Bill of Rights was put in place to protect us as American citizens, and it’s annoying when they just disregard that, especially when there’s no set reason.”

The same held true for Occupy protesters, where excessive police force ejected them from public spaces, and where some protesters faced charges. Public officials defended the breakup of camps by citing health and safety concerns, as well claiming that responding to camp problems drained crime-fighting resources. Yet many see these as excuses, woven to show security as greater than liberty, and only existing violate free assembly guaranteed by the Bill of Rights.

“There are some cases where, you know, breaching the Bill of Rights isn’t so much a breach as basically protecting others,” Patel said. “The law doesn’t protect you from harming other people. But sometimes I think using that lets the government get away with something that actually isn’t protecting people from harm, but protecting governments from criticism, which was the case with the Occupy protests.”

“It is hard to judge sometimes, especially since Lincoln was trying to protect the American people,” Jeske said. “But Lincoln did commit violations of the Bill of Rights to protect the people and he really compromised American citizen freedoms, and it isn’t like it stopped. It happens now.”

Current infringements reveal themselves when in 1970s and in 2014, the NSA breached the right to be secure against unreasonable searches without a warrant, all in the name of security. The Red Scare awashed the 70s and the NSA monitored people, searched them, without cause in fear that they were communists. In 2014, Edward Snowden revealed NSA mass abuse of power, with many internet companies, to monitor people illegally both nationwide and globally. These actions directly violate the fifth amendment, much like Lincoln in the 1860s.

“It’s difficult, with the NSA, because they’re trying to protect us from a new threat we’re not accustomed to,” Rankenburg said. “But at the same time, if they’re using it to get inot people’s information that aren’t actually a threat, then that’s not okay. There’s a line, but if you make it too small, then there are people that are going to be able to hurt other people, but if you make it too big, then they’re going to violate human rights.”

“The whole idea of federalism is to consistently evolve on a federal level, and while the United States is, almost actively, breaking the Bill of Rights, it’s part of an evolution that has to happen in order for our democracy to continue,” senior Ben Jones said. “It’s broken these Bill of Rights laws because it had to, you know. I’m talking about the second amendment, the first amendment. When a movement gets to the point where it’s becoming aggressive and fueling aggressive acts, it needs to be shut down. Same thing with the second amendment–if someone’s becoming aggressive with a weapon, they don’t need to have the right to bear arms. There’s a line.”

Haley agrees, citing the second amendment as one that must adapt to the 21st century.

“With the second amendment, with everyone needs to bear arms, that was mostly for a time where our existence as a nation was constantly being challenged by the Spanish or the Mexicans or the British, so it would make sense that that would be restricted as it becomes more and more unnecessary,” he said. “And it’s not just the second amendment, it’s also the same for the first amendment and freedom of speech. We just have to judge them based on the time we’re in and take into account that it was written over 200 years ago.”

The two arguments continue to rage between American citizens, but few refute the notion that the government broke the Bill of Rights, intended as freedom, since its inception.

“While I can see both sides of the argument, I do agree that the Bill of Rights are constantly being challenged and chipped away at,” Haley said. “So I think at some point they need to be readdressed.”

One Response to “A thriving democracy: How America violates the Bill of Rights”