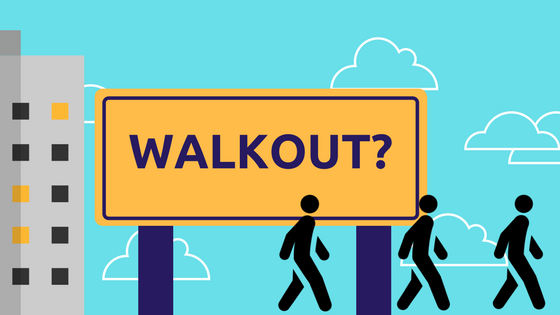 To walkout or not to walkout?

A new age of activism: Why NC students deserve to participate in the walkout

Ever since the start of the Occupy Movement in 2011, it seems as if student activism has reached a golden age, with nearly 9% of all college freshman professing a “very good chance” in participating in demonstrations in 2015 alone. However, now after the recent Parkland shooting, student activism seems like a gale wind sweeping the youth of the nation. While their actions have received a myriad of praise, it seems that not everyone supports the efforts of these students. One such example: our own Cobb County School District stated that students participating in the planned March 14th walkout will be subject to consequences; unsurprisingly, this choice has faced criticism from Cobb students, criticism not without basis.

To start, the American right to assembly applies no less to students than it does to adults. The First Amendment, otherwise known as the Five Freedoms, states that “Congress shall make no law… abridging the freedom… of the people peaceably to assemble.” The walkout will not involve rioting, looting, or fighting; just 17 minutes of walking in honor of the lives lost in the shooting, so the logic of potential for violence inherently contradicts itself.

Likewise, the argument that students can face punishment because the First Amendment only protects against government action also fails. Like all public school systems, Cobb County falls under government jurisdiction, as they receive funding from the local government, run by officials elected by citizens, and viewed by the Internal Revenue Service (IRS) as “government instrumentalities.” Ergo, students can face no more political censorship from school than they otherwise would from a local Congress member.

For those doubting the validity of these claims, numerous court cases, from both the Supreme Court and state specific courts, exist defending the rights of students to the profession of their beliefs. The 1969 case of Tinker v. Des Moines Independent Community School District, where after the Iowa school system suspended four students for protesting the Vietnam War, the Court ruled that “in wearing armbands, the petitioners were quiet… passive[,] did not impinge upon the rights of others[,] and within the protection of the Free Speech Clause of the First Amendment.”

Beyond the protection of their rights, student activists throughout history displayed their effectiveness at producing effective social change. The 1960 Greensboro sit-ins served as among the first instances of how student efforts could lead to social change. In this case, after four black teenagers decided to sit at and not leave a white only seating area, 55 cities in 13 states joined in on the effort to abolish racially segregated eating areas nationwide, leading to the formation of the Student Nonviolent Coordinating Committee and the mandate of desegregation in the 1964 Civil Rights Act.

Likewise, the current wave of student activism in the aftermath of the Stoneman Douglas tragedy proves that American students possess more than enough knowledge and dedication to their cause to produce effective social change, with two students recently challenging the President and lawmakers to prove they “aren’t owned by the NRA.” And cases of student activism extend beyond the United States: the iconic Tiananmen Square protests of 1989 grew out of a desire to see ideals of democracy and rule of law introduced into China; the Velvet Revolution in Czechoslovakia of the same year involved students advocating for a power shift in the region, one so successful it lead to both the dissolution of the two regions into separate nations and their first democratic elections occurring in June of the next year, despite the bulk of student activism taking place on one day. Note that in the case of the latter, students protested during the Cold War, a 40 year long period where the world came closer than ever before to nuclear war, and it seemed the world itself could erupt at any time. So ask yourself: if students in Czechoslovakia, a Communist country formerly under Nazi jurisdiction where ”dozens of magazines and journals were shut down,” could peacefully voice their minds, what rights allow Cobb County School officials to do the same in a nation which promotes advocating for a cause?

Regarding the topic of the rights of the Cobb school system, their refusal to let students actively participate should hurt all in favor of participating in the walkout, especially considering what other schools allow students to do; while kids at schools like North Cobb may face suspension for leaving class, Walton High reports that “nearly 2,300 students have signed up” to participate. This may confuse some, as Walton does fall under Cobb county jurisdiction; however, this example of inconsistency pertaining to enforcement of school conduct may serve as an annoyance to some, possibly believing the County cannot make up their minds on how or how not to punish kids.

Like it or not, students want to partake in events like the walkout. Whether or not a desire to “stick it to the man” influences their choice can vary from student to student, but the desire to do something exists, and no one should deny them that right so essential to the essence of our nation.

America operates as a democracy, not a dictatorship.

Yes, exceptions to free speech exist, and students can face punishment for acting out. However, in the case of the March 15 walkout, no one expects to see stores being looted, or windows shattered. Those who engage will simply leave their classes, sit down for 17 minutes, then return to their classes: nothing more, nothing less.

However, while this attempt at censoring the voices of students disappoints, this may signal a potential ongoing occurrence within Cobb: students want to hold an event or participate in one, only to hear their desires silenced.

This should worry any and all students interested in political change, as they possess the potential to change the legislative landscape of not just gun laws, but a plethora of issues affecting us all, like economic and foreign policy or workplace harassment.

In fact, these “rebellious” students may possess the potential to produce effective social change never seen not just around the Kennesaw area, but on a national scale. But the denial of our rights by the school officials not only hinders the growth of the social conscience of the youth, it serves to disillusion students from the adults, and inadvertently strengthens their desire to rebel.

Why I won’t be walking out 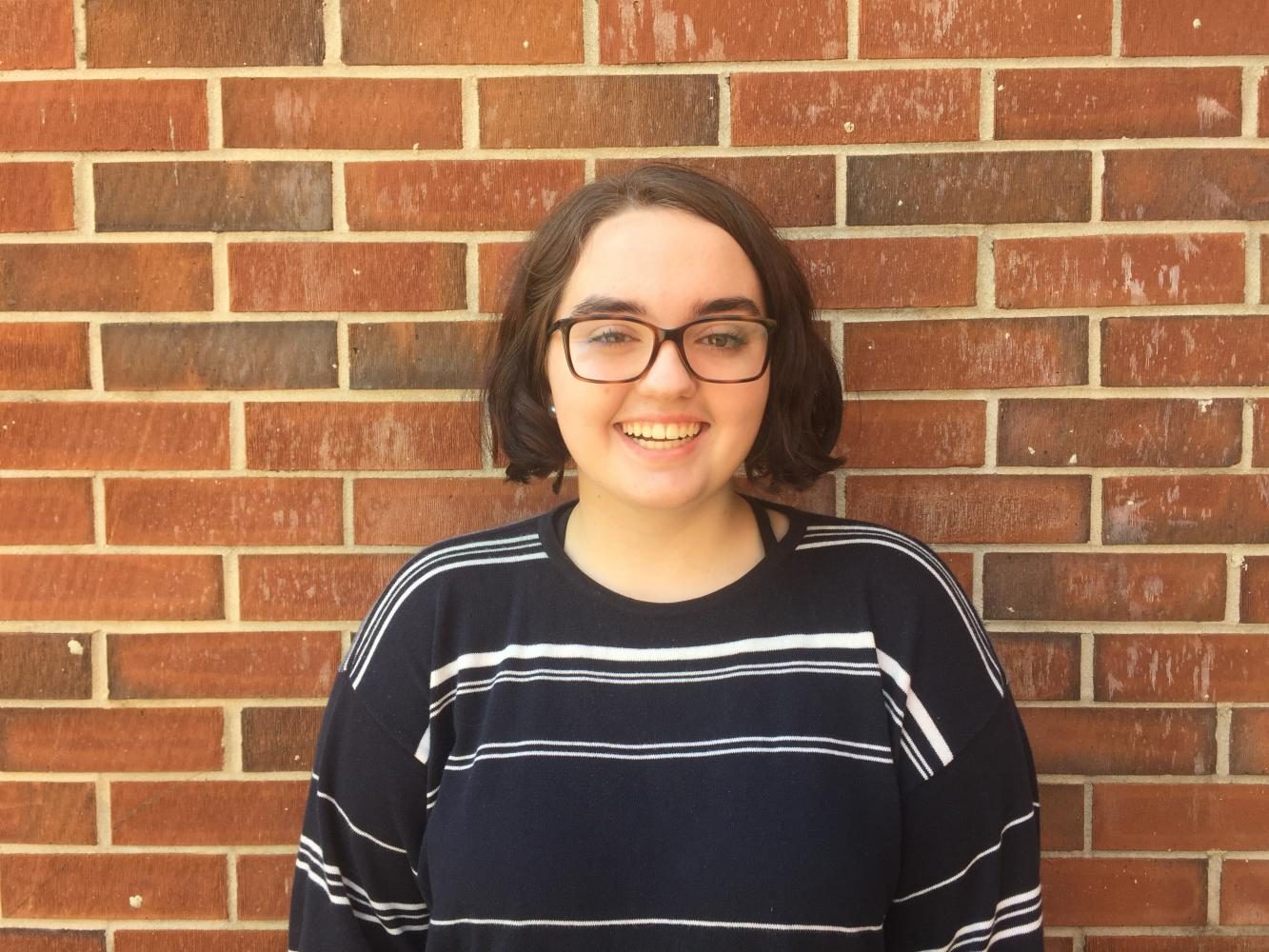 Before anyone starts yelling, I support change and gun reform, but I do not support the idea of the walkout at NC tomorrow, March 14. The importance of nationwide protests shines through the efforts of the individuals participating, a passion not present here. The lack of support and the threats of ISS and OSS given to possible participants by administration and Cobb County makes the protest difficult to support, and a walkout feels too risky. To combat these issues, administration began seeking alternatives, making the idea of a walkout ridiculous.

“I think we’ve come up with things we can do here that allow students to voice themselves,” Principal Bucky Horton said.

Horton and several key student leaders planned a fundraiser and memorial at 3:30 pm tomorrow afternoon, March 14, on the football field to commemorate Stoneman Douglas High School, which will allow students to make a difference without jeopardizing their permanent records. These actions will help make an impact without producing negative repercussions.

At NC, the dwindling number of students involved in the walkout make the event difficult to support. The safety in numbers argument will not hold up if only 100 people out of the school’s population of almost 3000 walk out. Without clear organization or true support for the protest, nothing will happen, the impact will be minimal, and more harm will come to those involved.

“The district stance is safety first, and it’s a safety concern to have a mass amount of students walking out of the school,” Horton said.

The threat of action from the county and administrators looms over the heads of students wanting change, choosing to either walk out of class or sit idle as others do.

Walton High School, still within the Cobb County school district, has organized the majority of their population to participate in the walkout on the same day at the same time, March 14 at 10:00 am. Only with the dedication from students could the walkout hold impact and become a talking point, but this case stands as a beautiful anomaly.

The administration stands with students and understands why they feel the need to walk out, however, they must uphold their responsibilities as faculty of Cobb County and oppose any threats to the safety of students.

Seventeen students and faculty members died in the shooting at Stoneman Douglas High School, which explains why the event ripples through the nation, inspiring actions from students begging for change, but without organization nothing will happen.

“This is not just a student issue. It’s not just students who lost their lives; faculty did too. We are all in this,” Horton said.

Instead of walking alone, do not fear suggestions of change, administrators, or others trying to benefit the community. Change persists in environments that encourage it, and we as students need to cultivate that environment, not destroy it by fostering conversation and collaboration.