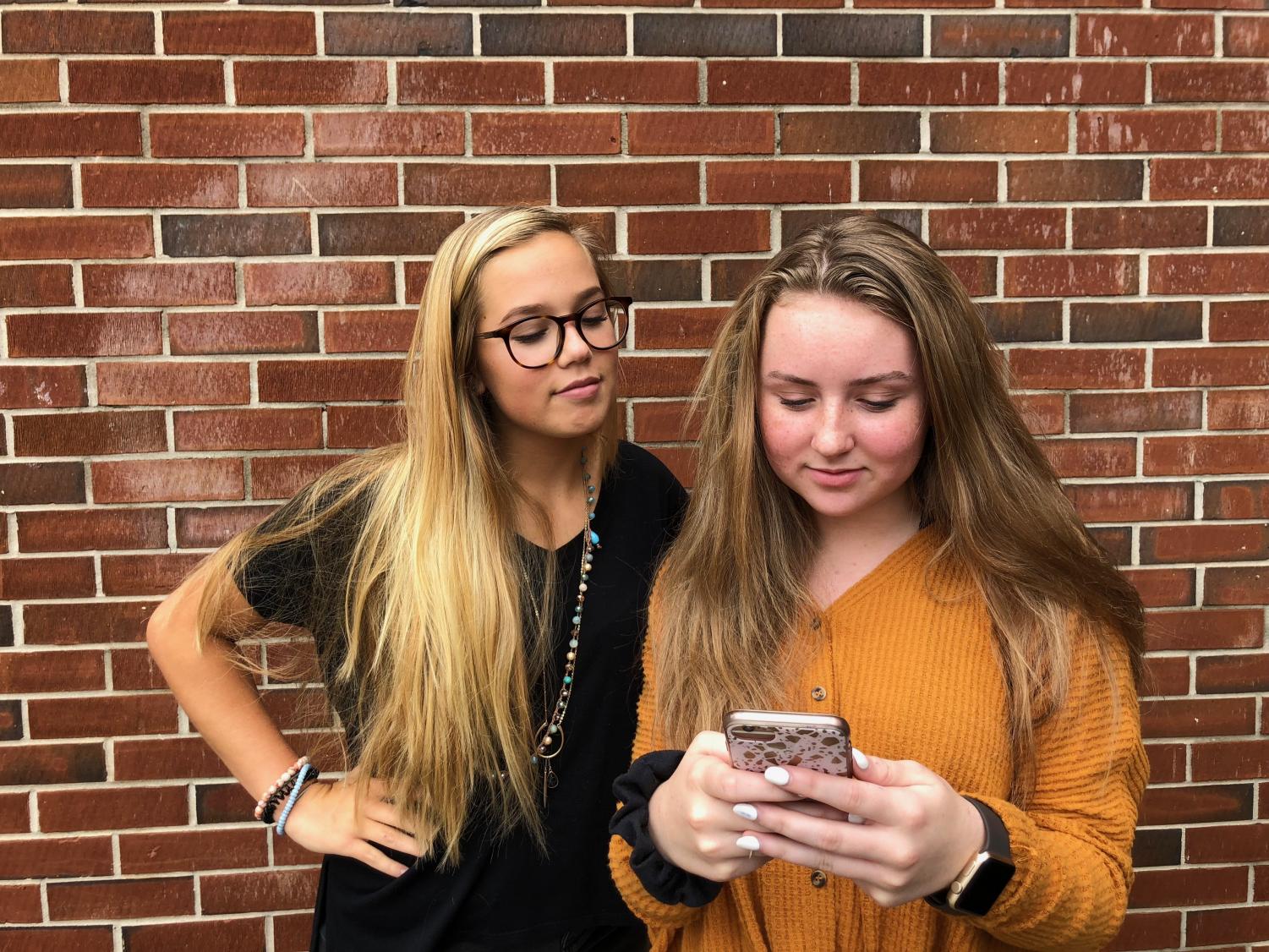 “Mom, give me my privacy!”: Should parents monitor their child’s technology?

On average, a child receives his first cell phone when he reaches 12 years old, and 91% of kids aged 13 to 17 with cell phones can access the Internet on them. With the majority of children open to the limitless world of the Internet, these children need protection from what seems like the greatest—yet scariest— birthday present of all.

When a child searches for nearly anything on any kind of search engine, results with similar tags or name can come up. The Internet supplies limitless options for educational purposes, but also inappropriate responses for underage eyes.

“I definitely worry about this a lot with my youngest [child]. He he has an iPad and I am always looking over him like a hawk because he doesn’t really know what trouble he can get into,” mother Rebecca Keaton said.

While searching for something as innocent as “My Little Pony” or wandering curiously on Google, a little kid can easily stumble upon the wrong website or video on a smartphone, laptop, or tablet. When children constantly pull up pornography, especially from a young age, it can affect one’s sexual beliefs and attitudes. While kids remain curious, viewing pornography online can result in harmful behavior that may stunt a child’s views on relationships and make sex seem less valuable.

Almost 80% of unwanted exposure to pornorgraphy occurs in the safety of a child’s own home. Parents should understand how and why Internet access should remain monitored to prevent this explicit exposure from occuring.

When children receive smartphones or tablets at a young age, they quickly expose themselves to the multiple social media apps and sites available online. 89% of all teens use some type of social media platform. Social media includes sites such as Instagram, Snapchat, Twitter, or any kind of site that provides a chat room. These sites allow kids to say anything or show anything to anyone who friends them. Nearly half of teens say that they regret posting at least one item on their social media accounts.

Cyberbullying, a rising problem within the social media community, occurs on all social media platforms and can increase anxiety and depression in teens. Children can hide their identities on social media accounts by using aliases, allowing them to make rude comments without revealing their true identity.

“Of course I worry about social media; it’s not that I don’t trust my children, I don’t trust the crazy strangers out there lurking on the Internet,” Keaton said.

While also exposed to cyberbullying, a child who creates their own Instagram, Snapchat, or Twitter account opens themselves to hidden predators who can view posts and circumnavigate privacy efforts. When a child makes their account private, a sexual predator can hide their identity by changing their profile picture and biography on their profile to look like a younger child seeking friendship.

Exposed to hidden predators, bullying, and inappropriate content, children need protection from this tool so they can use their smartphone or computer safely. Parents should know the dangers of the Internet as well as the benefits and act on their parameters.

Children can benefit from parents creating a welcoming environment where they can talk about their curiosities to encourage them from roaming the limitless internet. Talking out loud about the dangers of the Internet can make children squirm, but will also make them more aware of what dangerous content sits in their palm daily. Parents who initiate more conversation about sex and pornography with their children will find them wondering on their own about the subject less.

Parents and guardians can also use different applications on tablets and phones to prevent explicit content from appearing and monitor social media and text messaging. 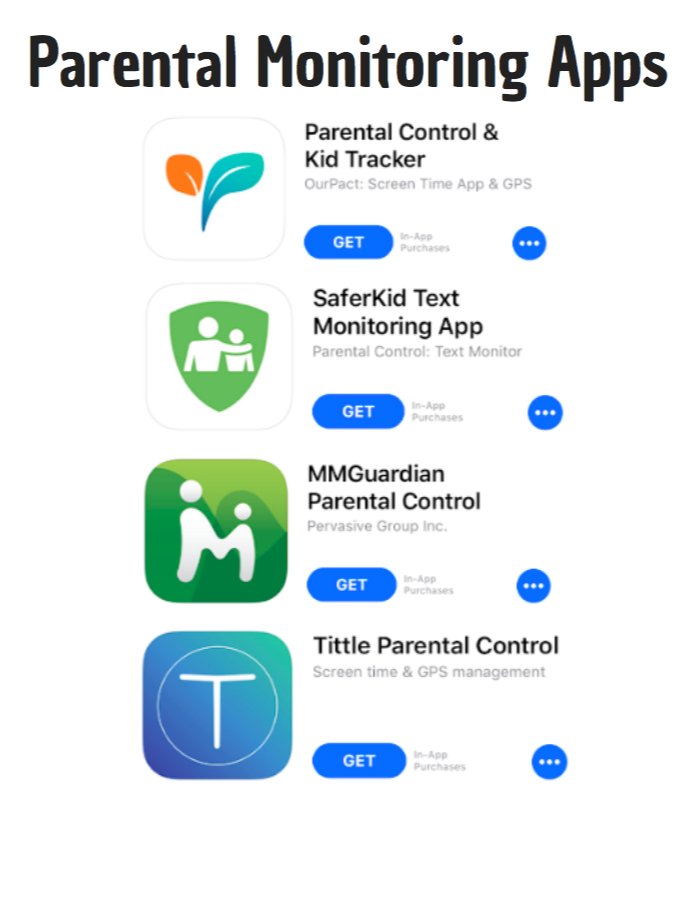 MamaBear, an app that send updates on social media and text messages as well as location sharing, allows parents to keep up with the whereabouts of their child on foot and on the Internet. This app, compatible with Android and iOS, also offers an ad-free version for $15 a month.

Parents can also benefit from child blocks on different Internet platforms such as Google’s parental lock and also any kind of streaming site’s parental lock. These sites can block inappropriate content from a screen and blur it from the screen.

“I definitely recommend monitoring apps for a child phone because it’s not them that is doing wrong, it’s the technology. They need protection for what they think is so cool because they don’t know what it will do to them in the future,” Keaton said.

Although adding more surveillance on children’s technology may seem like an overbearing invasion of privacy, children will benifit in the future from parents keeping a closer watch on electronics. If parents look to keep children safe by adding these apps on a child’s device, children will remain less at risk of stumbling upon inappropriate content on the Internet.

While the Internet can create many dangers for younger children starting to explore the Internet, it also remains as a valuable educational tool. The Internet can benefit everyone when used safely and monitored by a responsible mentor.

Surrounded by a plethora of technology, children growing up today experience a different childhood than their parents. Kids receive smartphones and tablets at increasingly younger ages these days. This added responsibility of technology creates potential dangers that parents must keep away from their kids, but how much monitoring acts as too much?

“I think it all depends on what trouble you get into. I don’t think they should just randomly check your phone, but if you get in trouble they can,” sophomore Rashida Jalloh said.

While no parent would let their four-year old child watch anything they wanted to on streaming sites such as Netflix, opting for a “Kids” profile instead, a parent surprising a child with random checks on messages, search history, and pictures does not protect the child. No matter the age, a kid should not constantly worry about what a parent might find on his phone, whether the parent might find a too-violent game or a text message from a friend with a “bad” word. Parental controls on games and movies exist for a reason. Forcing a phone check upon a child acts as an invasion of privacy.

“Personally, I believe that parents should not check their child’s phones because it can lead to them believing they are not trusted,” sophomore Skylar Chan said.

Of course, parents want their children to stay away from online predators, oversharing, and exposure to inappropriate content, but other ways apart from consistent monitoring exist to prevent this. Verbally expressing concerns and outcomes of what could happen from viewing harmful information on the Internet to the child work better than just taking away a phone.

The goal of parenting and creating a self-sufficient adult proves difficult when adults invade privacy. Skyler Hawk, a social psychologist who studies adolescent development at the Chinese University of Hong Kong, says that as children experiment with their identities, they need space to figure themselves out. The desire for constant control damages the relationship between a parent and their child.

Hawk also says that when kids do not feel they can trust their parents, they turn ever more secretive. The child may sneak around and possibly land into more trouble than if the parent just respected his child’s privacy in the first place. When parents fail to give their kids privacy to make their own decisions, those children live without the chance to learn from their decisions. In an experiment performed by Hawk, parents that snoop around on their child’s technology report knowing less about their child’s whereabouts and their friends.

“I think checking phones does not prevent anything because kids just delete everything prior to [their parents] checking,” sophomore Abbey Corley said.

Intrusive parents prove to not only hinder the relationship with their child, but also hinder their mental health. When kids feel an infringement on their privacy, it can lead to anxiety, depression, and social withdrawal because they feel the parent’s doubt in the kid’s ability to function independently. Parents that intrude on their children’s personal lives also reported less confidence in their parenting ability, more anxiety about their parent-child relationship, and an increasing amount of worries about their child’s actions.

The ultimate way to respect children and allow them to develop their own identities involves giving them the privacy everyone should live with. Checking the phones of teenagers should not happen if it means risking the sacred relationship between parent and child.