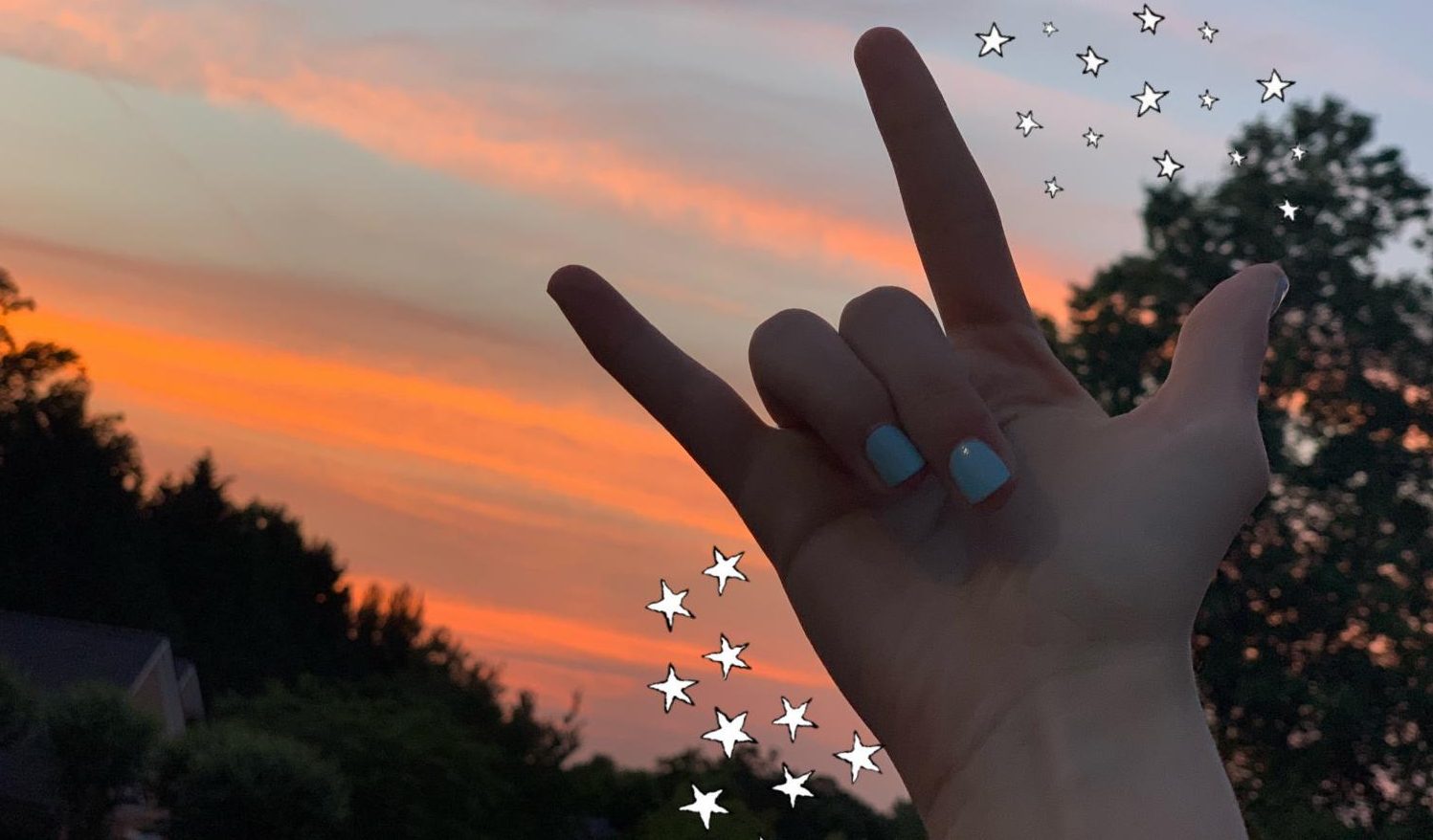 Signs of progress: the history of deaf rights

The deaf community, while becoming stronger in recent years, still struggles to gain the rights and recognition deserved. Deaf individuals face struggles as trivial as ordering at restaurants to as severe as wrongful imprisonment. Unfortunately, many “hearing people” in the world suffer from audism—believing hearing people are better than the deaf—which creates issues in everyday life. With 1 in 20 Americans and 466 million hard of hearing or deaf people in the world, audism remains by far outdated. Thankfully, deaf awareness became more widespread in recent years through American Sign Language (ASL) classes in schools, ASL clubs, and social media. All of the aforementioned help spread attention and creates a conversation that will lead to education about the rights the deaf need that they lack. 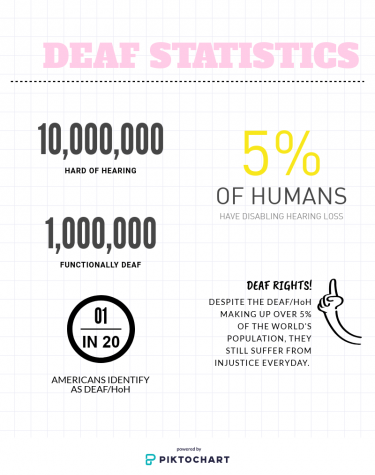 The Americans with Disabilities Act (ADA), passed in 1990, signed by George H.W. Bush and modeled after the Civil Rights Act of 1964, encourages a society where everyone possesses equal opportunity—regardless of disability or any other superficial factor. The act contains five titles that address a variety of problems that the disabled face.

Title one of the ADA addresses employers says employers cannot discriminate against those with disabilities when hiring, however, many deaf/hard of hearing individuals grow to realize that this law remains ignored. The second largest fast food chain in the world, McDonald’s refuses to abide by these laws.

In 2012, a deaf-mute man applied to work at a McDonald’s in Belton, Missouri. Upon learning that the man would need an interpreter for his interview, the store manager canceled it. McDonald’s Corporation paid $56,500 in a settlement after the man filed a lawsuit against the company but he still never received the job. This man’s story sounds familiar to many others who have stood in his shoes. About 70% of deaf and HoH individuals report feeling unsupported when looking for a job. While finding an interpreter for an interview may seem like an inconvenience to employers. Many deaf people have family members who will interpret and if not, the companies must provide one by law. Employers also express concerns relating to having a deaf employee even though the deaf use many resources to make them just like “normal” employees such as the ability to lipread and even the notes app on an iPhone, with an eagerness and determination to please not comparable to a hearing employee, the deaf/HoH serve companies as an asset.

“I believe that one of the biggest advantages of hiring a Deaf person is their out-of-the-box thinking. That’s where a lot of employers miss out. Employers that I’ve heard talk about their deaf employees often rave about their focus, drive, and passion for their job. This isn’t because they love their job but because they often feel like they have to prove themselves a lot more than their hearing peers,” employment specialist Mary Withem said.

Violating title one of the ADA keeps deaf people from living the independent life that they can and want to. Some want to keep deaf people under a rock and keep them from reaching their full potential.

Title two of the ADA addresses the government making services, activities, and programs accessible to the deaf and HoH, these programs including education, job training, living, and housing assistance. The Atlanta Area School for the Deaf, one government program, receives funding from the Georgia Department of Education to educate the deaf/HoH. Other government services include fire stations, police stations and some hospitals, all of which make accommodations for the deaf and HoH.

Title three of the ADA requires businesses such as movie theatres, hospitals, hotels, and other profit or non-profit organizations to make proper accommodations to serve the deaf/HoH. Although one of the most important, this section of the ADA remains the most violated. This law requires movie theatres to show occasional screenings of movies or provide specific theatres with subtitles, however, the accommodations mentioned on  NCG Acworth’s website do not meet the expectations because no movies with subtitles are advertised. Frequent violators of this rule, hospitals face trials over this issue far too often. In the case of Cheylla Silva, Silva had no interpreter present during her high-risk pregnancy and as a result, the South Miami Hospital faces a lawsuit. She recalls asking for one multiple time and repeatedly feeling dismissed or rejected. Like most, Silva only desired awareness With her lawsuit expected to go through to a local jury, Silva stands up for many deaf individuals denied critical information because hospitals refuse to provide an interpreter despite legal obligation. Child of Deaf Adults (CODA) and ASL teacher at NC, Christina Hopper recalls many times she had to go and interpret for her parents at appointments because the facility didn’t want to provide an interpreter.

“While on the phone with the office, they will often be stubborn and try to convince you to bring your own [interpreter],” Hopper says.

The communication problem can be fixed with some simple understanding, deaf people need interpreters or accommodations made at doctor’s offices. Legally, the offices must provide them, if this law is followed then the problem is solved. Violating this section of the ADA proves problematic because of the number of things that could go wrong and the deprived state that a lack of communication puts deaf people into. Starbucks, one business that spreads acceptance by following this law,  recently opened a deaf-friendly store in Washington D.C. and continues to make accommodations in stores across the US, Starbucks sets an example for other businesses to follow and they won’t need to worry about a lawsuit any time soon.

Education for the deaf/HoH is a problem that has made great strides in recent years. The Individuals with Disabilities Education Act ensures that deaf/HoH students receive proper education no matter where they choose to go to school. This law also developed individualized education plans (IEPs) and individualized family service plans (IFSPs) in order to make public education a possibility for CODAs and deaf students. This act creates a whole new world of opportunity for deaf/HoH individuals if they can’t access a deaf school near them, such as the Atlanta Area School for the Deaf which also uses IEPs and IFSPs. As well as the Individuals with Disabilities Education Act, Section 504 of the Rehabilitation Act of 1973 states that all people will get equal treatment from government-funded programs, including public school. Section 504 changed the deaf culture because deaf children were not forced to go into only private schools.

As technology changes and evolves, laws must change as well. In 2010, President Barack Obama passed the 21st Century Communications and Video Accessibility Act (CVAA) which made alterations to previous laws passed to accommodate modern technology. Title one of the act requires modern technology to be accessible and usable to deaf/HoH individuals for communications. Title one also states that the government can spend up to $10 million every year to provide access to technology, such as hearing aids, to people in poverty. The second title of the act addresses video programming and made closed captioning required on every program aired on television. Television programs that are uploaded online are also required to have closed captioning accessible. A monumental step for the deaf/HoH, the CVAA made awareness of the community more prevalent in everyday life. 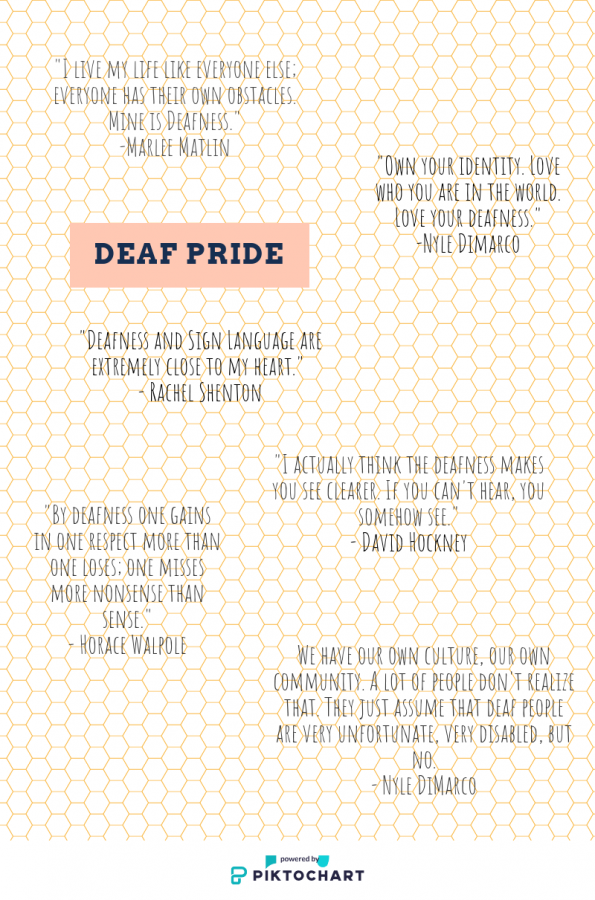 The Fair Housing Act prohibits landlords from discriminating against the deaf/HoH and allows them to make reasonable modifications and ask for reasonable accommodations in their homes. Allowing a deaf/HoH individual to have a service dog in their house, an example of reasonable accommodation accompanies many other small changes landlords may make. Deaf/HoH individuals often need to replace audio doorbells with visual doorbells that flashlights when someone is outside, a reasonable modification that the individual can make to their home if they pay for it themselves. The Fair Housing Act allowed deaf/HoH individuals to be more independent, safe, and comfortable in their own homes.

In conclusion, while awareness of the deaf/HoH community has increased in recent years, a gap remains between the hearing and deaf worlds that can be closed by one thing. Education. Educating hearing people on deaf culture, rights, and other important topics can create a sense of understanding between the two groups and make it easier to coexist and thrive. Social media has played a crucial role in bonding the two, hearing people can learn little phrases in sign on Instagram accounts such as @sign_and_see and grow to be more educated about the secret world that surrounds them.