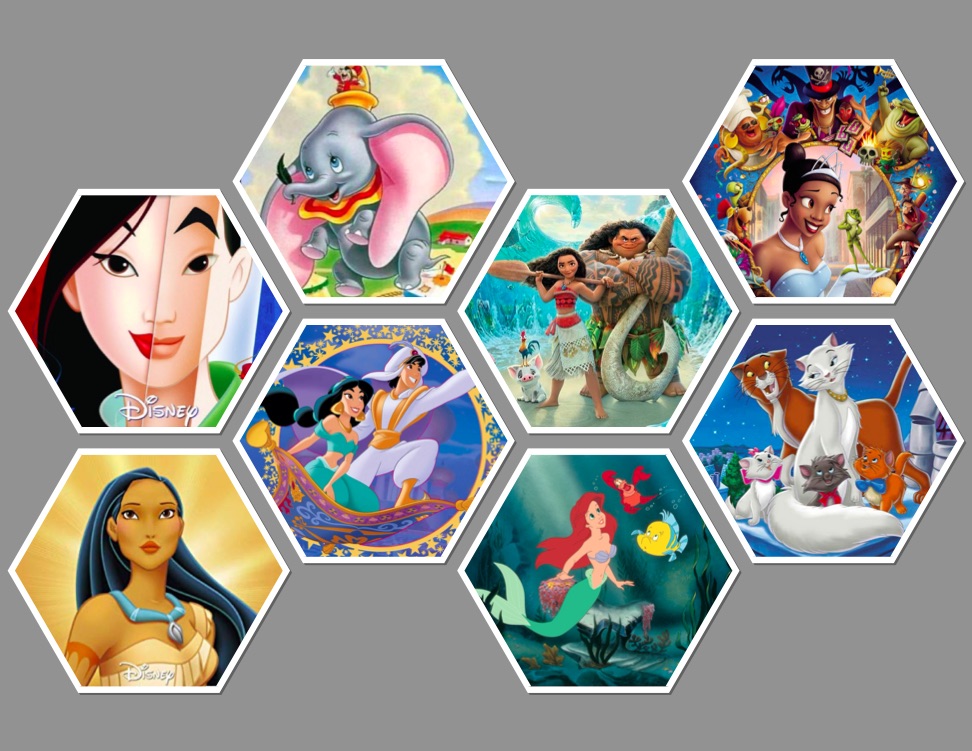 Even though over the past years, Walt Disney has improved its representations of international characters, however, the company still struggles to accurately portray each culture. Inaccurate depictions of racial stereotypes in several Disney movies such as Mulan, Aladdin, Pochahontas, Dumbo, Moana, Princess and the Frog, Aristocats, and The Little Mermaid, cause our society to view other races negatively. With the lack of deeper research, Disney continues to westernize and stereotype foreign characters to satisfy their western audiences. (courtesy of Disney)

Even though over the past years, Walt Disney has improved its representations of international characters, however, the company still struggles to accurately portray each culture. Inaccurate depictions of racial stereotypes in several Disney movies such as Mulan, Aladdin, Pochahontas, Dumbo, Moana, Princess and the Frog, Aristocats, and The Little Mermaid, cause our society to view other races negatively. With the lack of deeper research, Disney continues to westernize and stereotype foreign characters to satisfy their western audiences.

When Walt Disney created the Walt Disney Company in 1923, he did not expect his business to become such a huge success with a net worth of nearly $130 billion. With over 200 shows on its cable channel alone and 745 original movies, Disney has become a huge part of childhood. In 1955, a couple of years after its success on television, the company created its first domestic theme park: Disney Land in Anaheim, California. As of today, six Disney parks can be found in all parts of the world: Paris, Hong Kong, Shanghai, California, Florida and Tokyo, so that fans anywhere may experience the joy that Disney brings.

Disney released its first-ever fully animated feature film, Snow White and the Seven Dwarfs in 1937; since then, ten different princess stories were introduced to the world. However, it was not until 20 years ago after audiences started criticizing Disney’s diversity, did Disney start bringing characters from other parts of the globe into its animated world. Starting with the princess movie Aladdin in 1992, the company continued its promise of bringing more diversity for fans by also releasing movies such as Pochahontas and Mulan. Viewers, however, quickly noticed that Disney often displayed inaccurate stereotypes that gave viewers misconceptions of cultures and race.

For a perfect, fantasy world that Disney represents, the company’s movies do not perpetuate that at all. Dated all the way back from 1941, the famous children’s movie Dumbo coincidentally named one of the crows in the movie “Jim Crow,” referencing to the racially divisive laws put into place in America during the time of its release. The name itself, however, did not bring controversy to the table, but the way Disney portrayed the crows did. In the animation, the crows, who were characterized as lazy and rude, also spoke in a stereotypical heavy African-American jive while singing a jazzy song. This influenced children who watched the movie to connect the dots and drive negative stereotypes towards African Americans.

“A common problem I also see in Disney movies is that they kind of present a world where race and racism is not an issue. They never try to bring awareness to how negative the world treats people of color when in reality there have been so many issues involving racial segregation and discrimination,” senior Kobe Lester said.

Even though several critics pointed out Disney’s problematic depictions in Dumbo, the house of mouse did not stop them from producing inaccurate stereotypes in another one of their popular movies: Aristocats. In the 1970’s film, Shun Gon—the Siamese cat— displays Asian stereotypes as the writers gave the character Asian features such as slanted eyes and an obnoxiously strong Asian accent. Those who have watched the original Aristocats movie may have noticed a scene where the Siamese cat starts playing the piano with chopsticks while singing, “Shanghai, Hong Kong, Egg Foo Young!/Fortune cookie always wrong!” After Disney released a DVD version of the animated film in 1994, they finally decided to cut out the seemingly disrespectful scene for their Asian audience. However, Disney made the same mistake as they used the same slanted eye feature and exaggerated Asian accent for the Siamese cats in the 1995 movie, Lady and the Tramp.

A Disney fan sitting down with the family, trying to enjoy a princess movie may not even realize the inaccurate stereotypes found inside the silver screen because the writers make such controversial portrayals of different ethnicities and cultures rather subtle. It almost seems as if the authors know it may become problematic, yet they still want to include it.

“There’s a degree of accuracy for the sake of appeasing people but at the same time if you’re trying to make an entertaining story for a ton of people, they’re going to take some liberties,” senior Neomi Carrillo said.

For example, one of society’s favorite princess movies, The Little Mermaid, includes a lobster with a Jamaican accent, named Sebastian, and a blackfish named Diva Diver both of whom possess stereotypical black features such as full lips and droopy eyes.

Later in 1992, when Disney released its first non-white princess movie, Aladdin, a large portion of the Middle Eastern audience became furious over its portrayal of the Middle East. To begin with, the original story of Aladdin was set in China, yet Disney disregarded history and decided to set it in the Middle East. Yes, Disney made a huge leap forward for releasing their first colored princess, however, the fact that they stereotyped Arabs as controversially barbaric trumped any accomplishments. The two main protagonists of the story were also given Anglo features while the villain held stereotypical Arab features such as dark skin, small eyes, and a wide nose.

While some viewers excuse the insensitive stereotypes Disney depicts as outdated but states that those depictions have changed in the 21st century, the billion-dollar company still seems to stereotype and misinterpret other countries’ cultures in still more recent movies as well. In the 1998 animated action film, Mulan, the production inaccurately stereotypes the Hun Chinese by depicting all of them as evil and using dehumanizing characteristics such as grey faces and yellow eyes.

“Even by American demographic standards, representation at Disney isn’t great. They’re doing better than they were back then but if Disney’s still stereotyping people then we’re not progressing at all. It’s a type of diversity that is made to appease white people who aren’t experienced with whatever culture is being stereotyped on screen and that’s not exactly what they should be aiming for. They need to be able to show different races and ethnicities as people with depth of character because in real life, people are much more complex,” Carillo said.

As the 21st century arrived, the Walt Disney company demonstrated an even larger spectrum of international characters, representing different cultures. Although their international audience increased, it did not mean all the viewers were satisfied. When the corporation released its first black princess motion picture, Princess and the Frog in 2011, critics began to notice that they made the prince Middle Eastern instead of black. Even though Disney created its first princess movie to represent black culture, it seems they still lack the representation of a titled black male. By allowing characters to use voodoo in the movie, it depicts common stereotypes viewers may misinterpret: black people are portrayed as evil and scary.

The most recent controversy includes Disney’s 2016 animated picture, Moana, and how they negatively stereotyped the Polynesian people. In the movie, Moana’s demigod, Maui, was criticized for receiving “half pig half hippo” features which leads to the contradictory stereotypes of identifying Polynesian men as obese and dimwitted.

Since its creation in the early 1900s, the Walt Disney Company has managed to stereotype race and later moving on to stereotyping cultures. With the lack of deep research, Disney tends to westernize their movies to properly fit the western audience by filling in the gaps of what they think would fit even if deemed inaccurate.

“Doing a lot of research is expensive which means your taking in less money. Disney is always trying to follow this general Disney formula where they have a female lead that meets a man, they fall in love, they fight a villain, and at the end, they live happily ever after. In order to make that profitable Disney movie formula, they have to completely disregard the actual culture and where they come from so then, they create these offensive inaccuracies just to make a profit,” Lester said.

Due to these misconceptions that Disney frequently movies display, it teaches all the young children who grow up watching to look down upon people of color and stereotype their cultures negatively. As these movies replay over and over again on the screen in front of children, the subliminal messages may stick into their brains and influence them to discriminate against anyone that looks or acts differently. The inaccurate stereotypes found in such films have affected the way our society views color and culture from a negative perspective.

“Growing up and watching these misconceptions being displayed, children can start to belittle themselves because of where they come from. They may start to undervalue their culture and what makes them unique and special,” Carrillo said