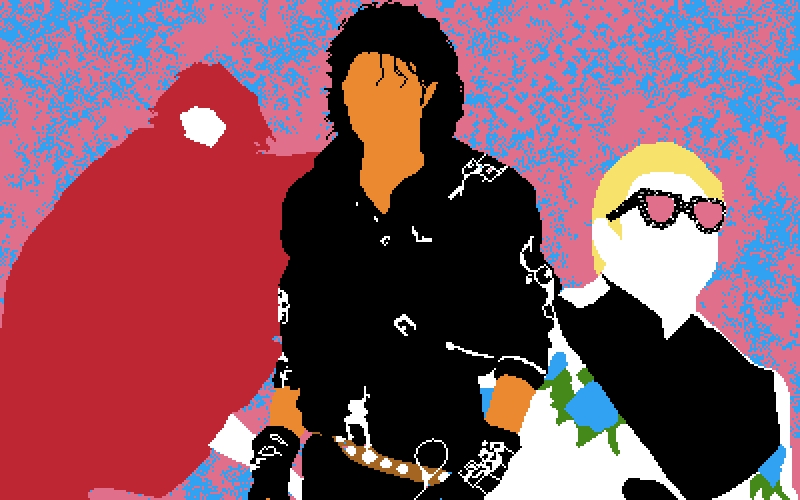 Icons like Michael Jackson, Kate Bush and Elton John remain relevant decades after their prime. Their album sales broke countless records, and their performances filled out titanic auditoriums. Their impact remains nothing less than palpable after all these years, but this begs the question: do stars like this still exist today? (Dominik Perez)

Icons like Michael Jackson, Kate Bush and Elton John remain relevant decades after their prime. Their album sales broke countless records, and their performances filled out titanic auditoriums. Their impact remains nothing less than palpable after all these years, but this begs the question: do stars like this still exist today?

How streaming killed the icons

Music icons like Elvis Presley, Michael Jackson and Stevie Nicks made their grand debuts decades ago, but remain household names after all these years due to their sheer popularity and innovation within the music industry. One cannot say the same for numerous chart-topping artists from less than a decade ago such as The Black Eyed Peas, OneRepublic or Ke$ha. Despite their fame at the time, numerous artists of recent years fade out of the public consciousness after their time in the spotlight. This sudden disappearance of idols merely reflects the ways in which people consume music and media, in general, have changed drastically in the past fifty years.

Our entertainment experiences have become far more personalized and unique on top of the now excessive ease with which one can access any form of media. This has allowed for individuals to more thoroughly explore their specific tastes instead of finding themselves stuck with what their record store deemed worthy of stocking on their shelves.

“A lot of the current pop artists are pulling from past artists. [For instance] Bruno Mars reminds me a lot of Michael Jackson. Not only in his tone and style of music, but his dance moves as well. Watching Bruno Mars feels like watching Michael Jackson in today’s modern pop concert setting,” chorus teacher Holly Botella said.

Does this newfound freedom and individuality in the consumer’s world correlate with the drop in longstanding and recognizable musicians, or could the downward trend simply tie itself to the possibility our society has begun to run out of innovative music?

While the idea sounds wild, it remains a possibility due to the fact that composers can only utilize a set group of notes for their sound. However, when one takes into account the fact that 30 trillion possible notation patterns exist for pop music alone, it shows that while the well of music may run dry one day, that day lies far off in the future.

So with the notion that the world may run out of music anytime soon ruled out by mathematical improbability, that leaves targets like a failing music industry and more personalized music experiences to pin the blame on.

Record labels have become synonymous with the term “music industry”. The companies take the business side of things out of the hands of the artists by advertising for them, providing funds to record and produce their music and arranging tours and public appearances. While the idea of allowing a third party to handle the less glamorous side of making music so that a musician can focus almost entirely on fine-tuning their art sounds enticing, it provides a great opportunity for the said third party to take advantage of them and prevent them from fully expressing themselves. As history shows, record labels never miss this chance.

Record labels like Universal Music Group and Sony Music Entertainment take up over half of the record label market share as of 2020. These labels work with artists like Taylor Swift and Billie Eilish to produce phenomenal albums but at the cost of risking financial and artistic rights to their art. For instance, while signed with Big Machine, Taylor Swift wrote and produced six albums, each of which rocketed her further and further into popularity, but she did not own the masters to them. This led to Scooter Braun, an American media proprietor, purchasing them and causing Taylor to lose whatever further profit the albums would produce. While the selling off of the rights to her albums remains detrimental in and of itself, the problem did not start there.

Taylor, like countless other artists, accepted a cash advance so that she could make the album, in exchange for the rights to the masters to belong to Big Machine. This meant that all further profit would go directly to them. This extremely common model makes the music industry the cash cow that the public has seen it as for the past sixty years at the loss of artists who make the very music they profit from.

“Depending on the label, they can be too greedy when it comes to deals with artists. Although the music industry can be a difficult one to get into, it all depends on the artist’s goals. This also circles back to music industries preying on newer artists, offering them unfair deals that they aren’t aware take advantage of them. An example of a fairly good company is Warner Music Group, which allows for artists to have freedom over their music while still making fair deals with them,” Senior Cameron Price said.

Prior to the internet, musicians who desired to make a living off their craft and longed for a spot in the limelight were left with little choice but to take shady deals like this if they wanted to see their dreams become a reality. This has begun to change entirely thanks to streaming services such as YouTube, Spotify and Soundcloud. Not only can artists get the music they make out to the world with relative ease, but the cost of producing the music itself has fallen so dramatically that some can find success from the comfort of their own bedroom (this has led to the rise of genres such as Bedroom Pop, a form of indie music marked by its homemade feel). With the newfound freedom of the modern musician, Record Labels begin to die off as artists decide to go solo on their musical venture or join together to make artist-centric labels.

Flightless Records makes for a titan amongst these newfound labels. The company got its start in the bedroom of Eric Moore, former drummer for the label’s flagship band, King Gizzard and the Lizard Wizard. The label itself works closely with the multiple Australian bands signed to it and makes most of its profit off of vinyl record sales instead of attempting to cut the musicians off from the rights to their music.

Labels like Flightless Records promote their artists across social media, a comparatively cheap alternative to the once necessary process of purchasing ad space in magazines, radios and televisions. Streaming services do their part in providing musicians with an opportunity to blow up as well, with services such as Spotify curating countless playlists that highlight every music genre one can imagine.

These playlists change regularly to reflect what users listen to the most, as well as tracks that show the promise of becoming a hit. By utilizing two different styles of playlist (editorial and algorithmic) Spotify encourages both passive and active listeners to explore new music. The editorial Spotify playlists like Rap Caviar and my life is a movie receive hundreds of thousands of listeners every month. Artists featured on these playlists find themselves greeted by countless potential new listeners, but those that listen to editorial playlists tend to have more passive listening habits which makes them less likely to become supportive fans.

“I use Apple Music and Spotify. I think Apple Music and streaming platforms, in general, allow me as a listener to experience music in a new way, allowing for easier accessibility to music I never knew existed. Streaming platforms definitely helped ease me into different music genres because they are all just a click away,” senior Leo Lichtenstein said.

Despite that, the editorial playlists still make for great exposure, but most Spotify musicians will find their fan base through the algorithmic playlists. A Spotify listener gains access to numerous playlists like Discover Weekly and Daily Mix that come filled with new music an artificial intelligence selects based on their listening habits. Through this, a Spotify User can discover new artists regularly and develop a truly unique music taste.

“My primary music streaming service is Spotify, and it definitely has let me branch out to find lesser-known artists that I wouldn’t have found out about through hearsay,” Price said.

Does this unique music taste come at a cultural cost, however? Without the restrictions once present on consuming music, the culture around it has become far less generalized. Discovering music no longer relies on what the radio chooses to play, or what your friend may have in their record collection. Instead, a music fan in the twenty-first century finds themselves listening to music they themselves handpicked from an incomprehensibly large wealth of music from across the globe.

These restrictions once created an environment in which musicians like Michael Jackson and bands like Queen could become household names. Now with such freedom, people’s tastes have become far more diverse and individualized. Popular musicians did not disappear in the modern day, but instead, the lack of icons stems from the fact that the number of popular musicians has become drastically larger. In the years between 2017 and 2020 alone, over 14k artists found themselves racking up over $50k from Spotify streams alone. With Spotify’s abysmal payout of $0.0035 per stream taken into account, one can see that those musicians received millions of listens during that time span. Those streams only make up a fraction of the attention listeners gave to those artists, however, as those numbers only account for Spotify and none of the other widely popular streaming services like Apple Music, YouTube Music and Soundcloud.

With all of this taken into account, it becomes clear as to why so few musicians receive treatment reminiscent of decades prior. While big names like Lil Nas X and Billie Eilish often see the comparison to older pop stars, they fail to take the same hold on pop culture that bands and solo artists alike used to.

While some blame it on a subjective factor such as the lack of creativity in modern music, the truth remains that the real cause for the death of idols stems from music as a whole becoming more individualized. It has become exceedingly less likely to see an artist bend to the whims of their label and audience and instead create the art they truly want to produce, and the reverse remains true for the fans. Listeners hold more freedom than ever before seen in terms of the media they consume, specifically what music they listen to. No longer do record labels rule the industry with an iron fist, so the cultural idolization of the artists they choose to promote has died out in favor of what the listener decides to support.