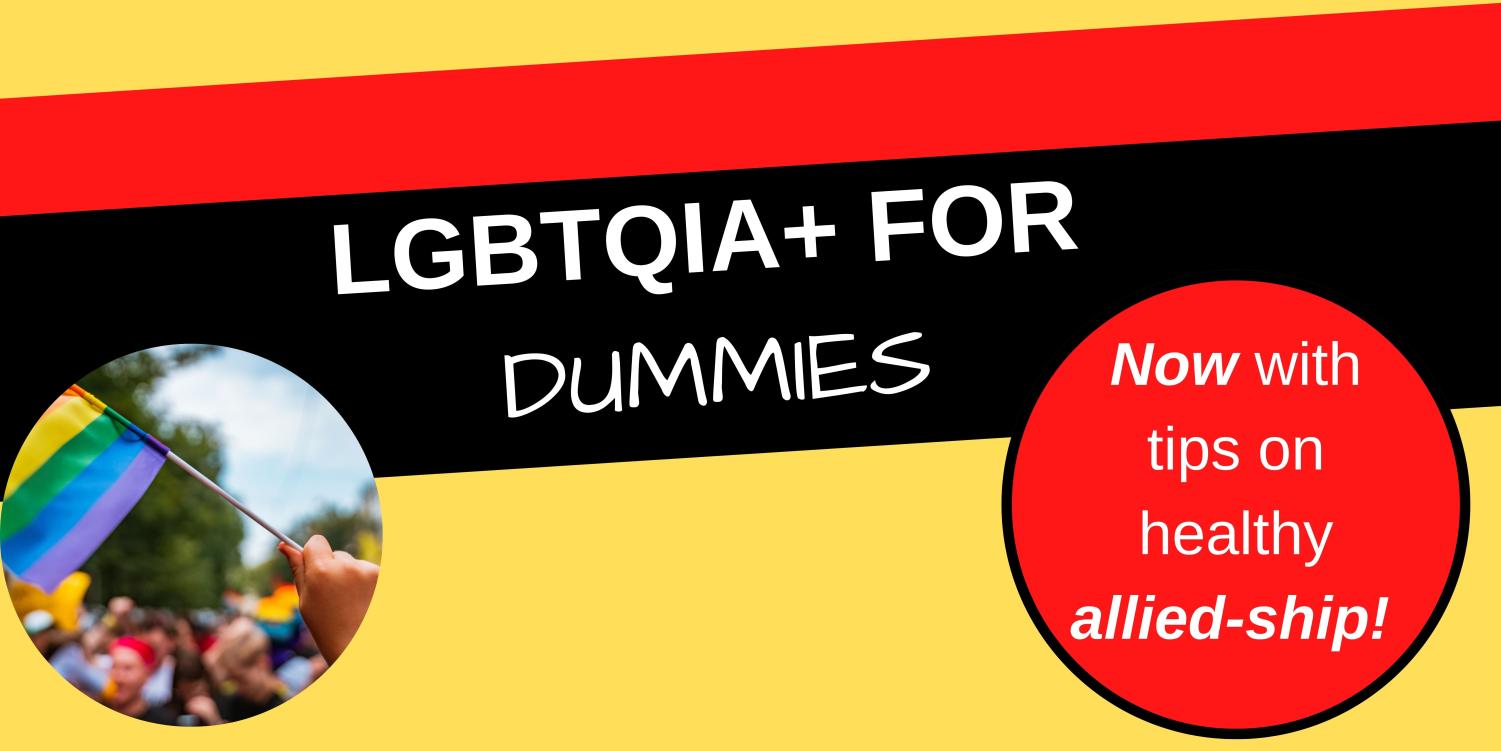 The unknown mystifies countless people across the globe. A major fear, entrapment and community that people align with remain the LBGTQIA community. The relationships people gain from the freedom to express it overpower the controversies and confusion around it in recent years. However, misinterpretations on how to properly respect those still linger within the community. Luckily, modern resources can help. (Zioni Moore)

The unknown mystifies countless people across the globe. A major fear, entrapment and community that people align with remain the LBGTQIA community. The relationships people gain from the freedom to express it overpower the controversies and confusion around it in recent years. However, misinterpretations on how to properly respect those still linger within the community. Luckily, modern resources can help.

The Hitchhiker’s Guide to the Queer community

Love comes in a variety of forms; the expressions in which it manifests far exceed the number of words available to encapsulate the feeling. When searching for a word, joy may come to mind.  Others could comment all-encompassing. Regardless, the guidelines that Western society  (and later the rest of the globe) has placed on love rely primarily on the following: gender expression relative to traditional norms, sexual attraction to sex(es), and identifying that the previous factors always work within a spectrum.

Over the past couple of decades, the scientific community has worked diligently to create definitions for the ever-morphing guidelines within sexuality. However, as for the  “neutral” standpoint of sexuality’s (in this case, heterosexuality) definition, researchers generally agree that heterosexuality requires sexual and romantic attraction to the opposite sex. This attraction includes thoughts, fantasies, emotional attachments and even dreams. Homosexuality, undoubtedly creates a stark contrast to its counterpart, with all those dreams, fantasies and sexual desires becoming attributed to the same sex. Based on the empirically endowed Kinsey scale, a person’s sexuality could fluctuate between any of the 6 points, with 0 identifying as “exclusively heterosexual”, 3 as “equally heterosexual and homosexual” and 6 “exclusively homosexual”.

However, sex and gender identity also work on this sliding scale, with a normative man, intersex and a normative woman representing the major differences respectively. A person’s sex directly relates to their anatomy and chromosomes; for example, someone with the “X” and “Y” genes would qualify as a “normative” male. Gender differs from sex in the sense that it revolves around the identity of oneself. This causes the spectrum that includes cisgender men and women and the cluster of people who do not identify with their birth sex. In other words, individuals who psychologically identify with their sex given at birth fall under the category of cisgender, while genderqueer, non-binary, pangender and trans people all respectfully fall under the opposite side of the spectrum. The realm of gender expression showcases how a person could potentially “communicate” their gender to other people; a person could showcase themselves as masculine, androgynous, or feminine.

“I’ve heard from several straight people that [being] asexual isn’t a thing. I’ve heard that I wouldn’t know because I haven’t actually done anything. It’s a lack of attraction, not a lack of anything physical. Yet sometimes I’m still pushed from LGBTQ spaces, as even allies have said I’m not included. My identity means a lot to me,” junior India Platt said.

Regardless, any gender identity, expression, sexual orientation and behavior that differs from the heteronormative, cisgender societal rules belongs within the LBGTQIA+ community.

Each letter within the acronym shares an interesting legacy in the history books. Lesbians “came” first, with the archives of lesbian love stemming from the Greek poet Sappho during 570 BC, from which she lived on the Islands of Lesbos. Her contributions, which include her most famous “Ode to Aphrodite” (the Greek goddess of love, sexuality and beauty.) Her impact caused the words “lesbian” and “sapphic” to enter the English lexicon, both relating to woman-loving-woman (WLW) identifying individuals to this day.

While queer people have existed long before written history became a reality, the words describing the bulk of the acronym truly blossomed within the 18th century, particularly for gay men. Before “gay” began to be used as a blanket term for anyone within the community, journalist Karl Ulrichs coined the term “uring”, which became outshined by “homosexual” developed by Karoly Kenterbery. He also created the term “bisexuality.” Transgender people have faced severe adversity within the community and outside of it; only becoming included within the “LGB” acronym during the late 90s.

Regardless of the history revolving around the literal words used to identify individuals within the community, the actual history of people remains contradictorily convoluted yet evident. While heavily debated, the Bible revoking homosexuality remains commonly accepted, and during Ancient Greece, homosexuality and queer identities thrived. Additionally, Native-American and Pacific Islander concepts like  “two-spirit” exist; the notion that queer culture and lifestyles only began in the modern age just blatantly ignores well-documented history.

Not to mention, the history brought in the modern age, as expansive as it appears, continues to become suppressed in the coming years. Queer culture shines in its ability to become so expansive, and that very need for expression and acceptance led to a plethora of advancements and conflicts within history. Most could comment that the beginning of LGBT rights began during the 60s, post the Stonewall Riot–a revolutionary event started by legendary trans woman Marsha Johnson, throwing the first brick at police officers who raided the popular gay club during the time.

“Some straight people just see you as your genetics. We’re people; I’m a person with values and beliefs and dreams,” magnet senior Shani Clark said.

The cycles that form from homophobia cause destructive ripples throughout straight and queer communities alike. Defined as the “irrational fear” of queer communities, most people do not understand that it comes with differing levels and intensities, ranging from complete repulsion to “acceptance”. Especially when it comes to the nuanced form of “acceptance”, this includes the overall notion that having a relationship (platonic or otherwise) with someone within the LGBTQ community requires a mental loop to jump through. While admittedly not as dangerous as outright disgust, the implications that straight people must stand against a status quo remain severely damaging for the queer community.

Additionally, homophobia damages the straight community as well. Standards within straight circles make it difficult to form close bonds to the same sex without the misconception of queerness. It also causes extreme harm to self-expression, because it creates rigid structures around creativity. Not to mention it adds to the erasure of queer people, with the combination of blocking education out of fear of “induction” and support from a sense of self-righteousness. This deadly combination has led to the millions of lives lost from the AIDS epidemic and the thousands from daily hate crimes.

However, neutrality, as logical as it seems, does not account for the needs of the queer community. Deaths among young trans children have skyrocketed since 2019. Anti-gay and trans legislation increased dramatically across the United States this year alone. Calling oneself an ally and still staying neutral to these issues remains a crime in itself; it directly and overtly ignores the very real issues the LGBTQ+ community continues to face today.

This does not mean straight people can not do anything. Looking into oneself for internalized racism, researching and funding queer support groups and amplifying their voices remains a fraction of the help that allies could provide.

“A true ally is someone who respects others’ choices and their identity. Even if you don’t exactly understand what their labels are, an ally should understand that’s a part of their identity and respect it,” Platt said.