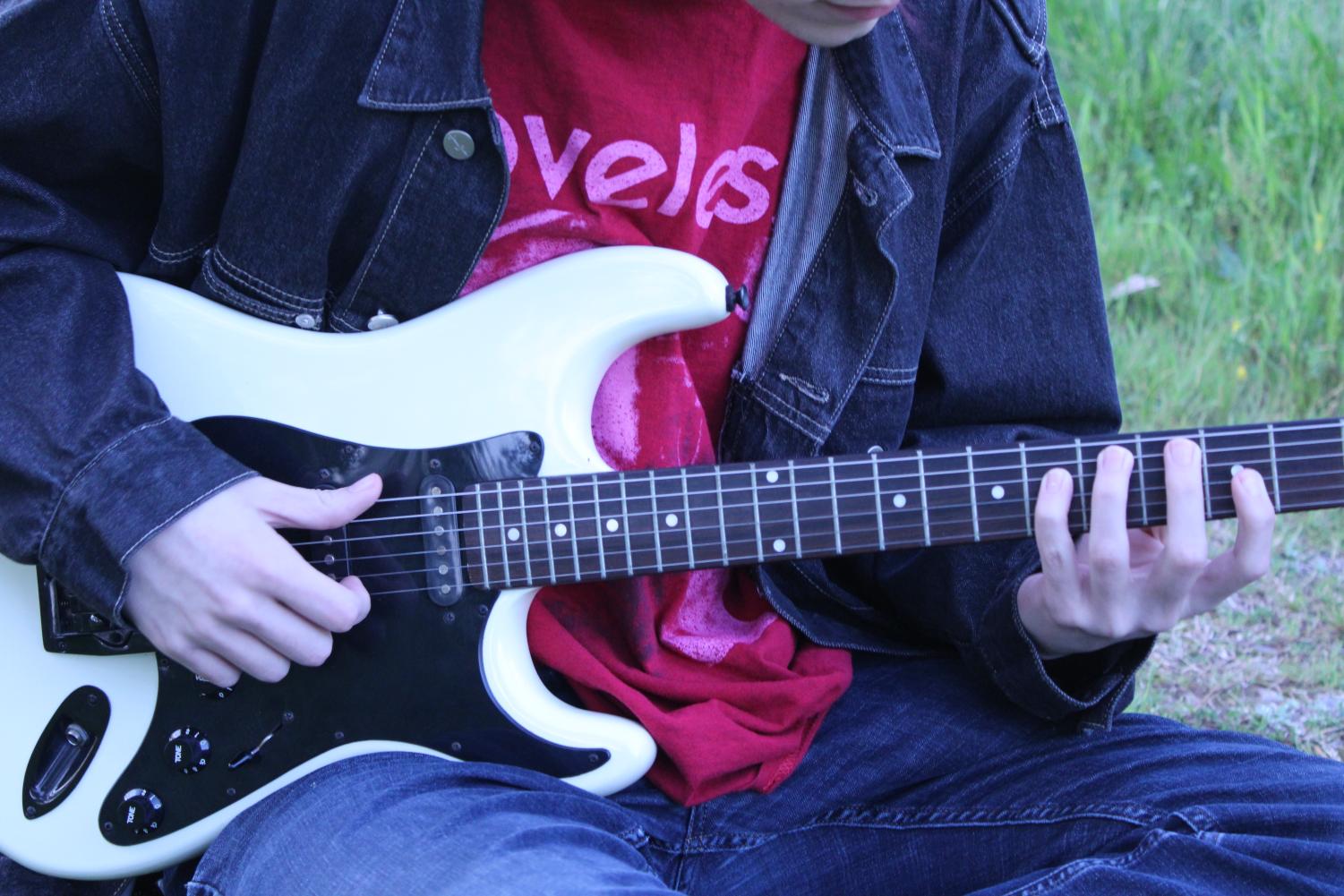 Falling into the final category in Maslow’s hierarchy of needs, creativity manifests among humans in infinite forms. Due to its prevalence among cultures and subcultures, music exists as one of the most common ways that people explore and appreciate creativity, especially in local music scenes. (Jenny Loveland)

Falling into the final category in Maslow’s hierarchy of needs, creativity manifests among humans in infinite forms. Due to its prevalence among cultures and subcultures, music exists as one of the most common ways that people explore and appreciate creativity, especially in local music scenes.

In the age of an ongoing pandemic, the world migrated to the internet. Jobs, social lives and education grew further entrenched in the digital realm, a shift that left the masses feeling alienated from each other and sometimes even from the physical world. With this catalyst and other individual realizations, physical creative hobbies have become a way to combat the detachment that life lived through a screen suffers from.

“I realized how important it was for me personally that I did something that I did not feel alienated from. At that moment for me, I started making toys, and it’s one of the big things that I do, and the point of that for me was to have a place where I saw completely from beginning to end [that] this is the thing that I created. This is a physical thing that has come out of the things that I did,” Ellijay Makerspace owner Andrew Roach said.

Those who appreciate the hands-on nature of their hobbies receive the chance to recharge and revitalize themselves every time they enjoy their craft. However, hobbies based in the physical world frequently come with high expenses. For those suffering from financial hardships, the possibility of turning any hobby into a side hustle provides undeniable benefits. Selling the product of their creative work allows them to earn money from something they already do for enjoyment. Known as hustle or workaholic culture, this mindset permeates modern America, a strange inversion of the advice frequently attributed to Confucius: “Do what you love, and you will never have to work a day in your life”.

This inverted model, however,  can quickly turn on those following it as the act of marketing a hobby can kill any enjoyment previously gained. Although a significant portion of the population suffers from financial insecurity despite working long hours, the section of people that enforce workaholic culture without a need only worsens the issue. By shifting the blame for poor wages and high living costs onto those suffering, large scale societal change becomes delayed. Ultimately, people deserve the option to achieve fulfillment outside of their careers without the pressure to always create in a way that they can market.

“It’s a thing that worries me sometimes whenever you talk about creativity because it can have this kind of feel that it’s just nice, you know, or it’s warm or it’s something pleasant. It’s not. It’s vital. It’s the way we heal each other. In singing our song, in telling our story, in inviting you to say, ‘Hey, listen to me, and I’ll listen to you,’ we’re starting a dialogue. And when you do that, this healing happens, and we come out of our corners, and we start to witness each other’s common humanity,” actor, writer and director Ethan Hawke said.

Consciously or unconsciously, this connection occurs as people gravitate toward creative spaces that center on shared interests and values. Throughout time, this manifests itself through subcultures and their spaces, thriving in house shows, record shops and in-between places that attract people united by a common desire for creation and self-expression.

Ape Obelisk, an up-and-coming do-it-yourself music festival, provides the place for a growing group of Atlanta natives, primarily college students looking to share and enjoy original music. Started as a house show by college students Harrison Tillou and Micheal Volbract in August of 2021, the festival began to attract an increasing number of attendees, eventually necessitating a venue change to accommodate the horde. As the festival gained traction, organizers and attendees have grown to love the community that it has gathered.

“We’ve given these people an opportunity: a place to just go in, be themselves, dress however you want, act however, kind of just to enjoy music and just meet other people and get connected that way and express yourself in any way you choose to express yourself. It’s just kind of special,” Tillou said.

In other places similar to Ape Obelisk, connections made through creativity flourish. Local workshops and classes as well as online spaces where people gather to support and enjoy each other’s innate creativity provide this chance for various connections.

Nestled in the hills of Northern Georgia, the Ellijay Makerspace’s name explains its purpose and function. The brainchild of Andrew and Amber Roach and Ryan Stoyer, the Makerspace houses areas for a comprehensive variety of crafts and skills, including but not limited to ceramics, recording, book printing, film processing and coding. The format of the Makerspace allows it to become a recording studio, workshop and tool library with an emphasis on education and community, requiring only a set weekly fee for access to the space and tools. This opens up the possibility of creative pursuits that would otherwise come with extreme upfront costs affordable and accessible.

By eliminating much of the financial barrier that comes with artistic pursuits like recording an album or learning screen printing, places like the Makerspace allow the average person to experiment creatively without the pressure to make something that will pay off the costs of its materials. Affordable classes or groups for hobbies can also help remove certain mental roadblocks that may come with beginning a hobby, frequently providing a built-in support group of people with the same interest. In these spaces, those looking to connect with others and expand their community can receive the chance to do so.

Similar interests commonly play a role in the complex blend of factors that help relationships form. Studies show that music taste correlates with personality, and the combination of shared interests and similar traits often lends itself to forging meaningful bonds between people. However, even without other noticeable similarities, a shared creative interest can provide people with the start that they need to find their commonalities.

“We [friends in an art class] came together over just that single thing, over art. Really, [art] just like sets that tie and then you have a lot more room to set other ties like ‘Oh, we both like music,’ or ‘Oh, we both like this kind of show or this or this?’ It opens a really big gateway… But for any kind of art, it’s just something common,” junior and AP Art student Rei Denton said.

Among the joy and fulfillment that creativity and connection brings, insecurity and the societal expectation that one must make palatable and polished art from the beginning (and forever onwards) can prevent people from immersing themselves in a hobby that challenges them creatively. Frequently and unfortunately dismissed as “childish”, the practice of exposing oneself to a new creative experience holds benefits beyond the initial novelty, whether the explorer investigates pottery making or a new genre of music.

“Creativity is not a thing for children. It doesn’t go away when you stop being a child, so the thing that I would say to any adult out there who was considering a creative hobby is do it. You have nothing to lose. The worst thing that could happen is you might look silly,” Mr. Roach said.